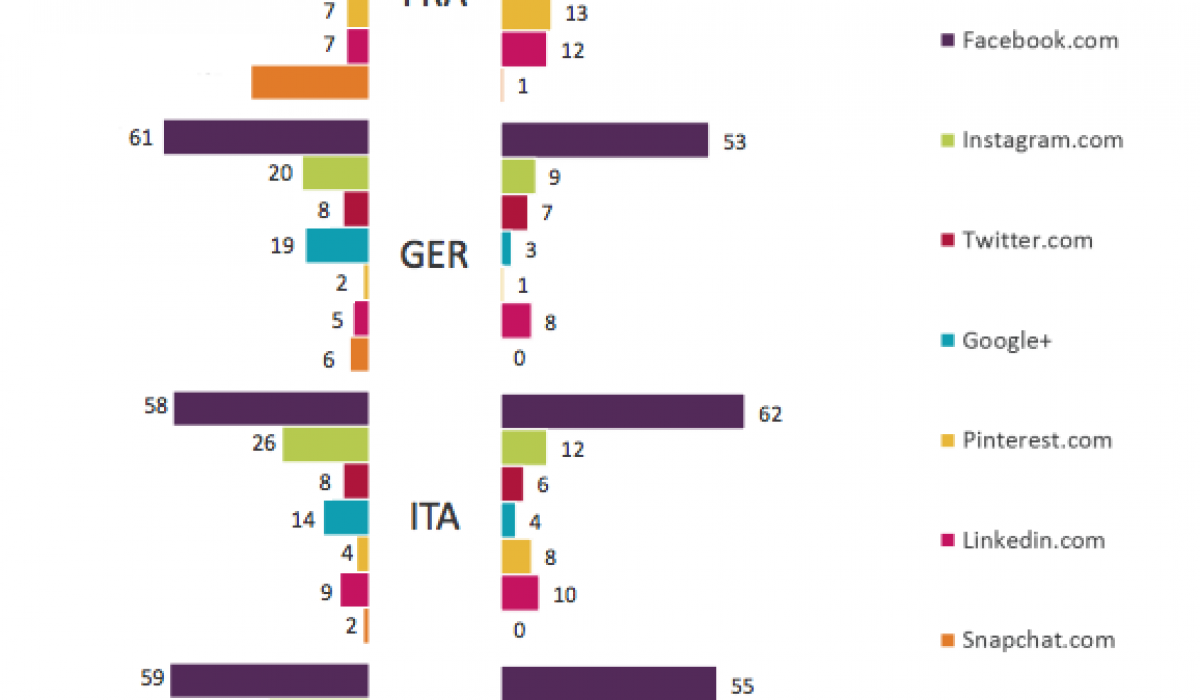 In a recent report by Ofcom, ‘The international communications market 2017’, global comparisons of social media reach has been revealed. The use of social media in marketing is vastly popular because of the potential reach of worldwide customers, and although it’s become a ‘pay-to-play’ arena for most businesses, there is still potential for organic reach if used correctly and strategically.

With the vast range of social media platforms readily available for marketers and advertisers to promote their products and services, one of the hardest challenges is determining which platform is best. However, not only do you need to know which platform your target audience is using, but which device they using and what geographical demo-graph is most popular to get a holistic view of where you need to target. All this customer research is vital to achieving a well executed social media strategy plan that reaches audiences. 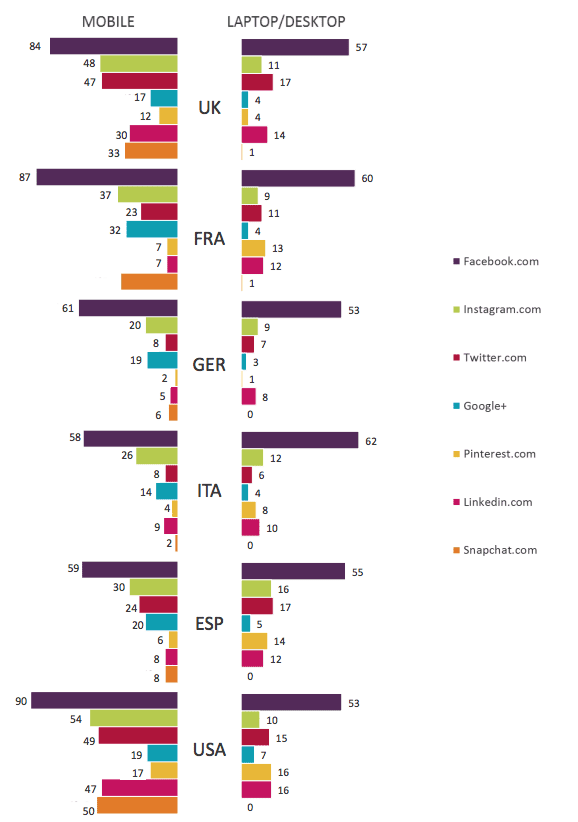 The visual social platform, Instagram, is the second widest reach on mobile. This isn’t surprising since Facebook acquired Instagram in 2017 and was primarily created as an App that has only just started to branch out to desktop, with limited similar working features. Much like Instagram, Snapchat is primarily used on Mobile as an app – however, what is surprising is the popular usage of Snapchat in the United States. Since Instagram released ‘Instagram Stories’ it becomes a direct competitor and saw it’s users level out rather than rival Instagram’s growth.

However, the use of social networks in the USA and UK is far higher on mobile than desktop. Showing, more than ever, that companies need to take mobile responsiveness seriously and start optimizing for this device or else they risk users quickly bouncing off their site.

What does this mean?

As of September 2017, Facebook announced in their Third Quarter 2017 operational report that there was 1.37 billion daily active users, an increase of 16% year-over-year. Using Facebook to help increase potential reach and awareness of your product is vital – after all, you can use this for free. It is a great way to set up company pages and communities for customers to help reach and engage customers in your product or service. This report shows that if you plan to invest in at least one social media network, Facebook would prove to provide the widest reach of potential customers (just make sure your customers are using Facebook – if they aren’t it may be better to invest in another social network).