Photo credit: NASA
The Raikoke Volcano on the Kuril Islands rarely erupts, as it most recently exploded in 1924 and in 1778. However, its dormant period ended around 4:00 a.m. local time on June 22, 2019, when a large plume of ash and volcanic gases shot up from its 700-meter-wide crater. This incredible image was captured by astronauts aboard the International Space Station of the volcanic plume rising in a narrow column and then spreading out in a part of the plume known as the umbrella region. Read more for the full image and additional information. 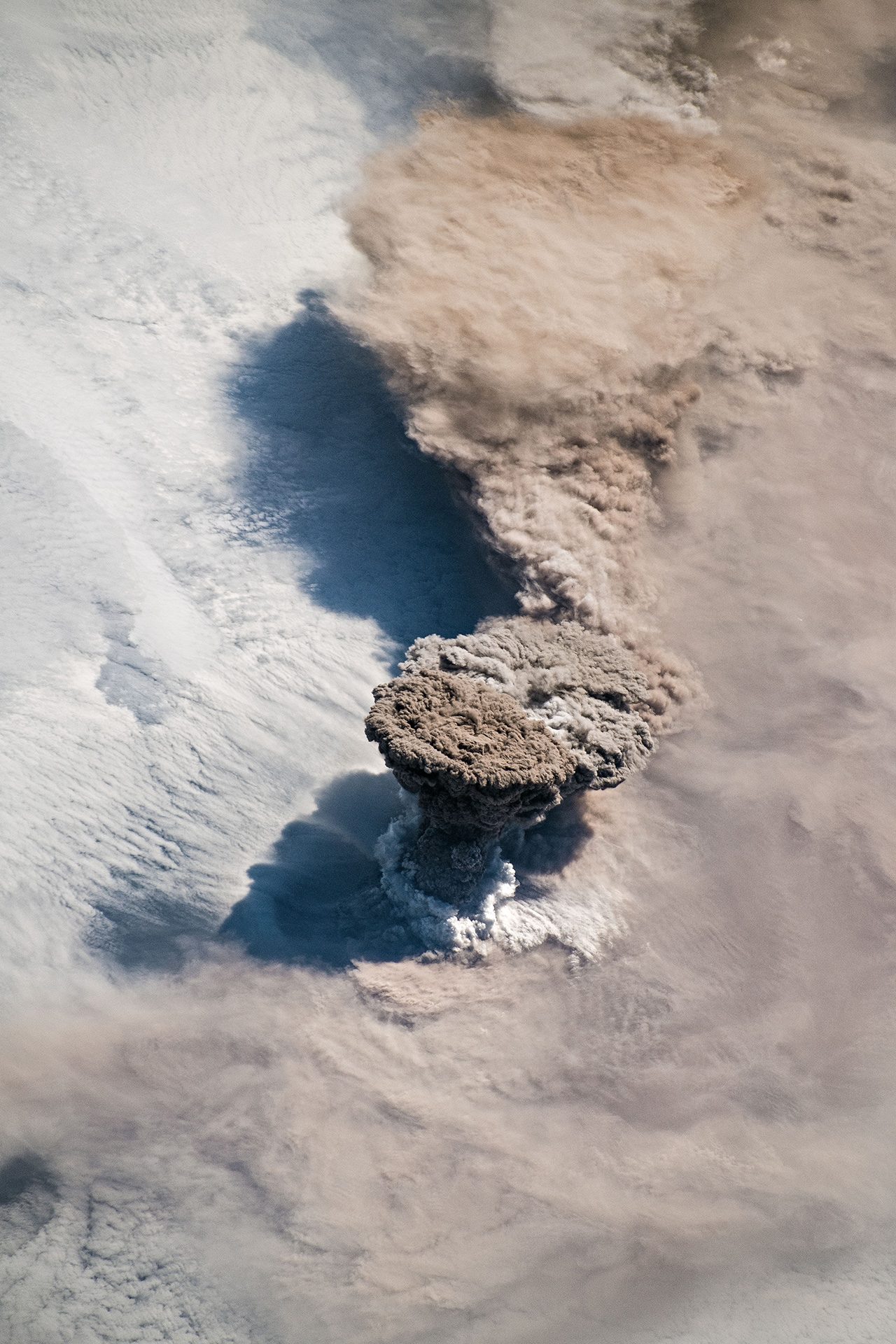 The umbrella region is the area where the density of the plume and the surrounding air equalize and the plume stops rising. The ring of clouds that you see at the base of the column is water vapor. Several satellites also observed this event as the thick plume rose and then streamed east as it was pulled into the circulation of a storm in the North Pacific.

What a spectacular image. It reminds me of the classic Sarychev Peak astronaut photograph of an eruption in the Kuriles from about ten years ago. The ring of white puffy clouds at the base of the column might be a sign of ambient air being drawn into the column and the condensation of water vapor,” said Simon Carn, a volcanologist at Michigan Tech.