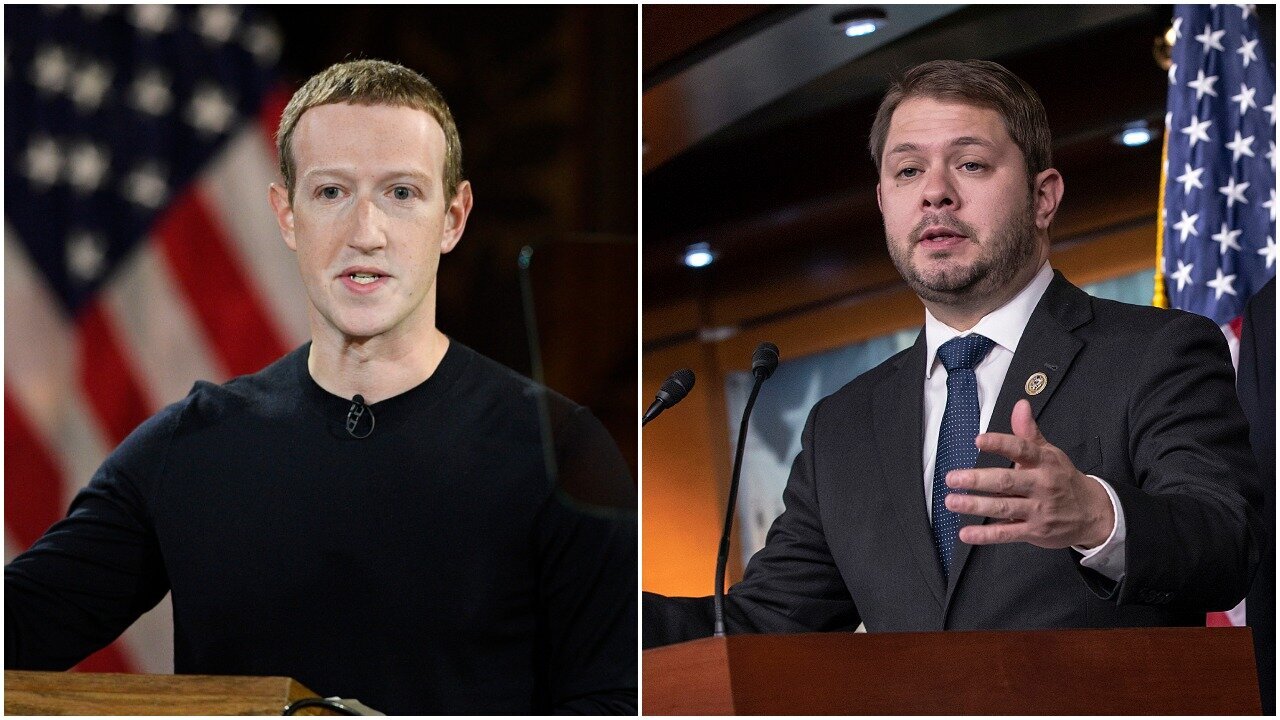 A congressman who attended Harvard at the same time as Mark Zuckerberg accused the Facebook co-founder of “rewriting history” amid an ongoing whirlwind over the social media giant’s declaration that it will not police political speech, even if it contains outright lies.

Rep. Ruben Gallego (D-Ariz.), a former Marine Corps reservist who served in Iraq, made the comments on Tuesday after Zuckerberg’s address at Georgetown University last week. During the event, Zuckerberg cited the Iraq War as at least partially responsible for his decision to create Facebook and defended the company as a bastion of free speech.

“I remember feeling that if more people had a voice to share their experiences, maybe things would have gone differently,” the Facebook co-founder said Thursday. “Those early years shaped my belief that giving everyone a voice empowers the powerless and pushes society to be better over time.”

But those remarks puzzled Gallego and others who were at Harvard during the social media network’s early years, after it was spawned from a website created to rank college students based on attractiveness. They said the earliest versions of Facebook didn’t even allow users to communicate with each other or debate political issues.

“I was the only reservist on the campus and was keenly aware of the Iraq Debate on campus,” Gallego, who said he had one of the “first” Facebook accounts, wrote Tuesday. “This is no where near the truth, it was designed to be [an] easier cleaner MySpace based off our House books.”

I was at Harvard with Mark and have one of the first facebook accounts. I was the only reservist on the campus and was keenly aware of the Iraq Debate on campus. This is no where near the truth, it was designed to be and easier cleaner MySpace based off our House books. https://t.co/AzsuzWUh7X

The lawmaker clarified his remarks in an interview with The Washington Post, accusing Zuckerberg of trying to recast Facebook’s image as it draws fire over a recent decision to allow political ads filled with lies to proliferate on the platform. Facebook has been widely lambasted after it allowed a Donald Trump campaign ad to spread on the network even though it featured falsehoods about Democratic presidential rival Joe Biden.

Zuckerberg’s Georgetown speech was one of his more ardent defenses of the social media network in recent months, which has also faced a bevy of criticism over its data practices. Facebook was fined a record $5 billion by the Federal Trade Commission in July over privacy violations related to the Cambridge Analytica scandal (although many critics referred to that figure as merely a slap on the wrist).

In a separate interview with the Post, Zuckerberg said he was “deeply” worried about an “erosion of truth” in society but said the responsibility should not lie with Facebook to police such discourse.

“I don’t think people want to live in a world where you can only say things that tech companies decide are 100 percent true,” he said. “And I think that those tensions are something we have to live with.”

Those statements are unlikely to curtail scrutiny of the social media network. Sen. Elizabeth Warren (D-Mass.), also a presidential candidate, has been prodding Facebook with her own spate of false political ads targeting Zuckerberg himself. Fellow tech tycoons have hypothesized about the company being broken up, and 46 state attorneys general are investigating Facebook’s business practices.

Mark Zuckerberg’s speech today shows how little he learned from 2016, and how unprepared Facebook is to handle the 2020 election. https://t.co/2JHCuihexR

Help us tell more of the stories that matter from voices that too often remain unheard.