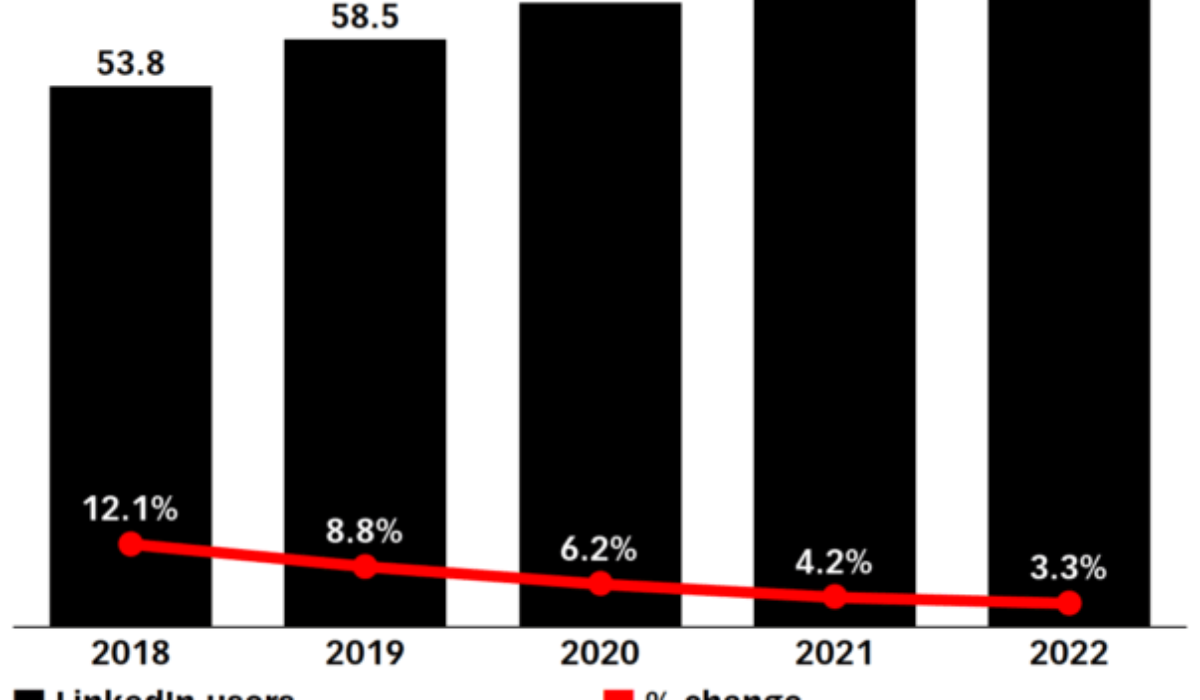 LinkedIn is growing faster than previously expected, according to a new report from research firm eMarketer. In 2019, the number of monthly U.S. adult users increased by 8.8% year over year – up from eMarketer’s previous estimate of just over 7%. The new numbers are based on updated membership data from parent-company Microsoft and other sources.

Despite a faster growth rate forecasted for 2019, eMarketer projects slowing user growth in the years ahead. U.S. users are expected to grow by 6.2% this year to 62.1 million and reach 68.8 million by 2022, eMarketer forecasts.

LinkedIn users make up around one-third of all social network users in the U.S., according to eMarketer. For the most part, that number will stay the same as other social platforms also expand their user bases. But for businesses on LinkedIn, user growth could mean an uptick in ad performance and content engagement. The Microsoft-owned network has been steadily building out ad capabilities including new targeting and format options over the past few years.

READ ALSO  Facebook and Google Have Changed How Hiring Works. Here's What It Means for Your Business