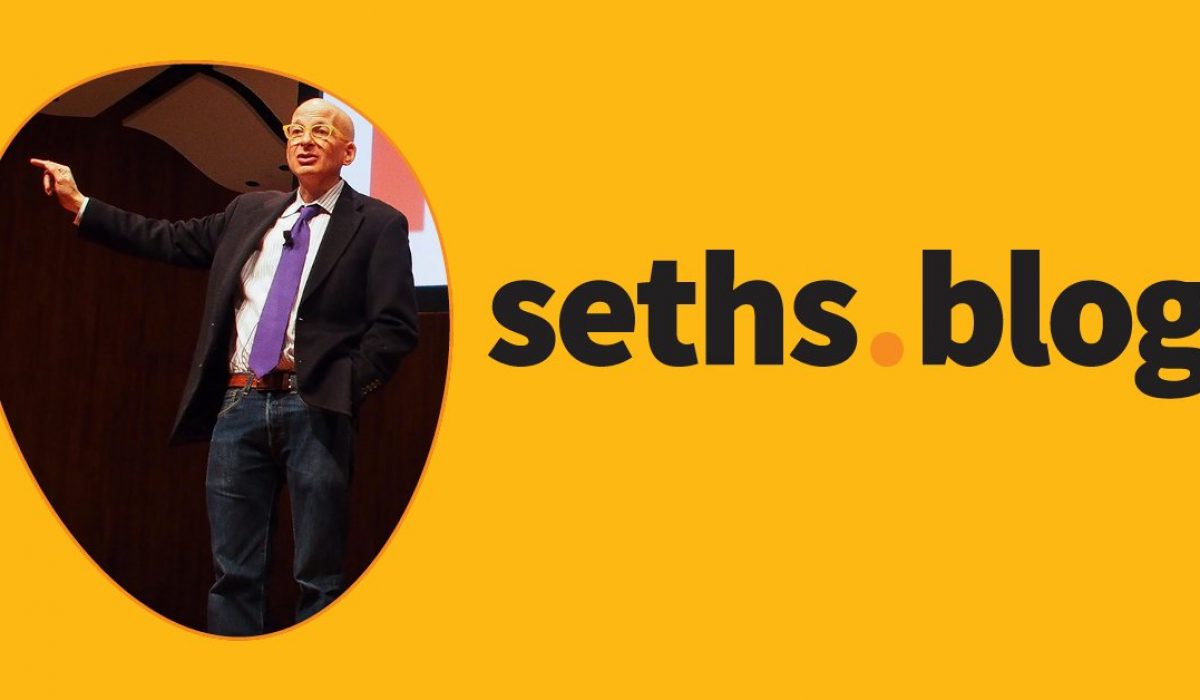 If the bridge needs to hold 20,000 pound vehicles, the client isn’t interested in paying extra for you to build it to hold 30,000 pound vehicles. The spec is clear–15,000 is unacceptable, and 30,000 isn’t worth a penny extra in steel, concrete or pilings.

But when we’re bringing our human skills to the work, the spec for a job might state that we need to sit at the customer service counter from 9 to 5, but because “be really nice to people,” is hard to quantify it can feel like an extra if we’re seeking to do as little as possible.

Why do extra? After all, the industrial system has squeezed everything it can out of front-line workers. It has taken without offering much in return, stripping people of dignity and respect and treating them like cogs.

But acting like a cog in return is hardly a useful form of revenge.

Showing up with more than the minimum might turn the job into more than a job. When we show up because we can, when we’re extending ourselves as a matter of choice, we create space. The space to own the work, to personalize it, and to turn it into more than getting by.

The current crisis is a vivid reminder of how empty a job focused on getting by really is. Because getting by is a lousy way to spend our days. Playwrights, painters and committed professionals don’t ask, “how little can I get away with?” They view the work as a chance to make a difference instead.

Doing work we’re proud of is a fine alternative to being seen as less than human. And spending our days doing as much human work as we can is far more appealing than hoping to do as little as possible.