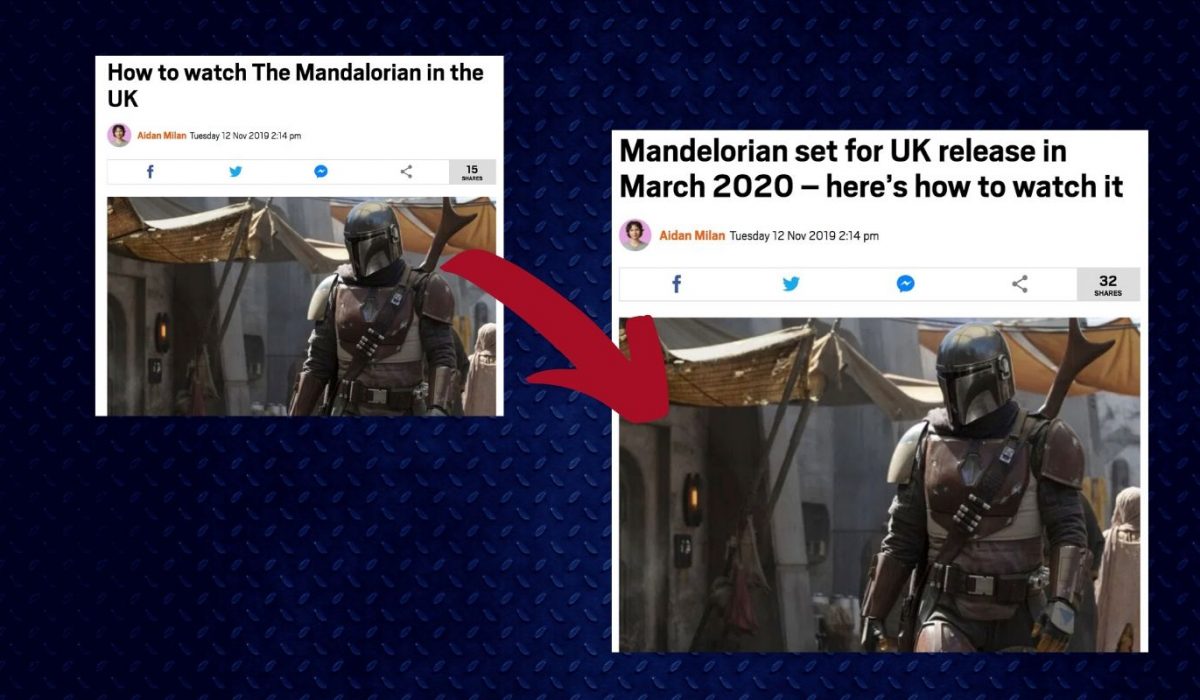 UK’s Independent Press Standards Organization, IPSO, has had to mediate between a disgruntled reader and the website Metro.co.uk, after receiving a complaint over the latter’s use of what looks like an SEO clickbait headline.

In November, the website run a headline reading, “How to watch The Mandalorian in the UK” for clicks – although the Disney series was not available in the UK at the time.

IPSO received the complaint about it from Adam Lynch, who said that Clause 1 of the Editors’ Code of Practice, dealing with accuracy of reporting, had been breached here.

Announcing the outcome of the mediation, the regulator explained that Lynch found out that the content of the article showed the headline – suggesting The Mandalorian was already available in the UK – was misleading because the series would only come to UK’s audiences in March of this year.

But Metro decided to dismiss his objection, and defend the headline as “not implying” that the show could be currently watched in that country. In a creative spin on how clickbait works, the website said the text of the article merely “clarified” the headline.

Since Metro doubled-down on its practices and ignored Lynch’s concerns, he turned to IPSO, which launched an investigation. The website was more receptive to cooperating with this institution, and said it was offering to change the headline “as a gesture of good will.”

The new headline reads, “Mandalorian set for UK release in March 2020 – here’s how to watch it.” Lynch accepted this outcome and IPSO’s Complaints Committee concluded that since mediation was successful, it would not decide whether or not Metro had breached the Editors’ Code of Practice.

If IPSO actually ruled on the breach of the Code and found that Metro was guilty of it, it might have set a precedent and forced publishers to at least think twice before attempting to please search engines with SEO-heavy headlines and content, and lure in users by misleading them with clickbait.

As things stand, Search Engine Optimization (SEO) remains an ever-evolving quasi-science designed to help publishers surface content in places like Google Search as a vital means of monetization, with journalistic standards falling by the wayside.