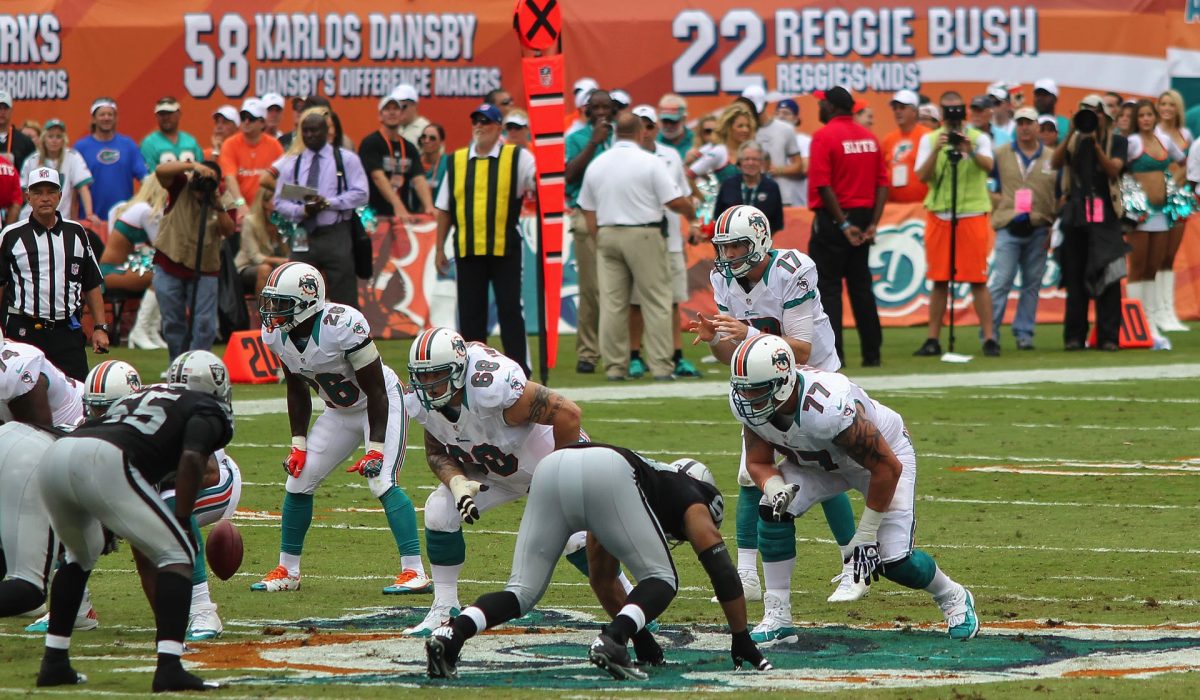 Where did this fake news originate? America’s Last Line of Defense published the story on Oct. 4, 2017, reporting that the Dolphins fired three of its players for kneeling during the National Anthem.

The Miami Dolphins have finally found their balls and decided having a team full of black lives matter terrorists isn’t good for business. On Wednesday the team announced that the three men who disrespected the Flag and our National Anthem before Sunday’s game against the New Orleans Saints are off the team. Dolphins owner Ted Klansky told reporters:

The Miami Dolphins Organization will not tolerate anti-American thugs on our team. Therefore, we have fired Jaquan Blackman, Tyrone Williamson and Jathen Freedmen. In addition to releasing these troublemakers from our great American football team, we want to let all rookies know that ANTI-TRUMP KNEELING WILL NOT BE TOLERATED! If you want to exercise your rights you can take that nonsense somewhere else, it has no place here.

However, there is no truth to the above story. there is no record of Jaquan Blackman, Tyrone Williamson and Jathen Freedmen on the team roster for the Dolphins.

Additionally, there have been no articles published by legit media outlets that have reported on this alleged story. Rather, Last Line of Defense is fake news site.

DISCLAIMER: America’s Last Line of Defense is a satirical publication that uses the imagination of liberals to expose the extreme bigotry and hate and subsequent blind gullibility that festers in right-wing nutjobs. We present fiction as fact and our sources don’t actually exist. Names that represent actual people and places are purely coincidental and all images should be considered altered and do not in any way depict reality.