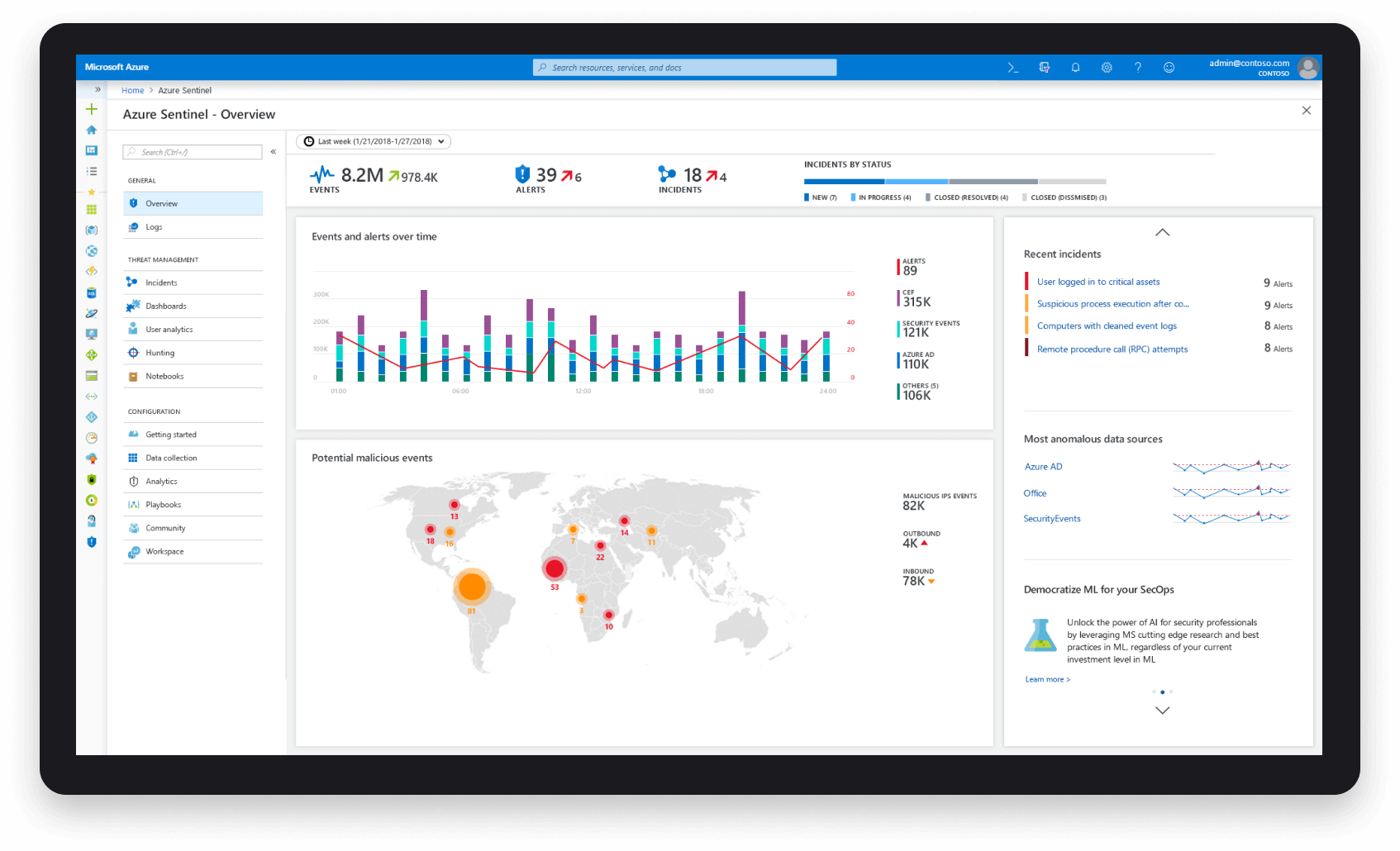 SIEM tools such as Azure Sentinel are proving to be quite popular with cybersecurity teams as they work by gathering data from a range of sources such as operating systems, applications, antivirus databases and server logs, before analyzing this for signs of a security breach or other anomaly. They make it easier to spot the proverbial “needle in a haystack”, which is an extremely useful ability for enterprise security teams that must keep track of enormous, sprawling information technology systems.

Azure Sentinel is fairly typical of SIEM products, but its main advantage is its deep integration with Microsoft’s cloud services, which include its Azure infrastructure offerings and Office 365. The company seems to think that a deeper level of integration is enough to make it the default option for customers that run most of their workloads on its infrastructure.

Azure Sentinel relies on machine learning algorithms to processes security data. These work by filtering out unnecessary logs, correlating activity patterns across systems and condensing the anomalous activity they come across into neatly organized alerts for administrators.

In addition to detecting potential breaches, Azure Sentinel can automate parts of the threat response workflow. For example it’s able to perform tasks such as sending an email to administrators when the underlying machine learning models detect a high-priority security event. It also comes with tools for performing manual threat analysis. An incident investigation console enables administrators to visualize suspicious activity patterns and run queries to fetch relevant system data.

READ ALSO  What Does a Data Analyst Do? Exploring the Day-to-Day of This Tech Career

Azure Sentinel was first made available in a public preview in February.

The service is being offered on a pay-as-you-go basis, with pricing starting at $2.46 per gigabyte of data analyzed.