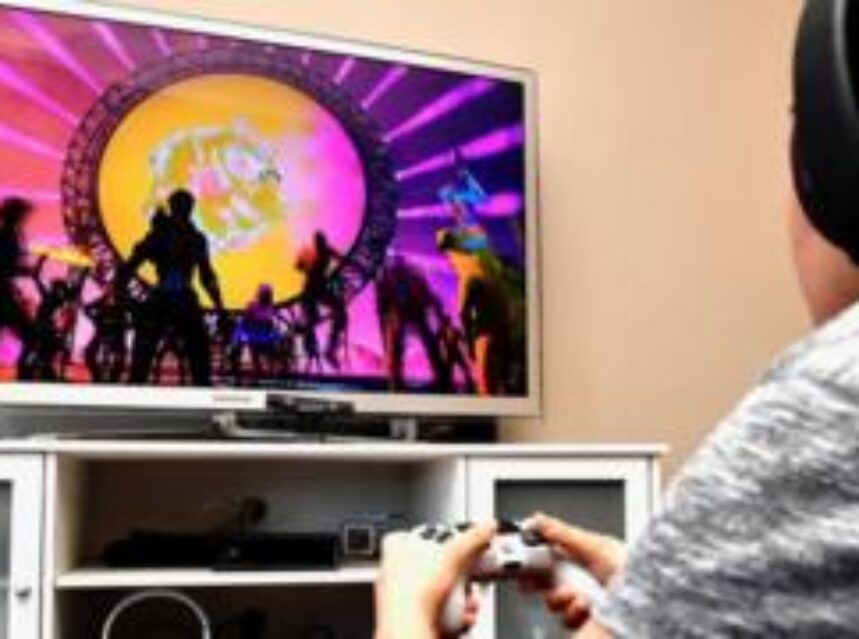 Gamers in a virtual queue to join a much-anticipated live Fortnite event were left disappointed as servers hit capacity one minute after fans had been asked to join.

There were some 12 million in-game players, and a further 8.4 million watched via Twitch or YouTube.

The event marked the end of Season 2 and the beginning of Season 3 for the Battle Royale game.

Large events like this are likely to become the norm, thinks one expert.

Fortnite is one of the world’s most popular online multiplayer games, with 350 million registered players according to developer Epic Games.

The event – dubbed The Device – began with players gathered around The Agency, a central building on the island the game is set on. Players were transported to a not-seen-before office, and the event ended with the island surrounded by walls of water.

The much-anticipated Doomsday event had come with a warning from Epic that servers might reach capacity quickly and, when they did, it recommended gamers watch the event via Twitch or YouTube.

Afterwards the firm tweeted: “We were overwhelmed by the response to The Device. At 12 million players in-game we capped participation for stability while 8.4 million more watched live on Twitch and YouTube. As we push the edge of what live events can be, we’re improving systems so more of you can experience them in-game.

We were overwhelmed by the response to The Device. At 12M players in-game, we capped participation for stability while 8.4M more watched live on Twitch + YouTube. As we push the edge of what live-events can be, we’re improving systems so more of you can experience them in-game. pic.twitter.com/YTycsB1Zoh

Lockdowns around the world have seen more and more people flocking to gaming, and Fortnite has seen a surge in virtual meet-ups during the pandemic as it bids to become a destination rather than just a game.

Nearly 28 million watched a virtual Fortnite concert by rapper Travis Scott, and in May it aired a trailer for a forthcoming movie, Tenet. Another live concert featured Dillon Francis, Steve Aoki and deadmau5.

Research firm Ampere Analysis’s gaming expert Piers Harding-Rolls told the BBC such events would become “more numerous as Epic tests ways to expand the game into a social interactive platform for content, or artists that reside outside of the game”.

Not all fans will want the in-game experience, but for those who do he thinks it is “unrealistic for Epic to lay on lots of new servers to deal with a spike in demand”.

Epic Games, which also owns the popular chat app Houseparty, now has a valuation of about $17bn (£13.4bn), according to Bloomberg.