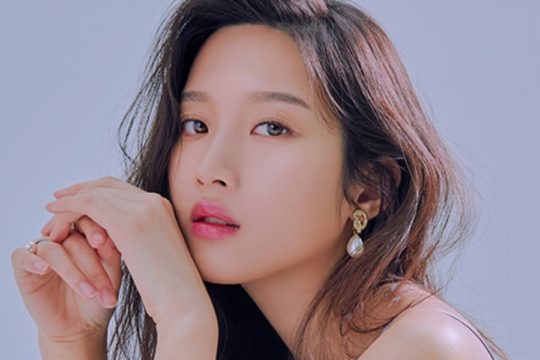 Actress Moon Ga Young, who recently sat down for an interview with Sports Seoul after wrapping filming for JTBC’s “Welcome to Waikiki 2,” talked about working with actors Kim Seo Hyung (“SKY Castle“) and Kim Nam Gil (“The Fiery Priest“).

She said, “I’ve never been trained in acting, and I don’t have an acting coach, so unlike a lot of other actors, I didn’t have anyone I could talk to. I was always envious when I saw that my colleagues had people to discuss their concerns with.”

“But now,” said Moon Ga Young, “I have senior colleagues that I truly adore and want to take after. The first is Kim Seo Hyung, and the second is Kim Nam Gil.” She said that they’ve become even more than mentors to her, and that she contacts them often because she has so much to learn from them. “They watch my work and give me honest feedback.”

Moon Ga Young worked with Kim Seo Hyung in the 2018 drama “Tempted” as a mother-daughter pair. She said, “I think I was her first on-screen daughter. She joked about it at the time, saying that she’s not old enough to have a daughter as old as I am, but she really took care of me as if I were her daughter. I really relied on her a lot, and even now, we stay in frequent contact.”

The actress also worked alongside Kim Nam Gil in the 2017 drama “Live Up to Your Name.” Kim Nam Gil played a doctor, and Moon Ga Young was his assistant. She said, “I was Kim Nam Gil’s assistant, so being by his side constantly on set, I learned a lot. Even while shooting my recent drama, I often thought, ‘What would Kim Nam Gil have done?’ If I ever got stuck, I would contact him and ask.” 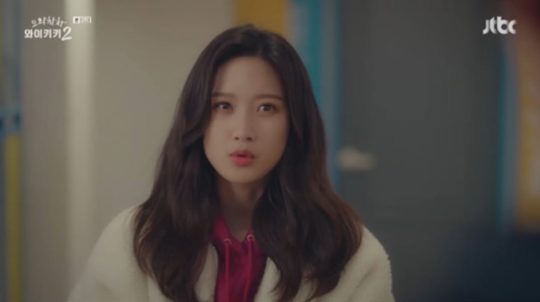 Moon Ga Young said she’s lucky to have had the opportunity to learn so much at a young age, one of those things being action. She attended an action school for about two years for her love of the genre. “Back then, I dreamed of becoming like Angelina Jolie. Because of my dreams of becoming an action star, I really like Ha Ji Won. These days, I’m a fan of Cate Blanchett.”