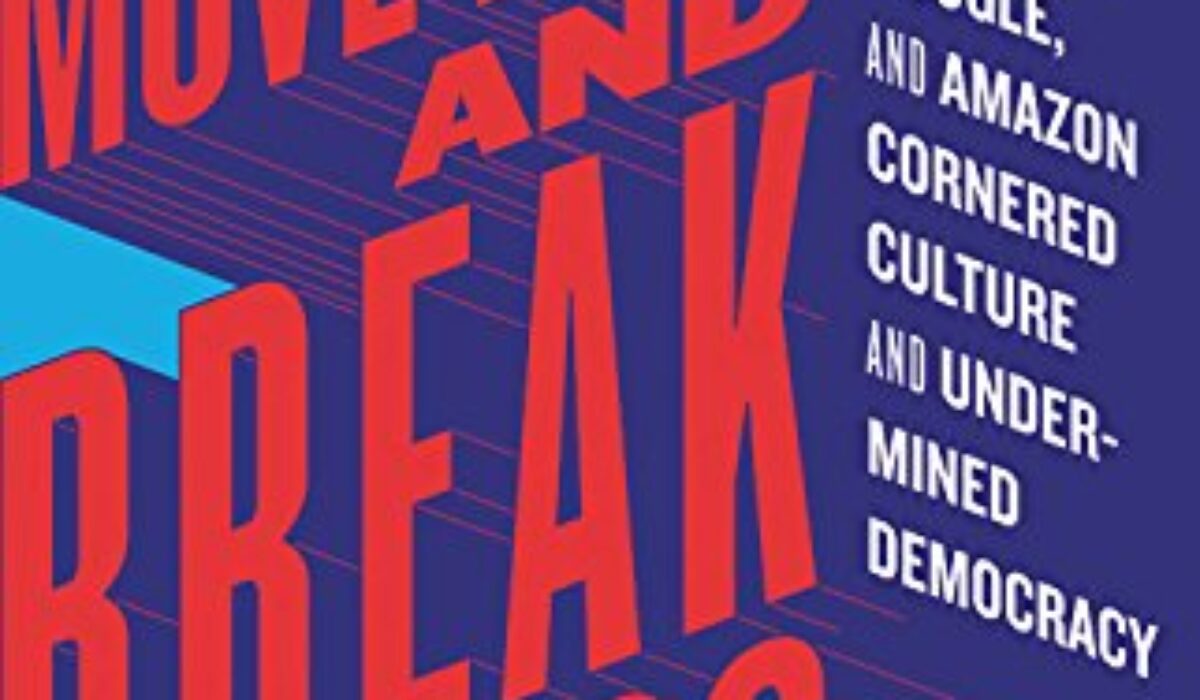 Longlisted for Financial Times/McKinsey Business Book of the Year 2017

A stinging polemic that traces the destructive monopolization of the Internet by Google, Facebook and Amazon, and that proposes a new future for musicians, journalists, authors and filmmakers in the digital age.

Move Fast and Break Things is the riveting account of a small group of libertarian entrepreneurs who in the 1990s began to hijack the original decentralized vision of the Internet, in the process creating three monopoly firms–Facebook, Amazon, and Google–that now determine the future of the music, film, television, publishing and news industries.

Jonathan Taplin offers a succinct and powerful history of how online life began to be shaped around the values of the men who founded these companies, including Peter Thiel and Larry Page: overlooking piracy of books, music, and film while hiding behind opaque business practices and subordinating the privacy of individual users in order to create the surveillance-marketing monoculture in which we now live.

The enormous profits that have come with this concentration of power tell their own story. Since 2001, newspaper and music revenues have fallen by 70 percent; book publishing, film, and television profits have also fallen dramatically. Revenues at Google in this same period grew from $400 million to $74.5 billion. Today, Google’s YouTube controls 60 percent of all streaming-audio business but pay for only 11 percent of the total streaming-audio revenues artists receive. More creative content is being consumed than ever before, but less revenue is flowing to the creators and owners of that content.

READ ALSO  Blindsided: The True Story of One Man's Crusade Against Chemical Giant DuPont for a Boy with No Eyes

With the reallocation of money to monopoly platforms comes a shift in power. Google, Facebook, and Amazon now enjoy political influence on par with Big Oil and Big Pharma, which in part explains how such a tremendous shift in revenues from artists to platforms could have been achieved and why it has gone unchallenged for so long.

The stakes here go far beyond the livelihood of any one musician or journalist. As Taplin observes, the fact that more and more Americans receive their news, as well as music and other forms of entertainment, from a small group of companies poses a real threat to democracy. Move Fast and Break Things offers a vital, forward-thinking prescription for how artists can reclaim their audiences using knowledge of the past and a determination to work together. Using his own half-century career as a music and film producer and early pioneer of streaming video online, Taplin offers new ways to think about the design of the World Wide Web and specifically the way we live with the firms that dominate it.