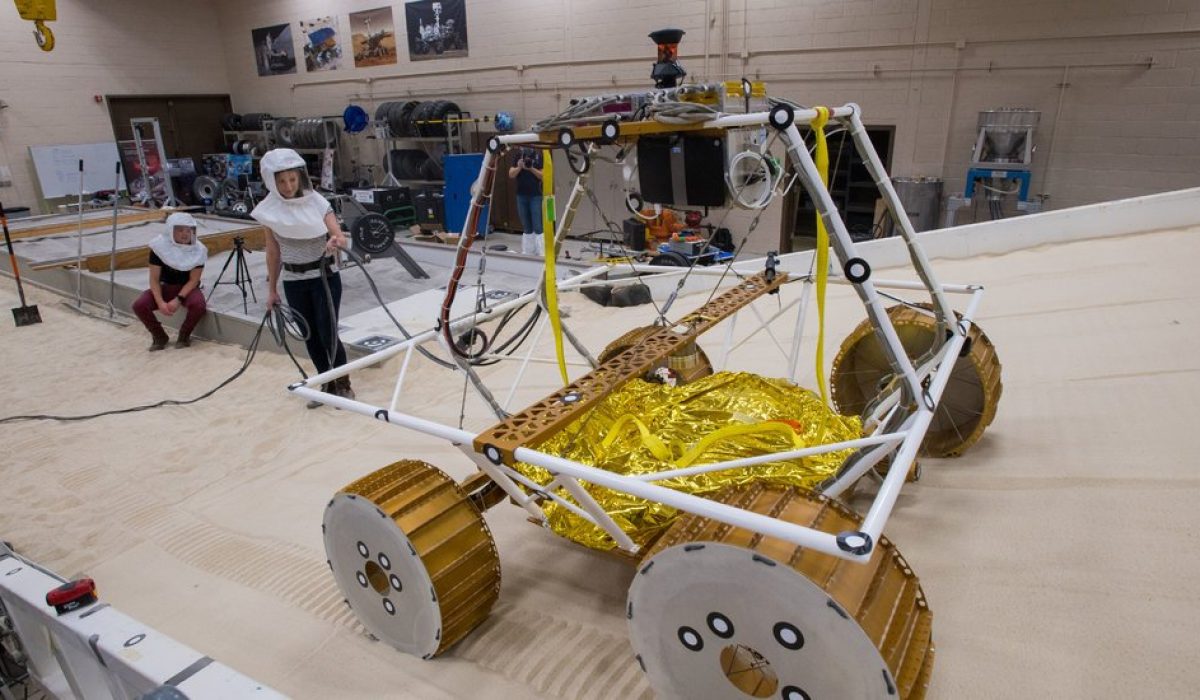 After sending four rovers to Mars — with a fifth scheduled to launch in July — NASA announced on Thursday a contract for putting its first wheeled robot on the moon.

Astrobotic Technology Inc. of Pittsburgh won a $199.5 million contract to deliver the robotic explorer to the moon in late 2023. The price includes the rocket to launch the mission and the lander that will set the rover down near the moon’s South Pole.

The rover — the Volatiles Investigating Polar Exploration Rover, or VIPER — is the latest in a series of robotic missions that NASA is financing as part of its renewed interest in the moon.

VIPER is to spend about 100 days rolling around in search of water ice, which is believed to exist in permanently shadowed craters near the moon’s poles — among the coldest places in the solar system.

That water could provide an invaluable resource for future astronauts. It would provide water to drink, and the water molecules could also be broken down into hydrogen and oxygen. That could yield oxygen for astronauts to breathe, as well as propellant for rockets traveling home to Earth or elsewhere in the solar system.

However, the exact location and nature of the water ice is not known. It could be at the surface as frost or buried underground. It might be pure water or bound up in minerals. VIPER’s mission is to figure that out, and the information would help plan where astronauts would land on the moon, which NASA optimistically has scheduled for 2024.

“VIPER is going to be the first robot to actually touch this water ice that we’ve detected,” said Steven Clarke, who recently left his position as deputy associate administrator for exploration in NASA’s science directorate for another role at the agency.

The rover will carry a suite of instruments, including a drill that will allow it to investigate what is below the surface.

This will be the first time that NASA has sent a rover to the moon. The Soviet Union sent two in the 1970s, and China has sent two since 2013, including one last year as part of the first mission to land on the far side of the moon. An Indian spacecraft carrying a rover crashed last year during its landing attempt.

In a shift from the past when NASA would design the whole mission including the lander, it is now looking for private companies to provide the transportation to the moon, often shared with non-NASA payloads, a program established in 2018 as Commercial Lunar Payload Services.

It follows on a NASA program using a similar commercial approach that recently sent two astronauts, Robert L. Behnken and Douglas G. Hurley, to the International Space Station aboard a spacecraft built by Elon Musk’s SpaceX.

In earlier rounds, NASA sought delivery of small and inexpensive experiments, and NASA officials said they expected that perhaps half of the missions might fail, but the rewards justified the risks.

Two launches, including one by Astrobotic, are scheduled to take off next year, and a third is to occur in 2022.

The stakes are higher for VIPER. Weighing close to 1,000 pounds, it is roughly the size of a golf cart — five feet long, five feet wide and about eight feet tall. NASA officials declined to say how much the rover itself will cost.

For Astrobotic, NASA’s newfound focus has changed and accelerated its business.

The company was founded 13 years ago in hopes of winning the Google Lunar X Prize, a competition for the first private spacecraft to land on the moon. That competition expired in 2018 without a winner, but even before then Astrobotic decided to focus on winning commercial payload business.

Astrobotic already had commitments to take about a dozen payloads to the moon, including a Mexican space agency instrument and time capsules. But the NASA contract filled most of the remaining spaces and helped accelerate the development of the market for going to the moon.

“It’s dramatically enabling to have NASA as the biggest customer,” John Thornton, Astrobotic’s chief executive, said in an interview. “It’s a key driver.”

When the rover launches in 2023, it will sit on the company’s Griffin lander, which is larger than the spacecraft that is to fly the first mission next year. Once on the surface, the rover will drive down one of two ramps and start its search for water.