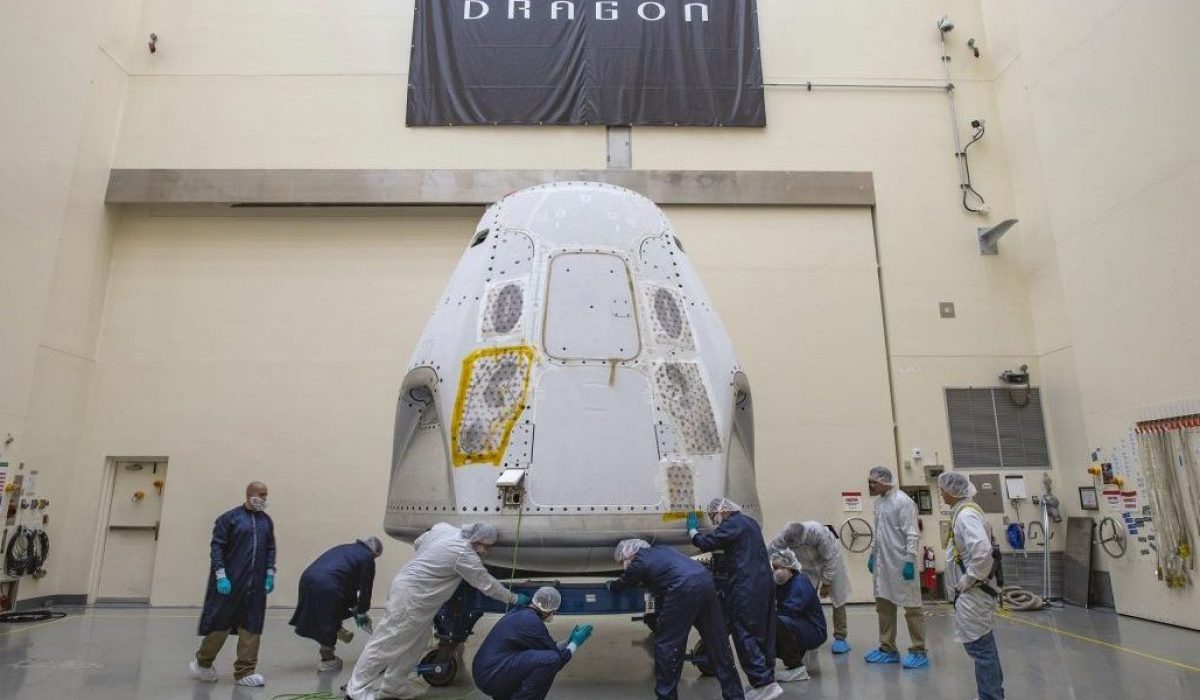 NASA administrator Jim Bridenstine announced plans to launch a SpaceX Falcon 9 rocket carrying two astronauts to the International Space Station (ISS) on May 27th. If the launch takes place, it will be the first time an American rocket will carry passengers to orbit since the final space shuttle launch on July 8, 2011.

The covid-19 pandemic looms over the mission, which will launch from the Kennedy Space Center in Florida. The state of Florida is under a stay-at-home order currently due to expire on April 30th, with exemptions for essential activities. The federal government has broad latitude to declare activities essential. However, critics argue that this mission is anything but.

“I’m not sure risking so many lives to launch two people to the same place we’ve been going for 20 years should be prioritized,” former NASA deputy administrator Lori Garver said to The Atlantic earlier this month. “The harm is being done now because keeping the [launch] date means everyone is working now.”

NASA is taking measures to mitigate the impact of the launch: spectators will not be allowed to watch the launch from normal viewing sites along Florida’s “space coast,” and only a limited number of reporters will be allowed on site. However a launch like this involves about 350 NASA employees, according to an interview Bridenstine gave to CNBC, along with several hundred SpaceX employees. Bridenstine told CNBC that NASA workers will be working in shifts designed to increase social distancing over normal practices, and wearing personal protective equipment when necessary.

The purpose of the SpaceX launch is to test the Crew Dragon capsule, which SpaceX built on a contract with NASA. A Russian Soyuz rocket carrying one astronaut, two cosmonauts, and supplies launched to the ISS from Kazakhstan on April 9.

In March 2019, a Crew Dragon spacecraft autonomously docked with the space station on an uncrewed test flight. A second Crew Dragon was destroyed in a fire during an engine test in April of last year, causing a delay in the launch that was announced today.

A rival Boeing effort, called Starliner, which NASA is also funding for the sake of competition, has been even more troubled. Its first uncrewed test flight in December 2019 ended in failure after the vehicle was unable to rendezvous with the ISS because of a software error. Even worse errors were discovered when the first error was being investigated. Boeing is planning, but has not yet scheduled, a second uncrewed test flight, and hopes to send a crewed Starliner mission to the ISS by 2021.

The May 27th mission was originally meant to be a short-duration stay at the ISS of one to two weeks, but NASA has left open the possibility the flight test will be converted into a longer mission.

According to NASA, the Crew Dragon being used for this flight will be capable of staying in orbit for about 110 days. Whenever the mission ends, the vehicle will depart the space station carrying the two astronauts who launched on it back to Earth.

NASA astronauts Jessice Meir and Andrew Morgan returned to Kazakhstan today, together with cosmonaut Oleg Skripochka. As Meir said in an interview with NPR’s Morning Edition, people’s immune systems weaken after long periods of weightlessness, and so they will be subject to a stricter-than-normal quarantine in Houston, where they were to be flown on a NASA airplane. “Even getting that NASA aircraft over there, with all the international stops involved, has been quite an effort. It’s going to be kind of like planes, trains and automobiles scenarios, where I think we’re going to even end up riding in an ambulance for several hours across the Kazakh Steppe in order to get to our airplane. So it’ll be a little bit different than normal,” Meir told NPR.

READ ALSO  Windows 10: A guide to the updates

NASA is years behind schedule on the commercial crew program of which Starliner and the Crew Dragon are a part. It is even further behind on a separate effort, called Orion, which is built by Lockheed Martin under more traditional contracting arrangements. These delays have made NASA dependent on Russia to reach orbit for nearly a decade. Orion was originally intended to transport crew to the International Space Station. Its newer mission is instead to take people to the moon.

The Trump administration aims to return people to the moon by 2024 (before the end of a possible second term in office). Industry analysts widely consider this timeline to be impossible, but attempting to meet it puts acute pressure on Bridenstine to pursue an aggressive launch schedule despite the pandemic.