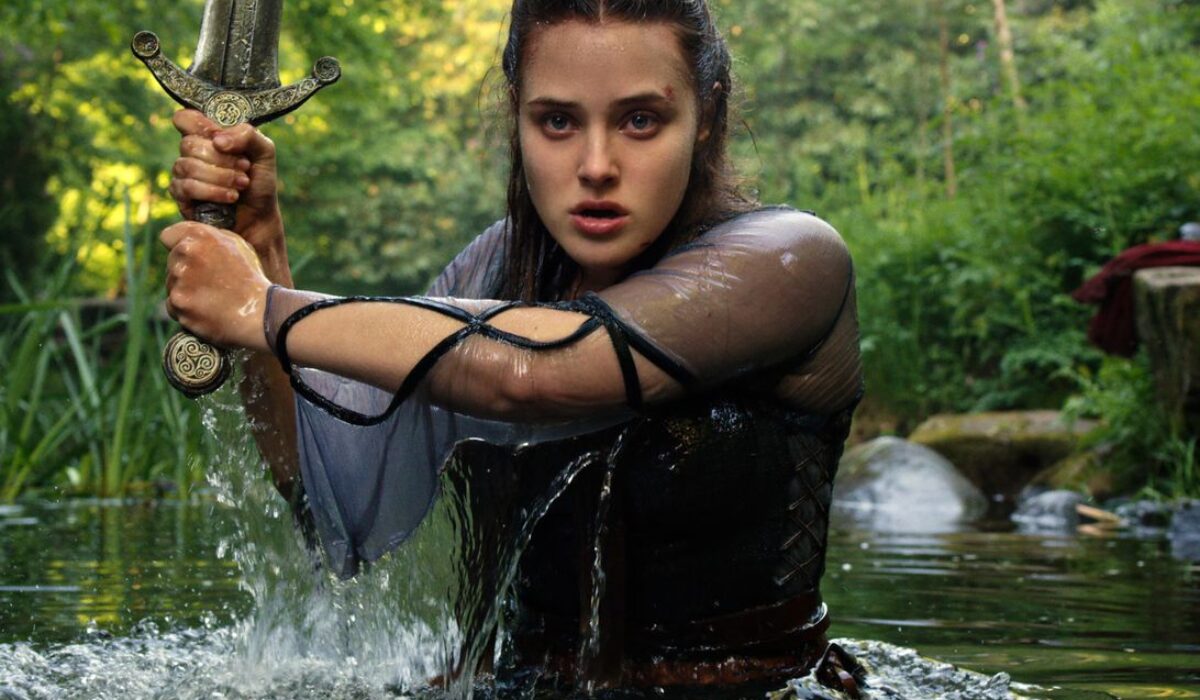 Cursed, the latest medieval fantasy show to step out of Netflix’s vault (see: The Witcher, The Dark Crystal) offers yet another reimagining of the legend of King Arthur. Instead of following the trials and tribulations of a young Arthur, however, it focuses on a young Nimue, aka the tragic Lady of the Lake, who’s often portrayed as an antagonist. It’ll be interesting to see a different side of the enchantress in this coming-of-age tale, landing on Netflix July 17 and starring 13 Reasons Why’s Katherine Langford.

The 10-episode series is based on a graphic novel of the same name from Frank Miller, the revered graphic novelist behind Sin City and 300. Somewhere in his busy schedule, Miller adapted Cursed for the small screen with TV writer Tom Wheeler, who co-created the graphic novel and also pens several episodes of the show.

It looks like they’ve managed to evoke Miller’s signature gritty aesthetic, plus Nimue rising from the water with a sword brings plenty of Witcher vibes, not a bad thing given the immense popularity of Netflix’s video game adaptation starring Henry Cavill.

Merlin and Arthur, played by Gustaf Skarsgard and Devon Terrell respectively, will feature in the story, along with an intriguing character called the Weeping Monk, played by Daniel Sharman. Peter Mullan, who was on the small screen not too long ago as James Delos in Westworld, looks to be the leader of the fire-happy Red Paladins. All these parties are set to clash as they vie for the powerful sword Excalibur.

Read the series synopsis below.

“Based on the New York Times bestselling book, Cursed is a re-imagination of the Arthurian legend, told through the eyes of Nimue, a young woman with a mysterious gift who is destined to become the powerful (and tragic) Lady of the Lake. After her mother’s death, she finds an unexpected partner in Arthur, a humble mercenary, in a quest to find Merlin and deliver an ancient sword. Over the course of her journey, Nimue will become a symbol of courage and rebellion against the terrifying Red Paladins, and their complicit King Uther. Cursed is a coming-of-age story whose themes are familiar to our own time: the obliteration of the natural world, religious terror, senseless war, and finding the courage to lead in the face of the impossible.”

Entertain your brain with the coolest news from space to superheroes, memes to robots.