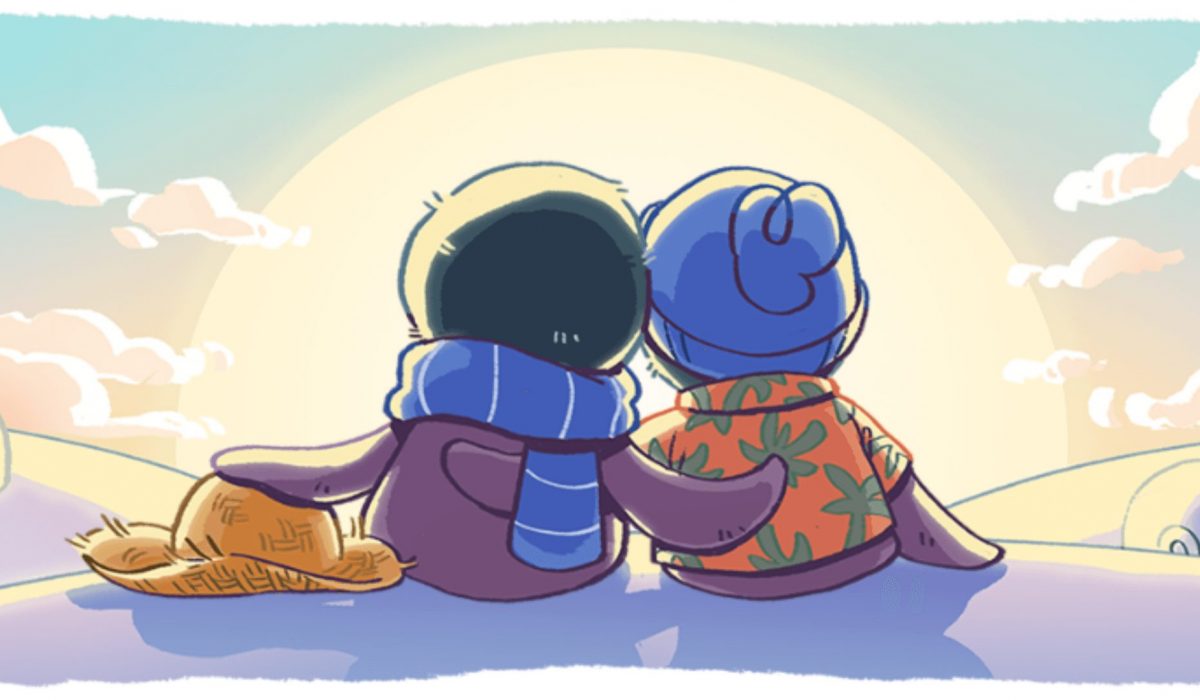 Today’s Google doodle ends its illustrated holiday doodle series, showing the penguins who have been featured in all the images back on a snowy landscape watching the sunrise.

Since the first doodle shared on December 18, the penguins have made plans to visit their tropical bird friends in warmer weather, celebrated the New Year’s Eve among palm trees, and now return home to witness a bright new day for the start of 2018.

“After closing out the holidays with a bang, our penguin pals watch as the sun rises on a brand new year and look forward to what’s ahead,” writes Google on the Google Doodle Blog.

The first two doodles in series that appeared on December 18 and December 25 led to searches for “December global festivities.” The doodle posted yesterday led to a search for “New Year’s Eve 2017,” and today’s doodle to “New Year’s Day 2018.”

All four of the doodles in the series included a slide show of illustrated images, with new images added for each new doodle. Here are all the illustrations in the order they appeared:

In addition to the holiday doodle series that started on December 18, Google also posted a doodle for the Winter Solstice on December 21 and one to honor Marlene Dietrich on December 27, marking what would have been the actress’ 116th birthday.

Search Engine Land wishes all of its readers a happy New Year!