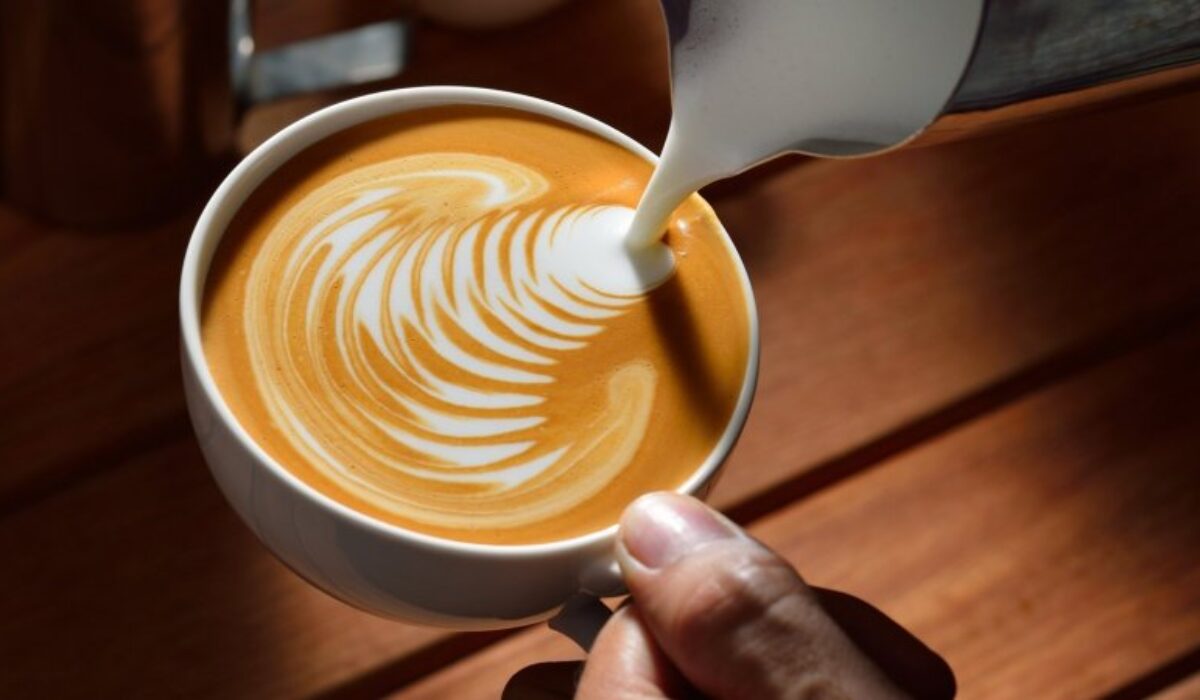 Sometimes a news story is so complete in its absurdity that it’s hard to be on anyone’s side. That’s the only way to see the current legal battle between the City of Everett, Washington, and a group of young women who make their livings whooshing out pumpkin spice lattes while customers ogle their barely-covered bodies.

If you’ve ever been in the Pacific Northwest, you’ve seen the drive-up coffee kiosks in the parking lots of nearly every strip mall. It’s a super-inexpensive path to entrepreneurship–I’ve seen these kiosks for sale for only $20,000. No larger than the average coat closet, each kiosk contains a single server and an espresso machine.

With so many kiosks everywhere, competition is fierce and owners look for creative ways to stand out. Some offer a range of surprising add-ins (Nutella is my favorite). Some also sell unexpected food items, such as biscuits and gravy. Others hand out free biscotti, or freshly-made donut holes, or dog biscuits for canine passengers.

So it’s a no-brainer that some kiosks seek to woo customers with scantily-clad baristas. Since most kiosks have big windows in all directions, it’s almost a low-level peep show you get free with your hot beverage.

That’s where the trouble begins. Eight years ago–after a lengthy undercover investigation in a town that has plenty of other problems–five Everett bikini baristas were arrested and charged with prostitution because they accepted money for such things as a “whipped cream show” (two baristas lick whipped cream off each other) and “basketball” (in which customers throw money that the baristas catch in their underwear).

Since then, the city has tried to contain the baristas using its lewd conduct laws, which Assistant City Attorney Ramsey Ramerman, claims was “simply ineffective.” And so the Everett City Council unanimously passed a law requiring baristas and all other fast food servers to wear clothing that covers “minimum body areas.” It continues:

“Such clothing shall not be see-through and must fit adequately so that undergarments and all minimum body areas remain covered at all times including when the wearer is sitting, standing, bending reaching or performing other work duties.”

“‘Minimum body areas’ means the upper and lower body (breast/pectorals, stomach, back below the shoulder blades, buttocks, top three inches of leg below the buttocks, pubic area and genitals).”

For good measure, Everett also enacted a city-wide code defining a lewd act (among other things) as:

2. An exposure of more than one-half of the part of the female breast located below the top of the areola; provided, that the covered area shall be covered by opaque material and coverage shall be contiguous to the areola.”

Just to be extra clear, it added:

“Body paint is not ‘opaque material.'”

These patently silly laws were met with an even sillier lawsuit by seven bikini baristas and one kiosk owner. Not satisfied with challenging the laws on the grounds of restraint of trade or fairness–servers in restaurants and private clubs aren’t included–attorneys for this group went straight for the First Amendment, arguing that the right to expose most of one’s skin constitutes self-expression.

For example, it says this about the baristas and their bikinis:

“They express messages of freedom, openness, acceptance, empowerment, and individuality. By exposing who they are as people through tattoos, scars, and the bikinis that they choose to wear, the Baristas exchange conversations with customers about life experiences, personal choices, and other topics that would not otherwise occur. The Baristas cannot express these messages and prompt these discussions without the unique expression that wearing a bikini provides.”

“The Baristas use bikinis to portray a fun and happy-go-lucky image that gives customers a quick break from their daily lives. The bikini allows customers to imagine for a moment that they are relaxing at the beach or on vacation. The Baristas could not portray this message with another uniform.”

Not only that, the individual baristas explain what wearing a bikini means to them. Each repeats that the bikinis have nothing to do with sex and everything to do with empowerment. One explains that her bikini reveals scars from a childhood accident, which she talks to customers about and “they open up with their own stories.” Another says, “Millions of women fought for our rights and right to vote, and it’s my right to wear what I want.”

This is where the baristas lost me because the suffragists of 100 years ago went to prisons and workhouses and went on hunger strikes and endured the torture of having six-inch rubber hoses forced down their throats and nasal passages along with near-universal derision and disdain. I don’t think they went through all that out of a fervent hope that someday their female descendants would be empowered to serve coffee while wearing bikinis and playing “basketball” in the ostensible pursuit of self-expression, and the actual pursuit of larger tips.

I don’t want to be a killjoy, and neither should the City of Everett. Since the rule at most bikini stands seems to be that customers must remain in their cars, the worst that can likely result from most scantily-clad barista stands is the occasional whipped-cream show or fully nude coffee serving. In a city that’s also suing a pharmaceutical company over its rampant opioid problem, that just doesn’t seem like such a big deal.

Free speech, on the other hand, is a big deal. I’m not sure if the bikini baristas or their attorney noticed that they filed their complaint during Banned Books Week, an event that reminds us that classics from The Adventures of Huckleberry Finn to Toni Morrison’s Beloved and even The Diary of Anne Frank have been censored in American schools. All over the world, men and women risk their freedom, their health, and sometimes their lives for the right to write, film, or otherwise share the truth as they see it. That’s worth fighting and dying for. The right to show off the bottom half of one’s anal cleft? Not so much.