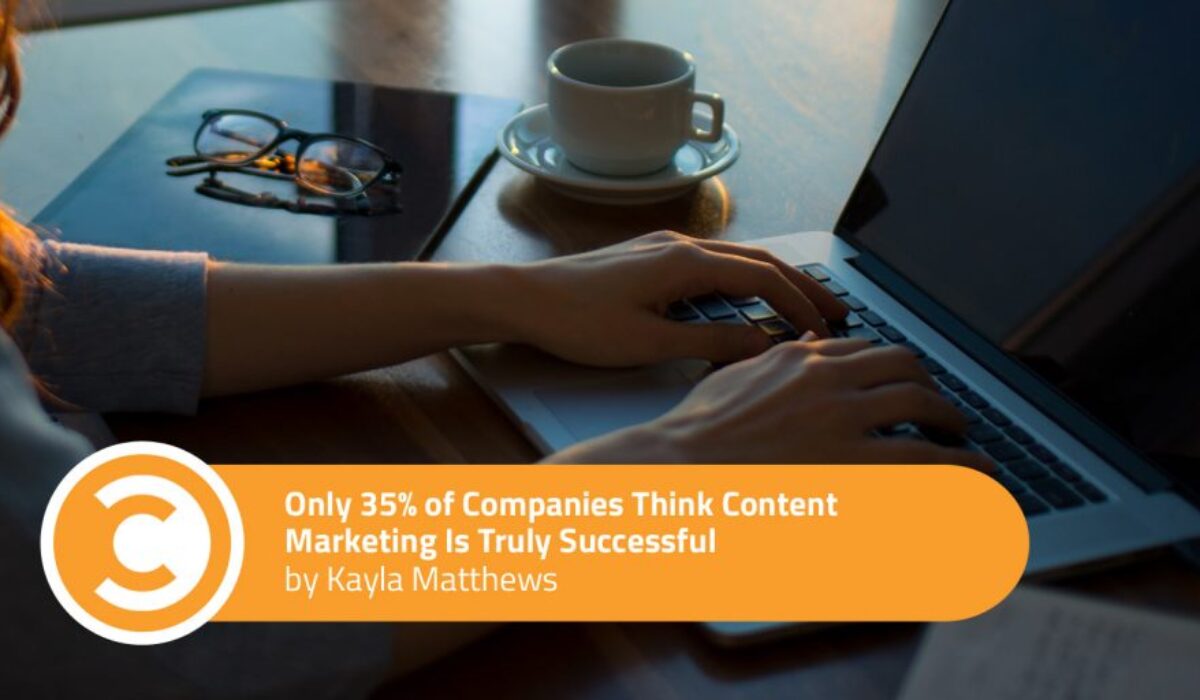 Ascend2, which offers research-based marketing services, and Vidyard, a video marketing platform, recently released a survey of content marketers to find out how the best of the best run their content marketing campaigns.

35 percent of respondents ranked their content marketing and distribution strategy as very successful compared to their competitors. 46 percent described their strategies as somewhat successful, and 19 percent ranked them as unsuccessful.

“I was a little surprised to read the results of the survey,” says Jacqueline Gay, Digital Marketing & Communications Manager for international company Quincy Compressor. “Historically, industrial companies seem to struggle to create content, yet we’ve been able to generate a bunch of creative content ideas for our marketing campaigns taking a more aggressive approach to connect with our audiences.”

It’s true—Quincy Compressor has created some genuinely shareable (if not downright surprising) infographics, and its blog seems to have no shortage of recently published posts.

“We know as well as any company that content marketing isn’t the easiest thing to jump right into,” says Gay, “but if we can do it, surely other industries can find success with it, too.”

Ascend2 and Vidyard’s survey just might shed some additional insights into exactly what challenges other industries and companies are perceiving. We’ve highlighted some of the most notable below.

Half of the best-in-class respondents said that increasing sales revenue was the most important objective of their strategy. This was followed by improving search rankings with 42 percent and increasing brand awareness with 41 percent.

When it comes to for-profit businesses, the other responses in the survey are likely, for the most part, sub-goals on the way toward the ultimate goal of increasing sales revenue.

When asked to rank the most effective types of content marketing, 63 percent said video and motion graphics. Other studies have found that to be true. Visual content tends to perform exceptionally well on social media.

The rest of the top spots went to, in this order, research reports, webinars/webcasts, social media content, infographics, website articles, blogs, and case studies/white papers. The last option received only nine percent, while the others got higher scores.

You can’t tell how successful a campaign was unless you have something you can use to measure it. 64 percent of respondents said that brand awareness was the most useful metric. Lead generation and nurturing and customer engagement were other popular selections. Brand awareness is also difficult to measure, but various analytic tools can help with that.

The study indicated that outsourcing your content marketing distribution leads to more success. This may be because outside marketing companies have more specialized skills and more access to marketing-related resources.

More than three-quarters of the top content marketers said paid distribution channels are becoming significantly more effective. 19 percent reported that their effectiveness was increasing marginally, while just four percent said it was decreasing either marginally or significantly.

Of those paid channels, search engine rankings took the top spot with 69 percent, followed by online banner ads and promoted posts or tweets. The survey also asked about print and offline promotions, which seven percent of best-in-class marketers said was the most effective channel.

The type of sales cycle your business typically encounters is important for choosing the right content marketing strategy. Most of the marketers surveyed (71 percent) said they deal mostly with complex cycles, which are longer and have many influencers. Twenty percent work mostly with direct sales, while nine percent encounter both types equally.

This survey tells us that most content marketers value increased sales the most but find brand awareness to be the most useful metric. They often use video and motion graphics to reach their goals and believe paid channels are becoming more effective. Most companies didn’t do their content marketing themselves, though—outsourcing was overwhelmingly popular.

Perhaps businesses will find the results of this survey useful, and maybe the next time a survey like this is conducted, more of them will be able to describe their strategies as “very successful.”