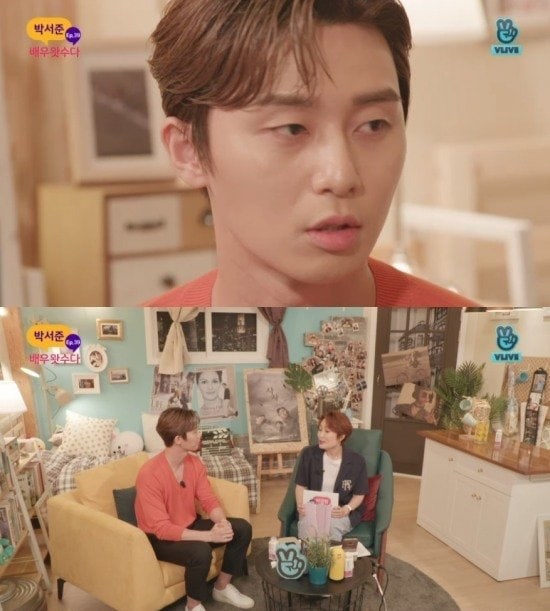 Park Seo Joon is ready to take on a new kind of role!

During a guest appearance on Naver V Live’s “Actor & Chatter,” the actor talked about his upcoming film “The Divine Fury,” in which he stars opposite Woo Do Hwan as a champion fighter who joins forces with an exorcist (played by Ahn Sung Ki) in a fierce battle against evil. After starring in the action-packed supernatural thriller, Park Seo Joon shared that he was interested in trying an entirely different genre for his next film.

In response to a question about whether he’d be interested in taking on a dramatic romance for his next acting project, Park Seo Joon remarked that although he’d had a brief encounter with the genre in the 2015 film “The Beauty Inside,” it hadn’t been enough for him.

“I did act in a romance film once, for ‘The Beauty Inside,’ but I’ve never been in one from the beginning until the end,” said the actor.

He went on, “I’d like to try acting in a romance that suits the winter season. I think romance goes well with wintertime emotions.”

Would you be interested in seeing Park Seo Joon star in a wintery romance? Leave your thoughts below!

You can also watch Park Seo Joon’s brief—but memorable—appearance in the film “The Beauty Inside” here:

READ ALSO  A guide to agency pricing, what should you be charging?
Film, hed, Joon, Kind, Park, Reveals, Role, seo