Park Seo Joon talked about his friendship with other actors and expressed love for his fans.

On July 17, the actor appeared as a guest on V Live’s “Actor & Chatter” to promote “The Divine Fury.”

This film is about a champion fighter named Yong Hoo (played by Park Seo Joon) who seeks out an exorcist named Father Ahn (played by Ahn Sung Ki) after developing strange wounds on his palms. They then fight against powerful evil forces wreaking havoc in the human world.

When the MC said, “I heard that ‘The Divine Fury’ sold pre-sale tickets in 57 countries before the premiere,” Park Seo Joon replied, “I heard that pre-sales were sold in 17 countries while filming then heard that it was 57 countries at the recent showcase. I was surprised as well. I think it’s good that there’s an opportunity for many people to watch it.”

With 38 seconds to promote his film, Park Seo Joon said, “I tried many new things to meet your expectations. It may seem scary when you watch the trailer, but I think that it’s a film about friendship. It’s moving and has action scenes, as well as many fun and powerful scenes. Please go to the cool theater during the hot summer and I hope many of you will watch it. Please look for it.”

In “The Divine Fury,” Park Seo Joon will show upgraded action scenes as an MMA fighter. When asked if viewers can see a dark side of him, the actor replied, “On top of a dark side, I’ll also be able to showcase more rugged vibes.” 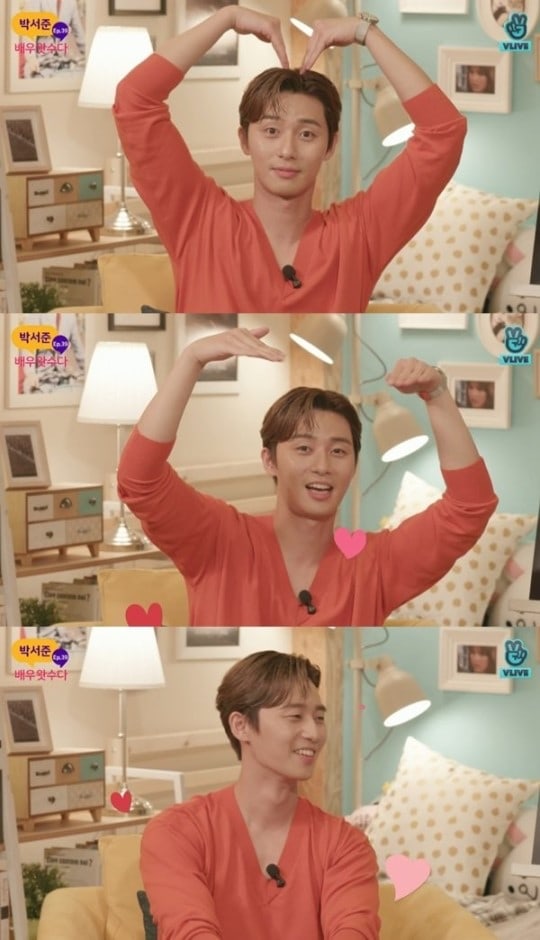 The show then moved onto discuss “Park Seo Joon’s people” beginning with ZE:A’s Park Hyung Sik who’s currently serving in the military. “I heard from him yesterday that he had his completion ceremony,” revealed the actor. “He said that he has 4,300 unread chatroom messages. Park Hyung Sik is like a brother to me. We know each other well and we actually have the same blood type.”

Choi Woo Shik and Park Seo Joon made special appearances in each other’s films “Parasite” and “The Divine Fury.” “It’s already the fourth film I’ve appeared in with Choi Woo Shik,” explained Park Seo Joon. “I think it’s more meaningful because it’s not something that’s easy to do. I’m being careful when talking about it, but Choi Woo Shik’s special appearance in ‘The Divine Fury’ has a large presence. You can look forward to it.”

Speaking about his “The Divine Fury” co-star Woo Do Hwan, Park Seo Joon said, “If I had portrayed that role, I wouldn’t have been able to pull it off to that extent. There’s a big difference between reading something on paper and watching it as a film. I thought, ‘I really can’t mimic that’ while watching Woo Do Hwan’s acting. He pulled it off perfectly and did a good job.”

Park Seo Joon then read stories from his fans, smiled shyly, and was moved by their words. One fan said, “I think you were born to be an actor,” listed the most memorable lines from Park Seo Joon’s filmography, and said they had a big influence on their life. “It’s a moment where I feel the proudest while acting,” commented Park Seo Joon. “I also like the line, ‘The best choice is your choice.’ Life is a continuum of choices. Even thinking about what to eat today is a choice. I like the line, ‘The best choice is your choice’ even more because I think it means, ‘Trust yourself.’” 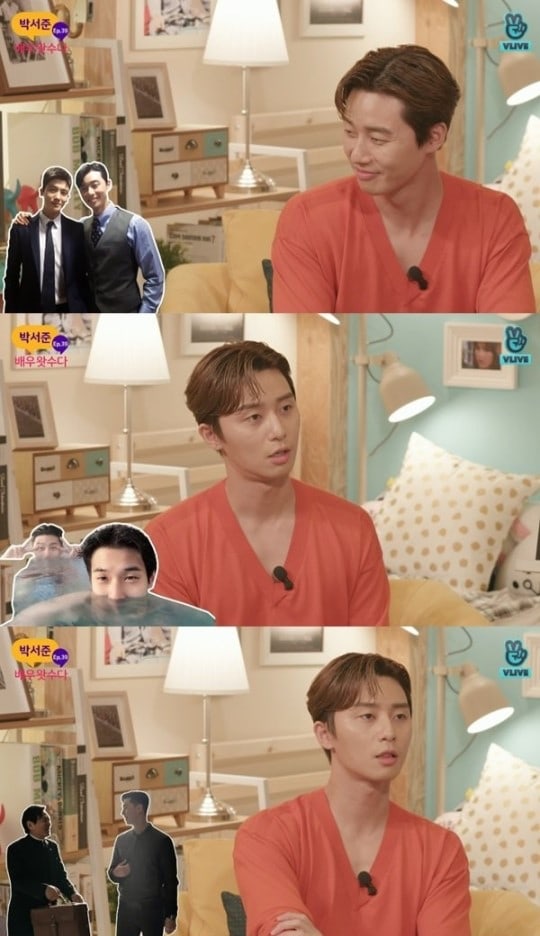 “The Divine Fury” premieres on July 31.