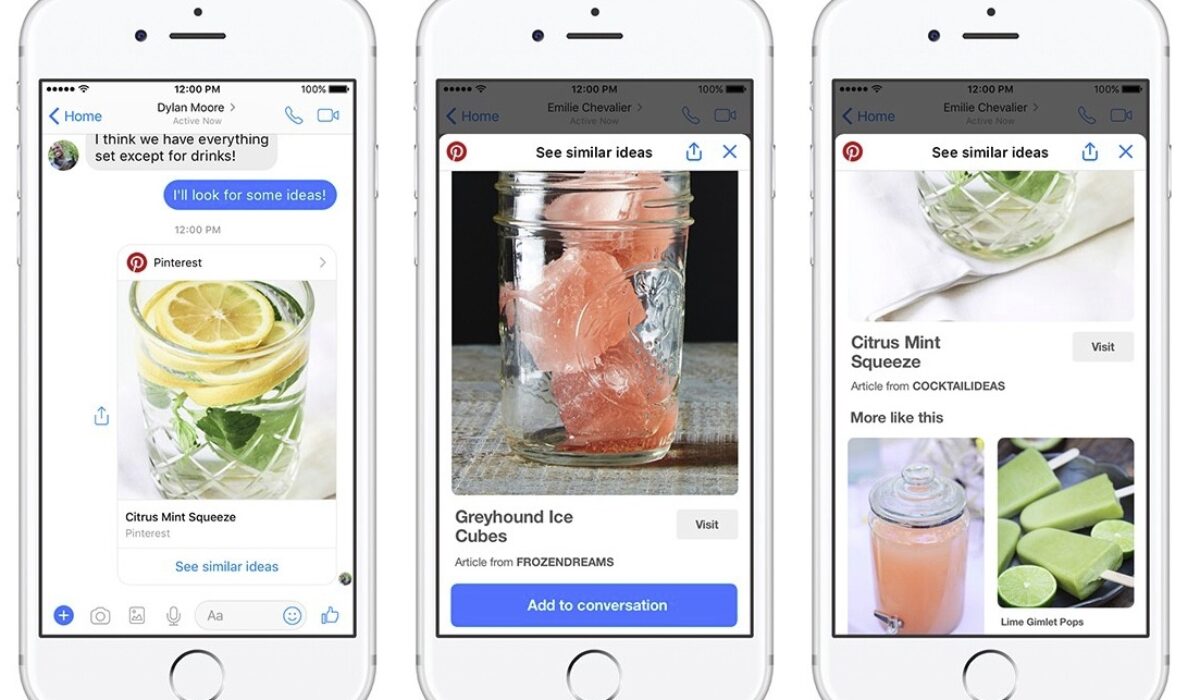 Pinterest is looking to piggyback on the popularity of Facebook Messenger in order to boost growth, adding two new tools which will enable greater Pinterest functionality within Messenger threads.

The first is a new chat extension which will provide a more Pinterest-like experience within Messenger, with full Pins and Pin links viewable in-stream. “Now Pinners can easily share ideas without ever having to leave the Messenger conversation. And starting today, Pins shared from our mobile apps to Messenger will link to our chat extension using a newly launched SDK from Messenger.”

The integration will make it easier to share and discuss Pins via message – which is important, because Pinterest says that nearly a million Pins are shared to Facebook Messenger every week. It’ll also give Pinterest another way to tap into Messenger’s audience of 1.3 billion people with better tools, showcasing the best of what Pinterest has to offer, which could drive more users to the site.

In addition to this, Pinterest is also rolling out a new Messenger bot, which will ‘bring the power of Pinterest Search to Messenger, and help Pinners find recipes, products, style inspiration and other ideas.’ As you can see, the Pinterest bot will enable users to search Pinterest without leaving Messenger. Start a conversation with the bot and you’ll be given a range of one-tap search options, based on Pinterest’s most popular categories, or you can conduct your own search in-stream (second image above).

From there, you can view your Pin matches within your thread, and see the full Pin by clicking through. Pinterest says this is an early exploration into AI interactions for Pinterest, ‘allowing users to engage with the product in a more natural and conversational way’, with more developments to follow.

As we’ve noted before, Pinterest is something of a quiet achiever in the social space, developing innovative new search tools and options as it looks to become a more significant player in eCommerce. Providing more ways for people to connect with and share Pins makes perfect sense, and while integrating with Messenger could possibly keep people away from Pinterest’s own app, it may also help showcase more of what the platform has to offer within more Messenger groups, thereby driving bigger take-up.

The Pinterest chat extension will be rolling out to Pinners using the English language version of the app on iPhone and Android over the coming days.