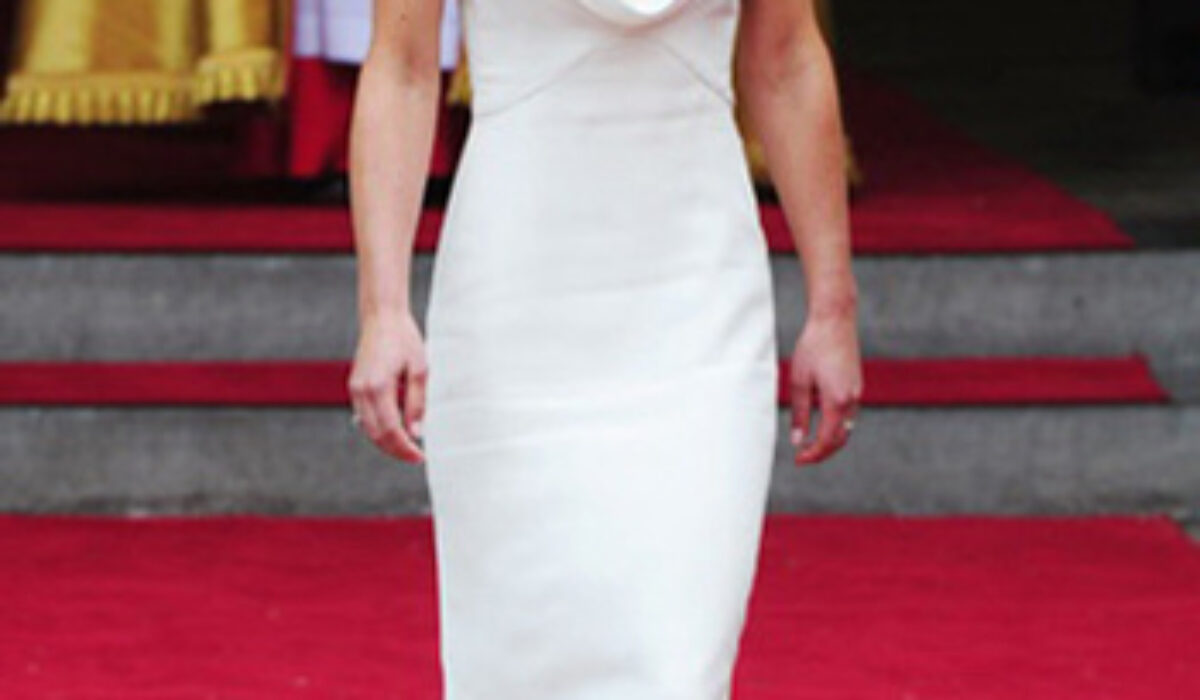 Pippa Middleton being shunned by Prince Harry and Meghan Markle during their wedding ceremony is fake news. There is no truth to a report that Harry and Meghan will be shunning Pippa during their wedding. The British royal and the American actor and humanitarian made their first public appearance since their engagement was announced and posed for photographers at Kensington Palace. The couple is set to tie the knot in spring 2018.

Pippa is the younger sister of Kate, Duchess of Cambridge. Pippa began receiving media attention with her appearance as the maid of honor at her sister’s wedding to Prince William. After marrying James Matthews in 2017, she will be styled Lady Glen Affric should he inherit his father’s title.

Where did this fake news originate? Celeb Dirty Laundry published the news article on Nov. 30, 2017, reporting that Pippa is being shunned by Prince Harry and Meghan in response to Meghan’s lack of invitation to Pippa’s wedding ceremony. You can read the fake news article below.

Prince Harry and Meghan Markle are getting married, but will Pippa Middleton be invited to their wedding? That’s what a lot of royal observers can’t help but wonder as Pippa refused to have Meghan Markle attend her own wedding ceremony when she married James Matthews earlier this year.

Back in May, it was reported that Meghan Markle was invited to Pippa Middleton and James Matthews’ reception, but not to the couple’s wedding ceremony. Many royal fans believed that Pippa didn’t want Meghan to overshadow her on the most important day of her life. That’s why Prince Harry was forced to attend the ceremony on his own. Meghan was spotted joining Harry at the reception later that day.

The move didn’t come as a surprise to anyone. After all, Meghan has become the most fascinating person in the media in recent months. Everyone wants to know how Prince Harry fall in love with an American actress that he will soon make his own wife. Pippa Middleton, on the other hand, wanted to keep the media focus on herself during her wedding. That’s why she kept Meghan away, knowing all too well that the photographers would have preferred a shot of Meghan rather than the bride that day.

However, there is no truth to the story, according to Gossip Cop. Contrary to the fake news, Middleton invited Markle to come with Prince Harry to wedding ceremony, as well as the reception. However, news reports noted that Prince Harry and Markle decided that her presence would upstage the bride on her big day. Instead, the two decided only Prince Harry would be at the church service.

Thus, there is no truth to Celeb Dirty Laundry‘s claim that Middleton “refused” to have Markle at her wedding and “forced” Prince Harry to go solo. That’s why the outlet’s latest claim about Prince Harry and Markle “shunning” Middleton when they wed in St. George’s Chapel at Windsor Castle in May is factually wrong. Gossip Cop noted that an insider told them the claim has “no basis” in reality.

https://t.co/8fZLpo6MfT if Prince Harry and Meghan Marble don’t want Pippa to attend their wedding it’s their business, not everything that the royal family do should be reported to the media. Leave my girl Meghan Marble alone!😎😎😎😎

What did you think of the fake news that Pippa was being shunned by Prince Harry and Meghan during their wedding ceremony? Did you believe the fake news or see people sharing it falsely on social media? Let us know in the comments section.