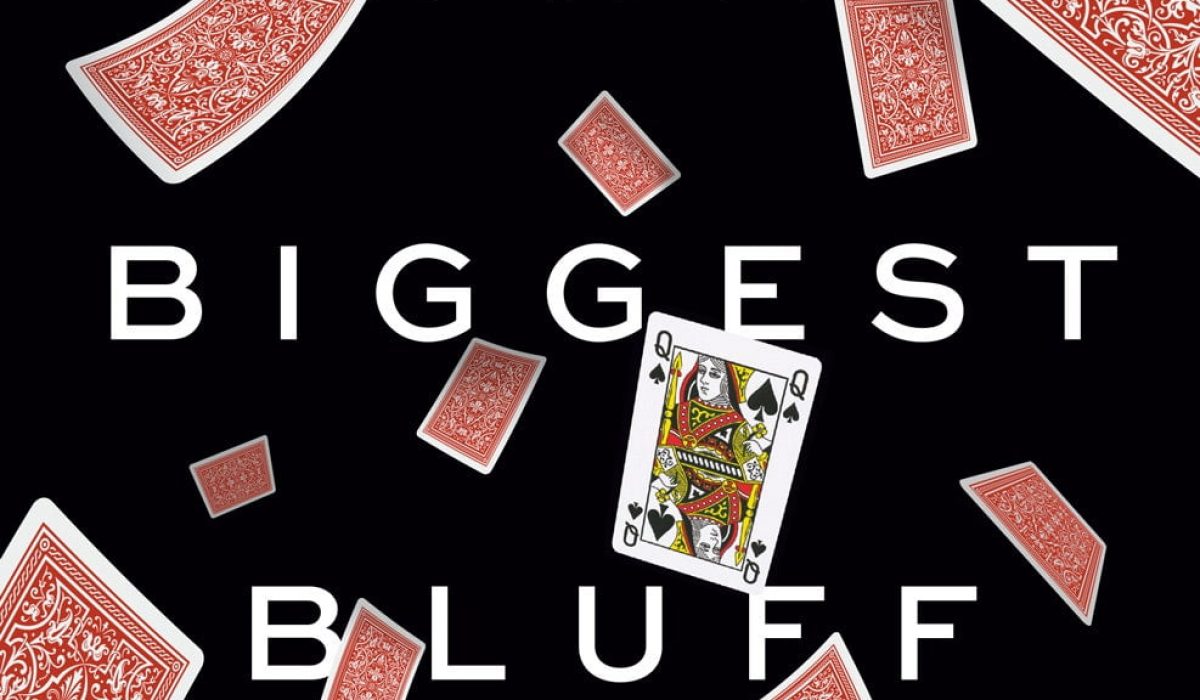 “You are going to be a gambler?”

That’s my grandmother Baba Anya speaking. My last living grandparent. I’ve come to Boston for a family visit, nearly bouncing with excitement at my new project, and she is not impressed. To call her lukewarm would be the understatement of the hour. She has a way of setting her jaw that makes it jut out like it’s about to slice through stone. The chiseled expression of a conquering hero atop a pedestaled horse. A conquering hero—or an angry general. I can feel the full brunt of grandmotherly disappointment gather on my shoulders. She has almost (though not quite) come to forgive me for not wanting kids after over a decade of my persistent explanations, but this—this is a new low. If you think you know the kind of disappointment a five-foot-some-odd 92-year-old is capable of, think again. She was a Soviet-era schoolteacher. She’s had more practice than an army drill sergeant.

She shakes her head.

Excerpted from The Biggest Bluff: How I Learned to Pay Attention, Master Myself, and Win by Maria Konnikova. Buy on Amazon.

“Masha,” she says—my Russian nickname. “Masha.” The word is laden with so much sadness, so much regret for the life I’m about to throw away. In a single word, she has managed to convey that I’m on the brink of ruin, about to make a decision so momentously bad that it is beyond comprehension. A Harvard education and this, this, is what I’m choosing to do?

“Masha,” she repeats. “You are going to be a gambler?”

My grandmother’s reaction may be extreme—nothing is quite as personal as your grandchildren heading out to ruin on your watch; you have to throw your body in the breach—but it is far from atypical. In the coming months, I’ll be accused of being responsible for a society-wide “sin slide” for advocating for poker as a teaching tool. I’ll be called a moral degenerate by strangers. A group of highly intelligent people at a retreat will tell me playing poker is all well and good, but how do I feel about encouraging people—children even!—to lie?

The world of poker is laden with misconceptions. And first among them is the very one I’m seeing from a stricken Baba Anya: equating poker with gambling. To my mind, the journey was well motivated: Of course people would understand that poker was an important way to learn about decisionmaking. I mean, think of John von Neumann! One of the great polymaths of the 20th century, father of the computer, one of the inventors of the hydrogen bomb, the creator of game theory. And a poker player! Not just a poker player, but someone for whom poker inspired brilliant insights into human decisionmaking, someone who considered it the ultimate game for approximating the strategic challenges of life. Let’s get to the tables! But looking at Baba Anya, I realize that the battle for support—and the justification for poker as not just a learning tool, but as one of the best tools there is for making decisions that have nothing to do with the game itself—is going to take a bit more fighting. I’m going to be explaining this over and over, so I may as well get it right.

Poker, to the untrained eye, is easy. Just like everyone who meets me seems to have “a book in them,” which they’ll write just as soon as they get a chance, so everyone who meets my coach, Erik Seidel—one of the most legendary poker players in the world—thinks they are just a hop away from becoming a poker pro or, at the very least, a badass poker bro. Most of us underestimate the skill involved. It just seems so simple: get good cards and rake in the dough. Or bluff everyone blind and rake in the dough once more. Either way, you’re raking it in.

And poker does have an element of chance, to be sure—but what doesn’t? Are poker professionals “gamblers” any more than the man signing away his life on a professional football contract, who may or may not be injured the next week, or find himself summarily dropped from the team in a year because he failed to live up to his promise? We judge the poker player for gambling; we respect the stockbroker for doing the same thing with far less information. In some ways, poker players gamble less than most. After all, even if they lose an arm, they can still play.