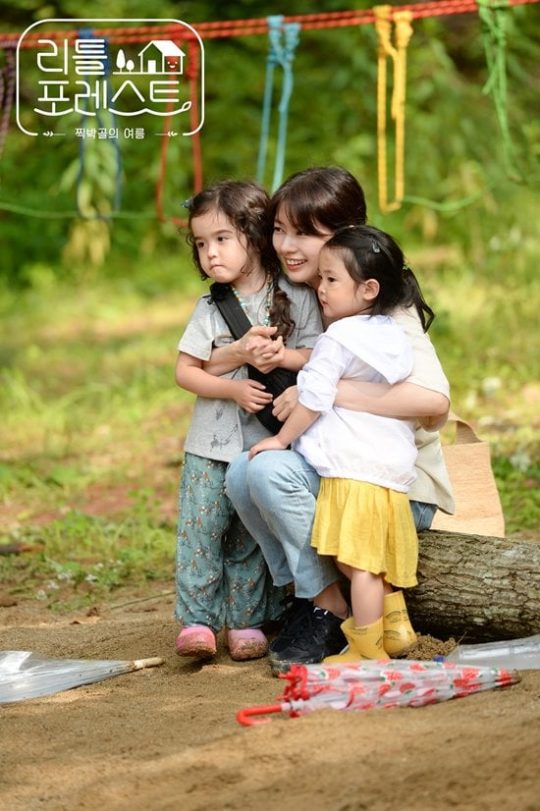 PD Kim Jung Wook and CP Choi Young In of SBS’s new variety show “Little Forest” — a program where Lee Seung Gi, Lee Seo Jin, Park Na Rae, and Jung So Min run an environmentally friendly daycare where children can play and enjoy nature — revealed how they chose the cast for the show.

They said, “Rather than people who are well-versed in childcare, we wanted people that were curious about children.”

The producers revealed that Lee Seung Gi was the starting point for the show. PD Kim Jung Wook said, “While we were working together on ‘Master in the House,’ I felt that he had a lot of interest in children. Whenever we had a break, he would talk often about how the development of children is crucial for the future of our country. Lee Seung Gi is like the seed for the show.”

In looking for someone who would have great chemistry with Lee Seung Gi, they found Lee Seo Jin, although when they first approached the actor about the show, he said he doesn’t like kids very much. PD Kim Jung Wook said, “When filming started and the children arrived, he was very quiet. But eventually, he was laying on the table and feeding the kids. You’ll be able to see dimples from Lee Seo Jin that you’ve never seen before.” CP Choi Young In added, “Among the cast members, Lee Seo Jin was the one that worried the most for the children’s safety and checked on them often. We were able to trust his meticulous personality.”

Describing Park Na Rae and Jung So Min, PD Kim Jung Wook said they were perfect for the variety show. “Park Na Rae grew up in the countryside around nature, so she fits well with our program. She has a lot to teach the kids, and she’s also very talented. Moreover, she’s been on television a lot, but hasn’t interacted with children as much. She said she was also curious about the show.”

Meanwhile, Jung So Min has relatively more experience among the cast members. The PD explained that she used to volunteer at an orphanage with her mother every year on her birthday. “She likes children, and she’s good at caring for them. She’s like a hidden gem of a person. Instead of saying she’s ‘playing with the kids,’ she just says she’s ‘playing.’”

Explaining more about the show, CP Choi Young In said, “Caring for children is our main goal, and within that, there is a lot of fun. There is some conflict between the adults and children, and there are a variety of things that happen between the adults, as well. For example, there’s a unique bromance between Lee Seung Gi and Lee Seo Jin, and Seo Jin and Na Rae bicker like an old couple.”

“Little Forest” airs its first episode on August 12 and will be available on Viki!