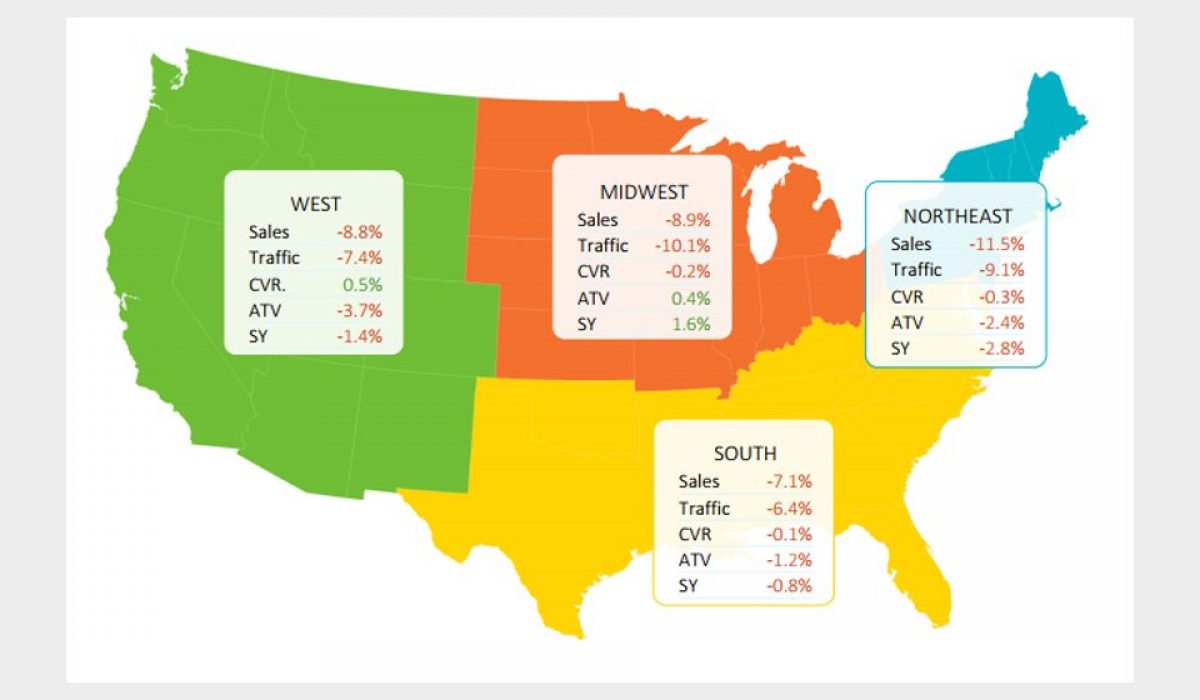 As summer ends, retail sales are falling, according to in-store analytics firm RetailNext. The company recently published its latest Retail Performance Pulse report, providing a detailed analysis of how physical stores performed in August 2017. The report found sales had significantly dropped during the month.

Specifically, the last month of summer saw bricks and mortar stores experience a 9.5 percent decline in store sales and a 7.7 percent decrease in shopper traffic. At the start of the month, falling traffic and net sales were less severe. But by week four of August, declines in both the total number of transactions and net sales had risen to double digits.

The RetailNext Retail Performance Pulse August 2017 report also highlighted regional retail performances. The Northeast, South and Midwest had the coolest year-over-year August since 2014, with the Northeast experiencing the largest decline in sales, down by 11.5 percent. Midwest traffic had the largest decline in August, at 10.1 percent year over year. The only region to experience warmer year over year temperatures was the West.

August’s overall 9.5 percent drop in sales and 7.7 percent decline in shopper traffic differs from figures in July, which showed the retail sector’s performance to be relatively stable.

RetailNext’s Retail Performance Pulse report for July 2017, showed the decline in traffic for the month was only 5.5 percent, the lowest decline in a year and a half.

RetailNext collects data from millions of shoppers every month across dozens of retail chains in the United States. It is the leading provider of in-store analytics. Each month RetailNext provides data points on retail performance to give a ‘pulse’ of the industry.

For example, its Retail Performance Pulse showed June sales were down for retailers, despite Father’s Day.

For the Retail Performance Pulse in August, more than 7 million shopping trips were analysed in data sets in retail stores throughout the United States.