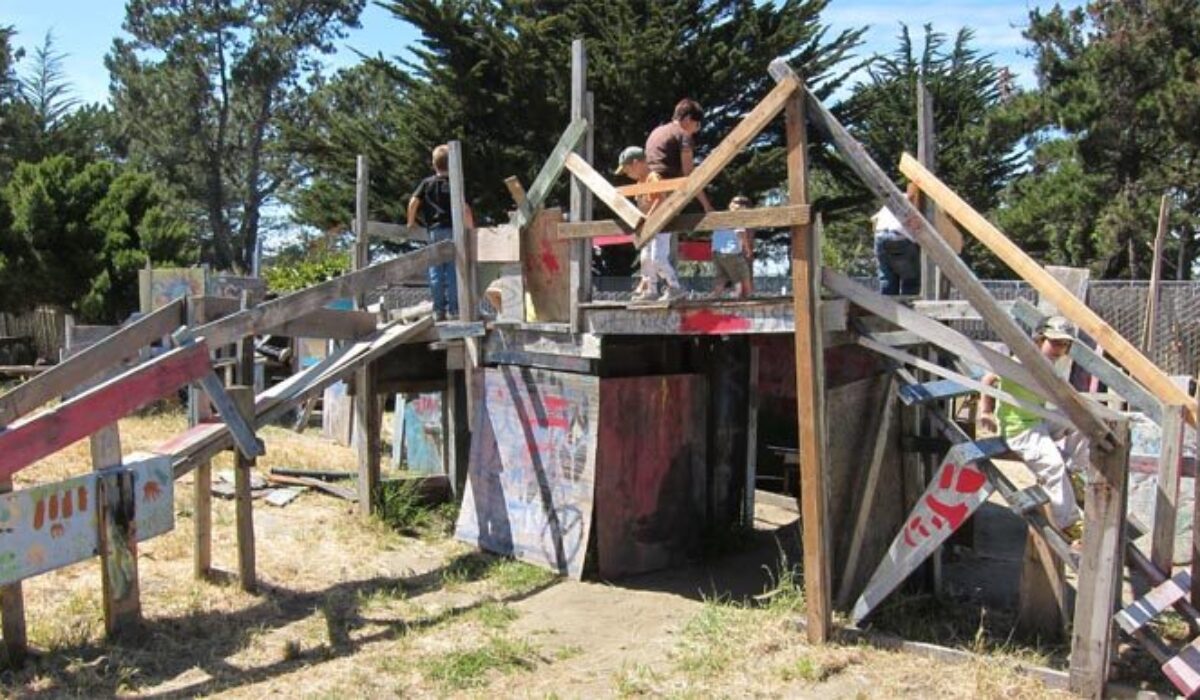 It’s truly remarkable how much your outlook on life changes when you have a child of your own. That complete and utter responsibility for a completely helpless little ball of flesh really puts everything into perspective. Just like learning how to blog or run an online business, you get bombarded with all sorts of cryptic lingo and jargon, and develop a voracious appetite for all sorts of books and other content to teach you how to do things better. It’s a whole new world. It’s a brave new world.

And then, there are the issues of safety. (Don’t worry. I’ll get to how this relates to making money online in just a second.)

I recently came across a Vox video that asserts safe playgrounds aren’t great for kids. Instead, the video features what are called adventure playgrounds, which are also known as junk playgrounds. These are playgrounds largely built around discarded construction materials and other “junk.”

They don’t look like regular playgrounds at all; they’re kind of ugly and seemingly quite dangerous. But they teach children about how to mitigate risk and how to create their own environments.

In the relatively short video, they say that risk and hazard are not the same thing. They bring up the example of climbing a tree. Most assuredly, children climbing trees involves a certain element of risk. After all, they could fall off the tree and hurt themselves. That’s risk. However, the seemingly intact branch that’s actually totally compromised is a hazard. The child steps onto the branch thinking that it is safe, but it breaks away, and the child falls.

In both instances, we have a child who fell out of a tree. The difference is that in the “risk” scenario, the child entered the situation knowing the risks involved. It’s more about managed risk and making educated, calculated decisions along the way. The “hazard” is something unexpected, something that basically came out of nowhere to cause the child harm. With these “adventure playgrounds,” the goal is create a “dangerous” environment where children can navigate their way through “managed” risk scenarios.

So, what does this mean for those of us who run online businesses and make money on the Internet?

It’s true that when you decide to strike it out on your own, you’re taking a risk. A salaried position at a traditional company may provide a stable paycheck, but the theoretical opportunities could be limited. And if that company should fold or if you get laid off, there’s not much to fall back on. At least in an immediate sense.

Indeed, you might argue that making money online with your own business is more stable than a regular job in that you can manage multiple streams of income, all of which have theoretically limitless potential. You navigate through a series of managed risk scenarios, especially if you rely on arbitrage to turn a profit, but you’re largely in control.

But there are hazards too, of course. These are elements outside of your control that could come flying in from left field. If you earn in US dollars, but live outside the United States, shifts in currency exchange rates could dramatically affect your livelihood. If the economy takes a crash like it did in 2008, you could suffer (or you could capitalize on newfound opportunities) too. Those are hazards, but they’re also hazards whose effects you can mitigate if you plan ahead.

Making money online might be risky, but holding down a traditional 9-to-5 can be risky too. It’s just a matter of how you choose to manage your adventure among all that junk.