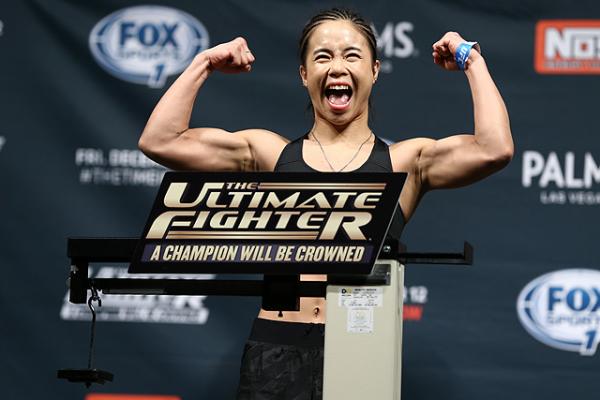 It’s fight week for South Korea’s ROAD FC 51 XX, and the promotion has announced the final lineup for its latest all-female event. In a press release distributed Monday, ROAD FC highlighted the main card of this weekend’s event, which takes place Saturday, December 15 at the Grand Hilton Seoul in Seoul, South Korea.

Atop the card, former UFC fighter Seo Hee Ham (Ham Seo-Hee in Korean naming order) looks for her second straight title defense when she takes on Park Jeong-Eun. Ham (19-8), a veteran of DEEP Jewels and Smackgirl, went 1-3 in the UFC between 2014 and 2016, competing at strawweight. Her lone win, against Cortney Casey, wasn’t enough to keep Ham in the American promotion, as back-to-back losses against Bec Rawlings and Danielle Taylor sent her packing.

However, dropping back down to atomweight, Ham found immediate success in ROAD FC, winning the atomweight title against Mina Kurobe at ROAD FC 39 last year. She followed that up by defending the belt against Jinh Yu Frey at ROAD FC 45 XX. Frey, of course, would go on to win the Invicta FC atomweight title, and is set to defend it at Invicta FC 33 the very same day Ham defends her belt.

Park Jeong-Eun (4-4-1) becomes the first Korean to challenge Ham for the atomweight title. A Korean National Kickboxing Champion in 2013-14, she also competes in Sambo.

In the co-main event, Lee Ye-Ji (3-4), known as “High School Fighter” after getting her start in MMA at just 16, will take on Lee Su-Yeon, in her debut. Su-Yeon earned her spot after appear on the Fearless Guys television series, in which fighters from across Korea competed for a chance to appear with ROAD FC.