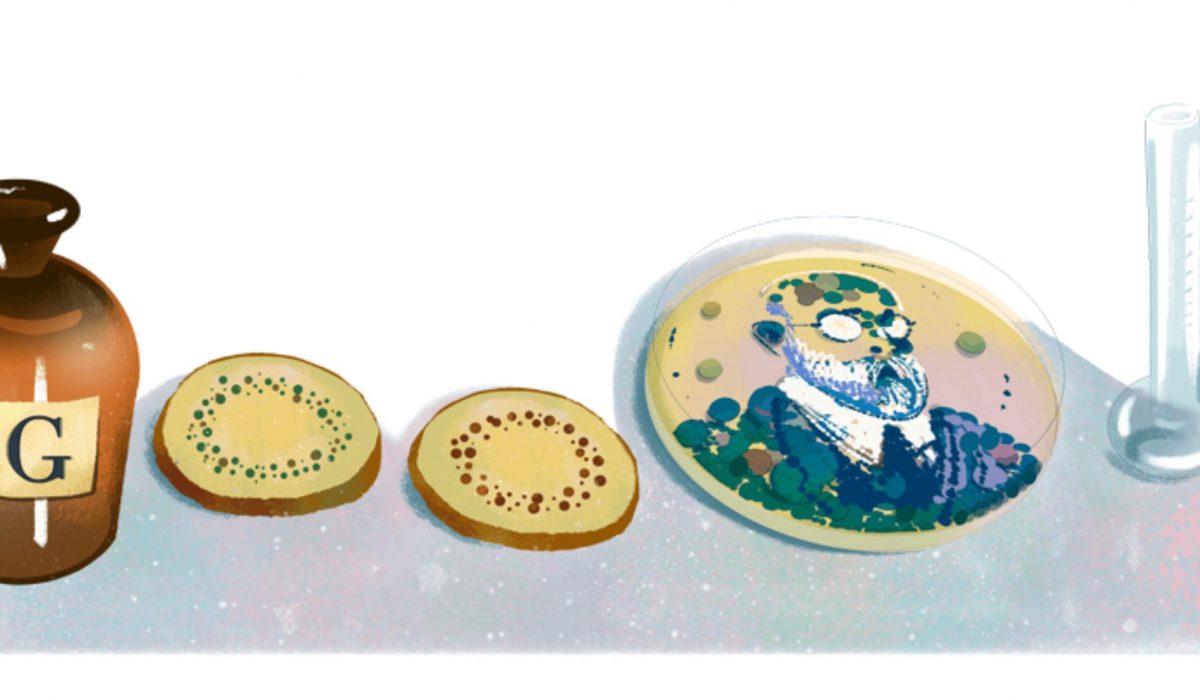 Today’s Google doodle pays homage to Robert Koch, the German physician and microbiologist credited with ushering in the Golden Age of bacteriology.

Instead of marking his birthday, Google is honoring Koch with a doodle on the anniversary of being named the Nobel Prize winner in Physiology or Medicine in 1905.

“By developing many of the basic principles and techniques of modern bacteriology, he inspired a new generation of scientists and microbe-hunters, ushering in a Golden Age of bacteriology,” writes the Google doodle team on the Google Doodle blog, “During this Golden Age, scientists discovered the microorganisms responsible for causing twenty-one different diseases.”

Designed by doodler Sophie Diao, the doodle leads to a search for “Robert Koch.” The imagery highlights the potato slices Koch used to isolate bacterial cells during his research, as well as Koch’s image in a Petri dish. Google says Koch used potato slices for his experiments until his assistant, Julius Petri, came up with the Petri dish.

As Google notes, Koch understood how solutions to big problems can often be found in their microcosms. It was his research that resulted in the ability for scientist to identify the bacterium for anthrax, cholera, and tuberculosis: “Countless lives have been saved thanks to his role in proving the revolutionary idea that germs cause diseases.”