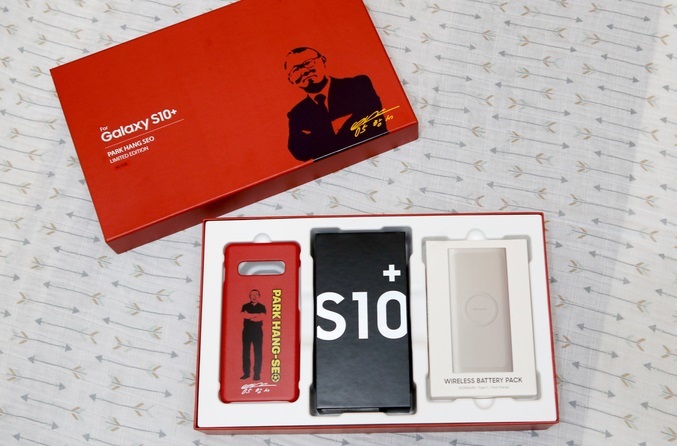 The Samsung Galaxy S10+ Park Hang-seo Limited Edition will be released on Sunday to acknowledge and celebrate the achievements of the Vietnamese football team under Park, the company said in a press release.

“Through this limited edition of Samsung Galaxy S10+, we hope to accompany coach Park Hang-seo to inspire and send a message of ‘Doing the Impossible’ to Vietnamese soccer fans,” Nguyen Quang Hien Huy, deputy director of Samsung Vina Electronics, said.

It will come with a cover with a picture and signature of Park and a wireless charger.

Samsung, the world’s biggest smartphone maker, is the largest foreign investor in Vietnam. It exported goods worth an estimated $60 billion from Vietnam last year, up 12 percent from 2017, accounting for a quarter of the country’s exports.

Its Vietnamese subsidiaries’ sales of $67 billion represented 30 percent of its global revenues.