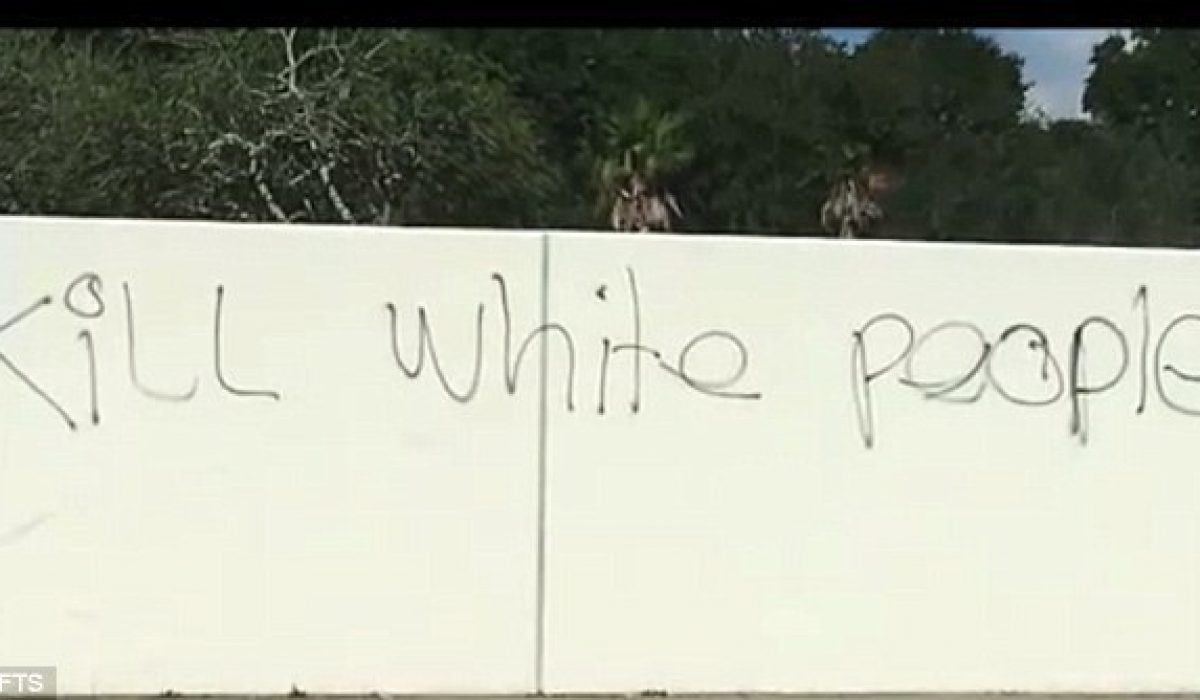 Sarah Palin’s home being vandalized by members of the Black Lives Matter movement is fake news. There is no truth to a report that the former Alaskan governor’s property had been damaged and spray painted with the phrase “Kill White People.” Where did this fake news originate?

Freedum Junkshun published the fake news article on Oct. 18, 2017, reporting that Palin, the former Republican Vice-President nominee, was the victim of vandalism by members of the Black Lives Matter movement with a hate slogan sprayed on her wall. You can read the fake news below.

Sad news coming out of Alaska on Wednesday. The home for former Governor and a woman who almost became Vice President was vandalized last night.

Liberals love to say that Black Lives Matter isn’t a terrorist organization, but we have seen them lead mobs that have tore up major cities like Baltimore and Ferguson, vandalize property, disrupt events, and more.

According to Anchorage police, “KILL WHITE PEOPLE” was found sprayed on the wall surrounding the Palin household’s back yard. According to the Anchorage Times:

In addition to the spraypainted message of hate, a rock with a piece of paper reading “BLACK LIVES MATTER” was thrown through Sarah Palin’s bedroom window.

However, there is no truth to the story. No legitimate news outlet reported on it. A simple search on Google shows no results for any news reports on vandalism at Palin’s home. Also, the Anchorage Times no longer exists. The Anchorage Times was a daily newspaper published in Anchorage, Alaska that became known for the pro-business political stance of longtime publisher and editor, Robert Atwood. Competition from the McClatchy-owned Anchorage Daily News forced it out of business in 1992.

The image used actually came from a story in September 2016 when deputies in Hillsborough County, Fla., found graffiti at two different locations. One wall was hit along Gornto Lake Road in Brandon, with the phrase “kill white people” spray painted. Other tags read “black lives matter” and “BLM.”

Here is an example of someone sharing the fake news on social media.

Freedum Junkshun carries a disclaimer at the bottom of the page:

We believe that there is nothing more precious than the mind of an aging conservative. Here we gather a boatload of bullhonkey, works of pure satirical fiction, to give the fist-shakers of the world a reason to hate. Reality is often in the eye of the beholder. You won’t find any of it here.

Join the fun in the comments on our Facebook page where you too can watch David Hasselhoff running over someone’s poodle magically transformed into a crime against humanity by Barack Obama or yet another murder the Clintons got away with.

What did you think of the fake news that Palin’s home was vandalized by Black Lives Matter members? Did you believe the fake news or see people sharing it falsely on social media? Let us know in the comments section.