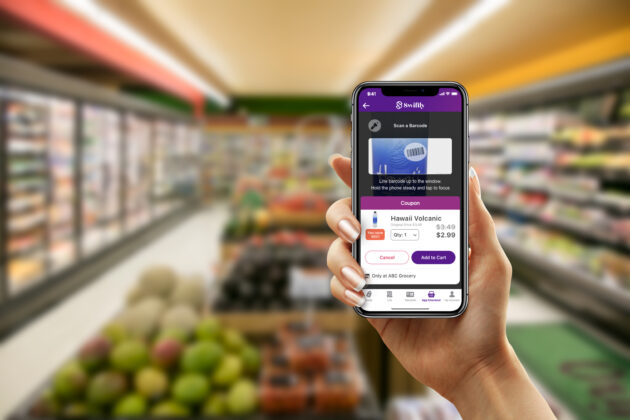 Swiftly raised a $15.6 million seed round to help grocery stores and other retailers up their technology offerings to keep up with Amazon and Walmart.

The funding round coincides with the debut of what the Seattle startup calls an “operating system for brick and mortar stores.” The system is live in grocery stores in California and Georgia, and the company is getting ready to embark on a nationwide rollout.

Swiftly offers a variety of features for customers through its app, including a fast checkout option. Customers can scan items in their cart using the app as they go. Then at checkout time they can bypass lines using a dedicated Swiftly lane, where a “gatekeeper” takes a photo of the basket to validate the purchase.

Swiftly already has at least one big customer: Zion Market, which has stores in California, Georgia and Texas. In addition to speeding up checkout, Swiftly’s app lets customers create shopping lists, find deals and apply coupons. It helps stores build strong loyalty programs and get new insights on customer preferences and purchase patterns through data and machine learning.

Grocery is the latest industry to see rapid change due to technological innovation. Amazon and Walmart are in a grocery arms race, investing heavily in technology to reduce checkout times and make shipping and picking up items easier. Microsoft has also gotten into the grocery game, through sweeping partnerships with companies like Walmart and Kroger.

Startups are also beginning to target the grocery industry, giving smaller stores and chains a chance to take advantage of emerging technology. Swiftly is one example, and another is Standard Cognition, a San Francisco-area startup that raised $35 million in July. The company builds AI-powered autonomous checkout programs, similar to the technology that powers Amazon Go.

Turner, Swiftly’s CTO and a former Microsoft engineer, said the move to Seattle was based on talent, specifically tech personnel who also had a strong background in the grocery industry.

“Because our product evolves almost every aspect of the grocery shopping journey, we knew that we would need to hire engineers from top tech companies like Microsoft and Amazon to build a product that could scale. We found that Seattle was the best market for this talent,” Turner said.