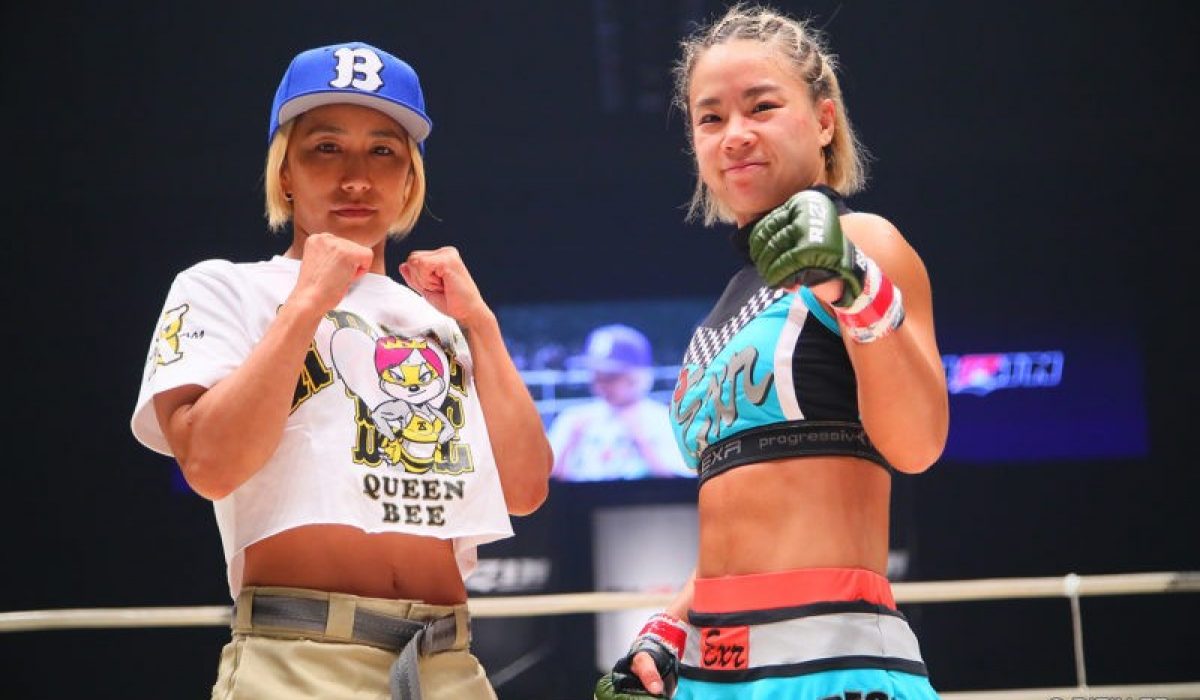 Roughly twelve-hours ago, fan favourite Seo Hee Ham (21-8) was in the ring for her highly-anticipated RIZIN debut.

And now, she already has her next fight with the company set.

This morning at RIZIN 17, the world saw what Ham can do. Whether they were familiar with the top-notch Korean beforehand or not, it’s hard to imagine them mot being a fan of what they saw last night.

“Hamderlei” took on DEEP JEWELS veteran and champion Tomo Maesawa. The 4-foot-11 sparkplug was smashed by the ROAD FC champion Ham inside of a round.

After hurting Maesawa with a piercing knee to the body on the feet, Ham followed up and hit the Japanese veteran with a multitude of grounded-knees to the head. This was enough for referee Jason Herzog to step in, giving Seo Hee Ham the TKO win.

It was all respect from Ham and Maesawa post-fight, as ot was pre-fight. After making good on her RIZIN debut, the ROAD FC queen got on the mic and promptly called out Miyuu Yamamoto (5-3) who was in the audience.

As Ham went to leave the ring, she was waved back to the ring. Yamamoto was inside of it as well, and the fight was made official. Though no date had been confirmed.

Following the RIZIN 17 fight card, Nobuyuki Sakakibara confirmed to media that the bout would take place in October at RIZIN 19. No date has been announced for this event as of writing.

Despite turning 45-years-old on August 8, Yamamoto has won four-straight after starting her MMA run an abysmal 1-3. This current streak includes wins over Saori Ishioka, Andy Nguyen, Mika Nagano, and a wrestling clinic against former Grand-Prix champion Kanna Asakura most recently.

READ ALSO  Where Can I Advertise My Business? – Small Business Trends

Also confirmed by Sakakibara, the winner of this fight will fight atomweight champion Ayaka Hamasaki – likely at RIZIN’s year-end extravaganza on December 31 – for the title.