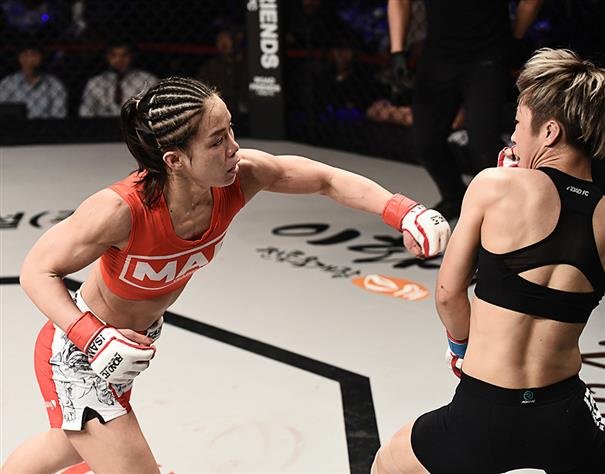 Seo Hee Ham has continued to find success outside of the UFC, securing her third atomweight title defense at ROAD FC 51 XX in Seoul, South Korea on Saturday.

In the main event, former UFC athlete Ham defended her atomweight title for the third time, capturing a unanimous decision against the lesser known Park. While the fight went the distance, Ham was never in much danger outside of a knee bar attempt in the third following her own takedown. The three-round fight was stood up in the final minute, however, and Park was unable to pull off a miracle.

After the bout, Seo Hee was quoted as saying that “I want to thank my parents, my coach and teammates from Team Mad. I should have done better. I wanted a knock out or a submission but I didn’t get it. The next one, I will do better.”