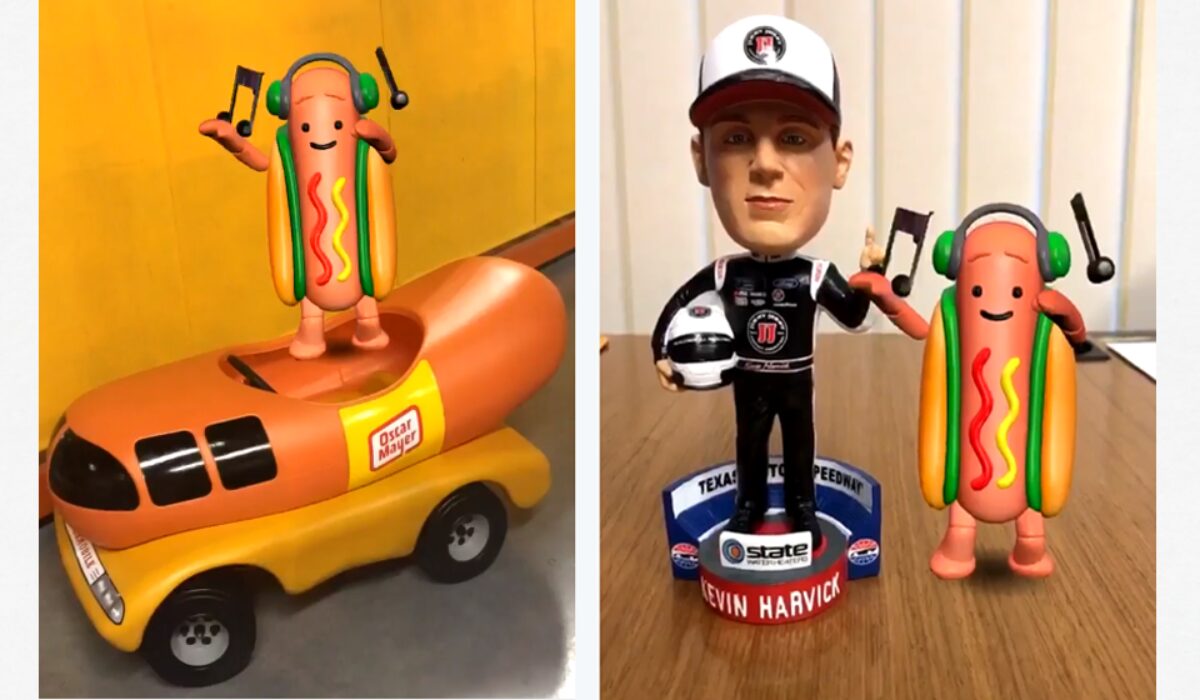 The rest of the company’s numbers, like overall growth and earnings, is rather bleak, according to Gizmodo, perhaps a telling reason why Spiegel felt it necessary to cite the dancing hot dog.

The boogieing symbol of Americana, donning headphones and accompanied by mustard and ketchup, is a relatively new feature for the social media platform. Spiegel said it has been used or viewed more than 1.5 billion times inside the app.

The artificial hot dog is part of the business’s growing augmented reality features, which overlays virtual objects over the real life environment. (Think Pokémon Go, where fictional creatures appear next to a park bench, for example, while looking through a computerized screen).

$SNAP says this dancing hot dog has been viewed 1.5B+ times. pic.twitter.com/E9mSyGkSkr

While the company’s statistics aren’t very promising, it still has 166 million daily users, as of May 2017, according to TechCrunch. Many investors at the time sold their stock with haste after hearing of the slow growth, which was only up 6 million users from the previous quarter.

After the most recent reports of meager earnings, the stock hit its lowest points since the company went public in March, The Washington Post reports. Spiegel’s personal net worth has dropped due to his innately major stake in the company, going from roughly $4 billion around the time of the IPO (initial public offering) to roughly $3 billion early afternoon Friday, according to Forbes.

A fair amount of investors and analysts were initially cold on Snapchat’s IPO, arguing that its valuation was too high.

Snapchat did not respond to The Daily Caller News Foundation’s request for comment by the time of publication.