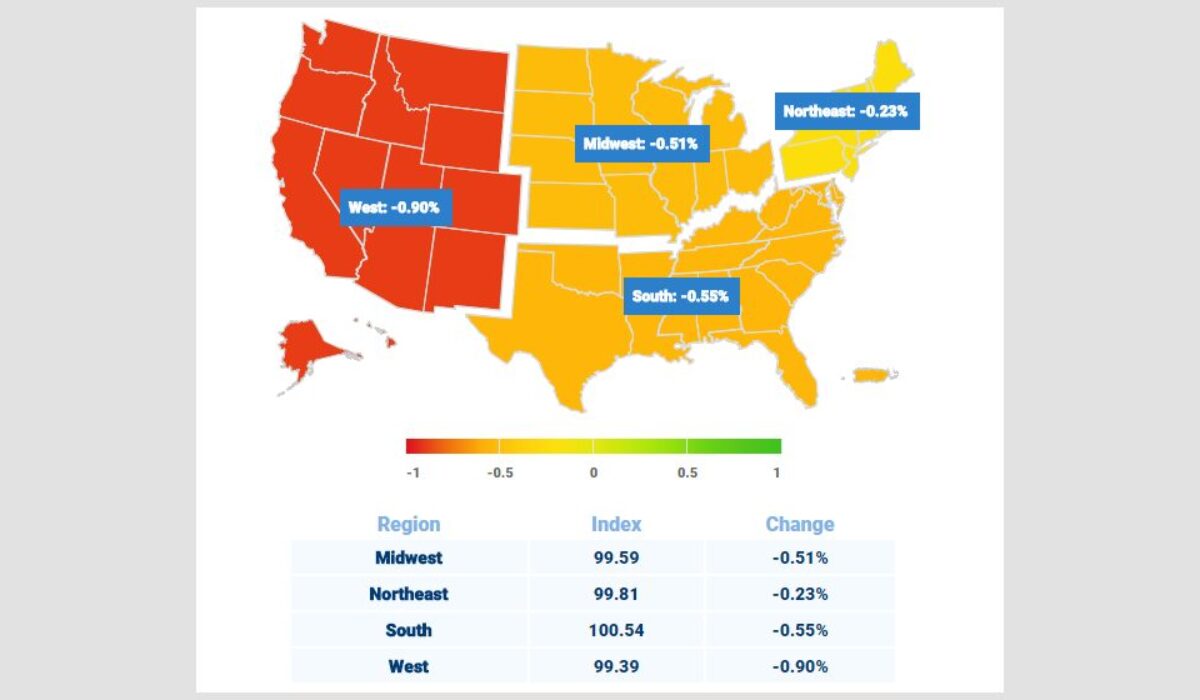 Small businesses in the South led the nation in job growth last month. But that may be one of the only pieces of good news from a recent employment index. Job growth overall among America’s small businesses is continuing a downward trend.

According to the November Paychex | IHS Markit Small Business Employment Watch survey this is the ninth month in a row that small business job growth has declined.

The Small Business Employment Watch uses a proprietary index where 100 shows average job growth. In November, the index dropped 3 one-hundredths of a percent from October to 99.86.

And again, while the number of jobs growth at small businesses continues to drop, the wages at these jobs goes up. The survey shows that wages are up 70 cents per hour over this time last year.

The index surveys Paychex clients with less than 50 employees. It analyzes payroll information, including job totals and wages earned to determine the index number.

“Though the monthly declines this year have been small, they have been persistent,” said James Diffley, chief regional economist at IHS Markit in a release. “At 99.86, the Small Business Jobs Index indicates employment growth, though steady, is now at the slowest pace since 2011.”

Still there were bright spots among the gloom.

Regionally, the south was the only region to show above average job growth. Small businesses there scored a positive index of 100.54 — though it was still a decrease from the previous month.  The Northeast placed in a strong second for the first time this year.

READ ALSO  These Founders Couldn't Afford Traditional Employee Benefits, So They Did Something Even Better

The West led in wages with big numbers. Hourly earnings were up 3.45 percent and 3.86 percent for weekly earnings. But the Midwest slowed any positive overall momentum with weaker gains of 2.32 percent. Hourly earnings there were $24.65, well below the national average.

Arizona’s hourly wages in November led the nation at close to 5 percent and seven states had hourly wage growth above 3 percent. Seattle rose to the top of the metro rankings for the first time this year in the job category.