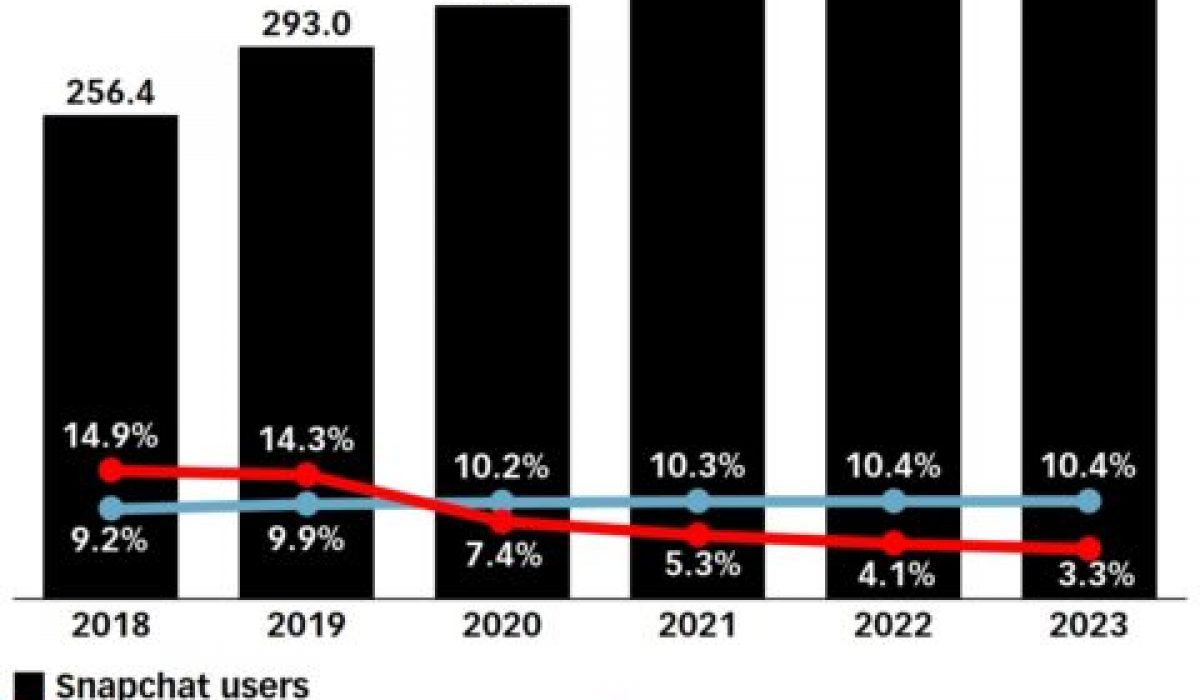 Snapchat is projected to grow more than anticipated by the end of this year as the company is making a comeback following several years of disappointing user growth.

Research firm eMarketer has upgraded its estimates for Snapchat users for 2019 through 2023, attributing the growth to new features and a rebuilt Android platform. “By the end of the year, Snapchat will have 293.01 million users worldwide, up 14.2% over last year. That’s an upward adjustment from 281.27 million in our Q2 forecast. With higher growth rates built into our new forecast, we expect Snapchat to add more than 63 million users by the end of 2023, vs. our previously estimated 52 million.”

Snapchat has not only grown year-over-year, it has grown every quarter so far in 2019. The US is Snapchat’s largest market, representing 27.4% of its 2019 users.

After a decline in US users last year as a result of an unpopular redesign, user growth in the US is expected to be up by 5.9% by the end of this year. The total number of Snapchat users in the US will be over 80 million for the first time

By comparison, Instagram is projected to grow its US user base by 6.7%, bringing the total to 107.2 million.,

The fastest growing demographic for Snapchat is users ages 12 to 17. The number of users ages 35 to 64 is also growing in double digit percentages. Lastly, eMarketer points out that Instagram has a greater share of the digital ad market compared to Snapchat. Instagram will reach $15 billion in global net revenue this year, while Snapchat will generate $1.53 billion.