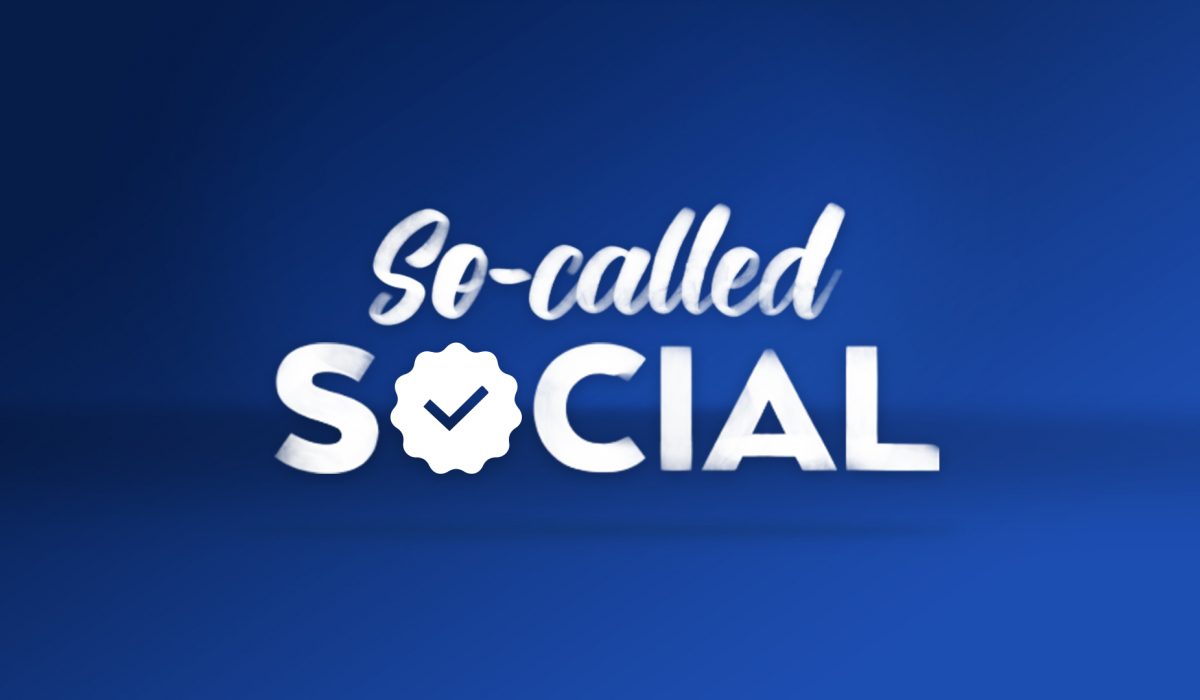 Welcome, almost weekend! Although all of us Adobe-ans work Saturdays, Sundays, and nights (cough. ahem.) there’s no beating the-day-before-Saturday feeling we all get with a good Friday. You’ll see our regular cast of characters in the social news this week, and welcome a new player to our stage: the entire country of France. There appears to be a common thread to the headlines — making ourselves tech safe. Read on.

In its bid to drop from the top ranking in the “Don’t be Evil” company motto contest, Facebook is trying to help young people use the web in positive ways. New dashboards for Facebook and Instagram tell us how long we’ve spent inside their apps, along with tools for setting daily limits and muting notifications. The new features “address concerns that addictive feedback loops built into social apps have been detrimental to users’ well-being.” (YA THINK?) Also this week, Facebook launched their Digital Literacy Library, a collection of lessons to help the 830 million young people online around the world “build the skills they need to safely enjoy digital technology.”

Twitter too is making its service more critic-proof and hopefully human-friendly, “working with researchers on ways to measure the health of discourse on the social network, part of a broader effort to clean up its service.” Twitter, along with academics, will develop metrics to “distinguish between incivility, which can play an important role in political dialogue, and intolerance — like hate speech and racism — that’s “’threatening to democracy.’”

Although not necessarily a ‘Tech for Good” statement, Snapchat is pushing hard to convince us they have the goods to be the social network of choice by introducing voice-controlled lenses that will animate when users speak simple English words. For example, say “love” and cheesy jazz music will play. I think they should have made hearts rain down…? Feel free to use that idea, Snap.

Finally, you may have heard a few weeks back that Facebook lost a bit of loot when their earnings report underwhelmed. Their response? Monetize another app they own. Facebook will now display ads of businesses that link out to WhatsApp. Companies can purchase ads that lead people directly to an already-loaded chat on WhatsApp, and they can start talking from there. Businesses can respond to customers for free if they answer within 24 hours, but Facebook will charge them for any response after 24 hours.

Bauhaus isn’t just an underrated goth band from the ’80s, it was also an art movement that spurred a cool social activation — Adobe Hidden Treasures — from the Creative Cloud team. This week’s challenge: use lost fonts from the Bauhaus Dessau to design a business card. Winner will get a Macbook Pro and CC for a year!

Next week the Photoshop team is kicking off the second installment of their annual “Adobe Rising Stars of Photography” program, where they feature 10 up-and-comers who get an article on the Adobe Blog and take over the Lightroom Instagram channel for a week. Community love FTW.

You MUST have heard by now that Apple is worth over $1 trillion. A little perspective: the U.S. Budget estimates revenue of $3.6 trillion and expenses of $4 trillion. So one company in Cupertino is worth over a quarter of what our gov’t spends per year.

Remember the movie 2004 movie “Dodgeball?” KFC hopes you do. In the film, the story talked about a fictitious ESPN8 channel. (Get it? ESPN2, ESPN Classic, etc.) Well KFC loved the idea enough to sponsor an all-day series of games. ESPN8 “The Ocho” Presented by KFC Battle of the Buckets. A teaser video released Wednesday shows various pursuits being performed by athletes sporting KFC buckets over their heads. Um… No comment.

Like GoT? If you realllllly do, then you know what GoT is. And you may love this offer from Airbnb. On Tuesday, the Riverrun castle that appeared on the tres-popular HBO show, went up for sale, and Airbnb has offered whoever ends up buying the castle a room renovation that might make Cersei and Tyrion Lannister act like a true brother and sister again — if they plan on Airbnbing it.

Not to be outdone by Facebook’s moves to keep our online world copacetic, the entire country of France said, ‘Peut-être que la technologie n’est pas bonne pour les enfants…’ (It’s OK, you can Google Translate it). A new law that bans mobile phones for all students in nursery, primary and middle schools. Wow. Good on them. Although, can we all agree that if our preschoolers have mobile phones we’re doing something wrong? K, thx.

Adobe has been telling everyone who is listening about the future of immersive tech. Check out some artists using augmented reality (AR) in projects that make us go. Online furniture retailer Wayfair is using AR to personalize online shopping, creating digital experiences on their site and app that include personalized recommendations based on what they know about their customers. The “ visualization capabilities …are as close as possible to a physical in-store experience or having a designer visit a customer’s home.” Like our Founding Fathers said, “Give me a phone with AR capes or give me.”

Facebook is searching for a new CMO after … well… all of the things that keep dragging the brand down. Think you have what it takes? And no, Ann, you cannot throw your name in the hat. We like you here.

Sometimes the internets can be terrifying, let’s be honest. And Reddit can be the home to nightmares, I know. But have you checked out the sub-Reddit called “Aww”? It has things like this.

It seems nearly 100 goats mobbed the streets of Boise “eating everything in sight” and nobody knew why.

Finally, if animals don’t make you smile, maybe the kids will. In keeping with this week’s news where companies and countries are trying to help make our tech world a better place, I feel like this is a good reminder for whom we are working for: