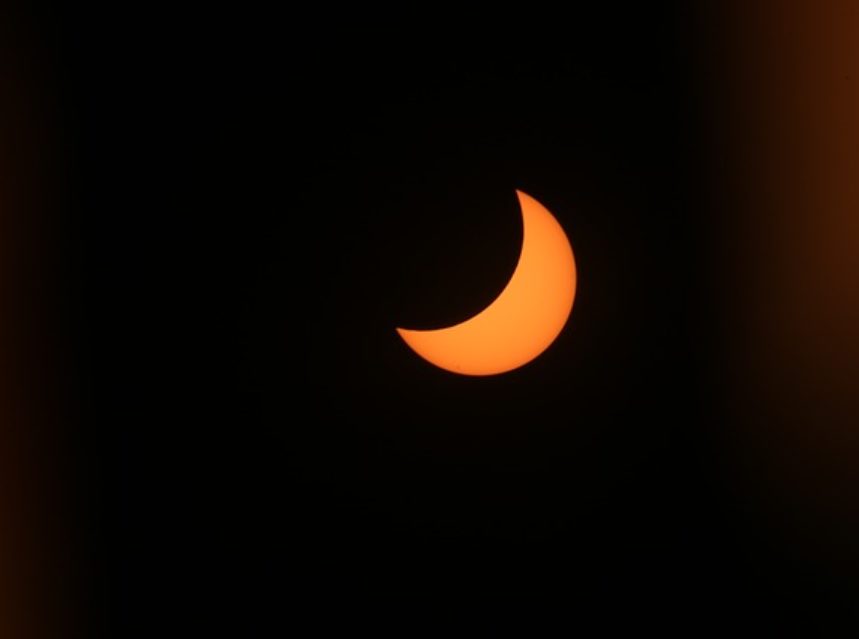 Today’s total solar eclipse wasn’t the only thing attracting the attention of millions of people. While many gazed at the sky as the moon passed in front of the sun, others watched as hundreds of tiny crescent-shaped shadows danced on the ground.

According to KMOV, the crescent shadows can be seen under the shadow of a tree or through any object with small pinholes. “As light is cast through the leaves, hundreds of little moon-shaped shadows will appear on the ground.” The resulting shadows are almost as breathtaking as the rare celestial event itself.

The crescent-shaped shadows aren’t the only impressive spectacle during the solar eclipse. Shadow bands can also be seen moving along a surface before and after the astronomical phenomenon. Also called shadow snakes, these delicate lines undulate “like ripples of sunshine at the bottom of a swimming pool,” NASA says. The appearance of shadow bands is generally unpredictable and varies in each unique solar eclipse.

See some of the photos of the solar eclipse’s crescent shadows below:

This is what shadows look like during a partial eclipse. These are the shadows of individual leaves from a nearby tree last #SolarEclipse pic.twitter.com/iLS6UhdpZd

The partial solar eclipse is casting crescent shadows here @MountVernon! Where are you watching the #SolarEclipse2017? pic.twitter.com/MNhggvtNgS

Our deck chair and trees seem to be acting as 1000s of pinhole cameras for the eclipse – shadows amazing #EclipseDay pic.twitter.com/SnIRzAoBct

Here’s the current state of the eclipse in Oregon, as seen in the sun’s shadow cast through a colander. pic.twitter.com/j1UZ6KS78Z

Can’t take a photo of the eclipse, but here’s a picture of the shadows. (Leaves create pinholes that project #eclipse on ground) #mteclipse pic.twitter.com/nnDiIKSPaQ

Did you capture any little crescent shadows today? Were you watching the solar eclipse? Sound off in the comments section below!