BOSTON — A decision to drop charges against left-wing protesters arrested at Saturday’s Straight Pride Parade has turned into a courtroom fight, pitting a newly elected district attorney who ran on reform-minded platform against a city judge.

In an unusual move, Municipal Court Judge Richard Sinnott this week refused to follow Suffolk County DA Rachael Rollins’ request to dismiss charges against many of the 36 counter protesters arrested for disorderly conduct during the parade and rally.

Rollins responded Wednesday by filing an emergency petition to the Massachusetts Supreme Judicial Court, asking a justice from the state’s highest court order Sinnott to accept the dismissals. She accused him of overstepping his authority by acting as the prosecutor himself.

“The actions of Judge Richard Sinnott are unprecedented and outrageous,” Rollins said. “His insistence on arraigning individuals when my office has used its discretion to decline a case is an unconstitutional abuse of his power and serves neither the interests of justice nor public safety. The power to pursue prosecution falls exclusively on the executive branch, not the judiciary.” 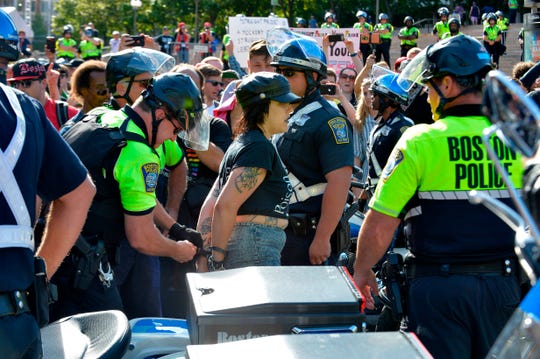 The controversial Straight Pride Parade, organized by three conservative straight men, attracted between 200 and 300 marchers but many more counter protesters, including people who identify with the anti-fascist group antifa.

They shouted “Nazi scum!” at the marchers, jeered and heckled them throughout the mile-long parade, and confronted the extraordinary number of police who worked to separate the two sides. Most of the arrests happened after the rally as police tried to disperse the crowd of counter protesters to reopen streets. 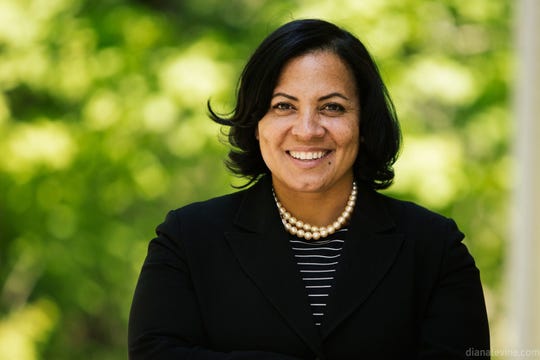 During a wild day in court Tuesday, the judge agreed to drop charges against only two of 16 counter protesters who appeared before him, denying the prosecution’s requests one after another. He decided to drop seven more on Wednesday, at the request of prosecutors, and delay the arraignments of an additional five, the Boston Globe reported.

But it turned contentious, the Globe reported, when Sinnott ordered the removal of a prominent immigration attorney, Susan Church, who was arguing on the behalf of one of the arrested counter protesters. He said Church interrupted him. She was placed in handcuffs and taken into custody, but was released three hours later without being charged.

“She was handcuffed and sat in a cell for hours,” Rollins said in a statement. “Simply for doing her job.”

Attorney Susan Church is welcomed outside the courtroom to applause. She says she was unlawfully and unjustly taken in handcuffs and held in contempt by Judge Richard Sinnott while she was arguing on behalf of a #StraightPrideParade protester. Hours later, she was released. #WBZpic.twitter.com/NiwLZZDWrE

Prosecutors have sought the dismissal of cases that involved nonviolent charges and defendants with no prior criminal records. In the cases involving alleged assaults of police, they say the government lacks the evidence to proceed.

Sinnott argued that Super Happy Fun America, the group that organized the parade, could be considered “victims” because their right to free speech was impeded by counter protesters using loud megaphones to shout over their rally. He’s accused prosecutors of not complying with the Victims Rights Act by failing to notify them of his decision to drop charges. 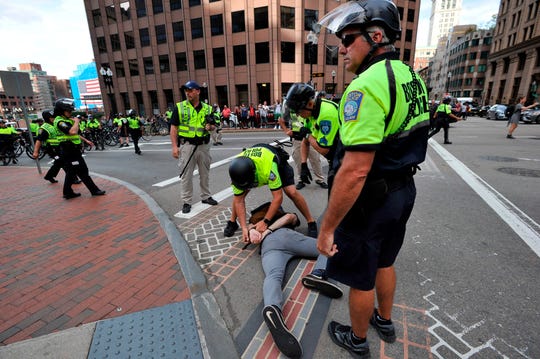 The Globe also reported Sinnott said the police themselves are potential victims and questioned whether prosecutors reach out to them.

Church replied, “but that’s really not the issue,” the newspaper reported. “The issue is that your honor does not have the authority” to prevent the district attorney from dropping charges. “The case law is abundantly clear.”

Rollins filed the emergency petition on behalf of one defendant, Roderick Webber, whose disorderly conduct charges the judge has rejected. Sinnott set his bail at $750.

inappropriate for prosecution, but the defendant will now suffer from a criminal record created as a result of the judge’s unconstitutional decision to step out from behind the bench and step into the shoes of the prosecutor,” the petition said.

Rollins, a former federal prosecutor and the first African-American elected district attorney in Massachusetts, won the Democratic Primary for the office last year with more than 40% of the vote in a five-person field. She easily beat an independent candidate and took office in January.

Rollins campaigned on a pledge to stop prioritizing low-level drug offenses and repeal mandatory minimum sentences for all drug offenses. But she has faced scrutiny for carrying out that commitment from critics, who applaud Sinnott for taking a stand against her.

Sinnott, a longtime Boston civil and criminal law attorney and Iraq War veteran, was appointed to the bench by Republican Gov. Charlie Baker in 2017.

At the time of his appointment, Baker said Sinnott’s “diverse legal experience and his commitment to human rights laws will make him a welcome addition to the Trial Court system.”