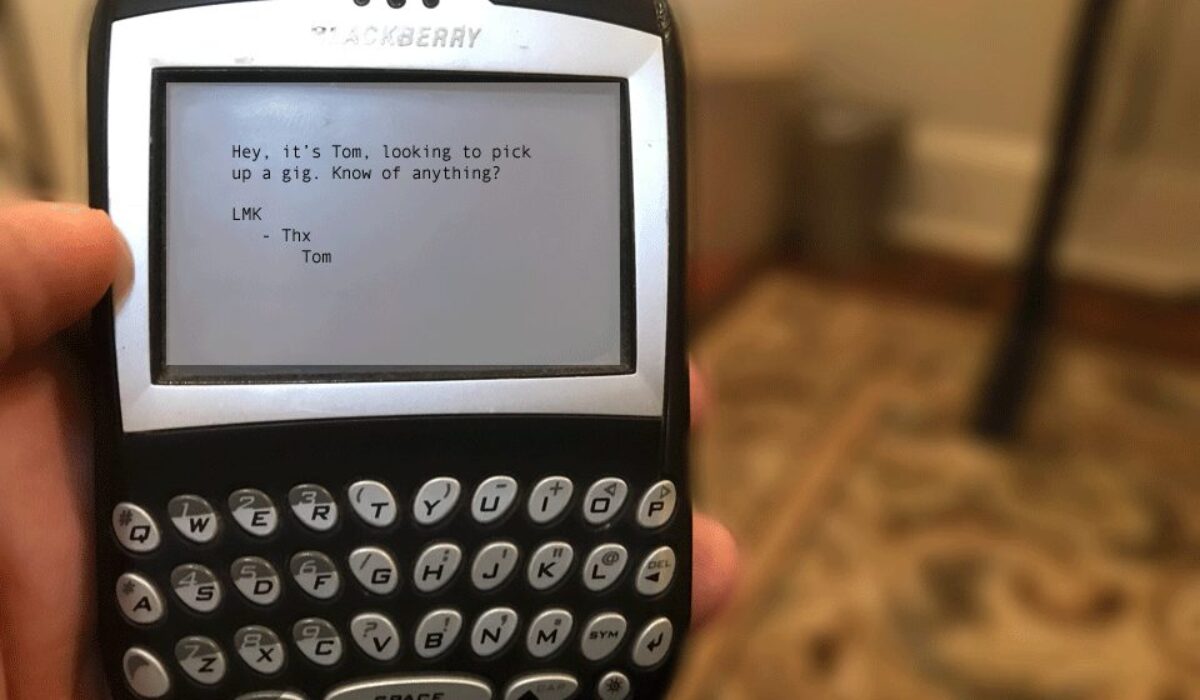 Have you ever woken up one day with zero sales prospects in your sales funnel? I have. It was a pretty horrific day. Thankfully, I was able to fix the problem in under 48 hours because I focused on connecting vs converting. Today, let’s talk about what you can learn from my experience.

A Day With No Sales Prospects

On August 29th, 2005, Hurricane Katrina battered the Gulf Coast and flooded my adopted home town of New Orleans. The city was devastated and ultimately closed for 30 days. That’s right… it was, to the best of my knowledge, the only time in modern history when a US city closed its borders and forced all residents to leave.

At the time, my wife and I owned a small ad agency that did work with New Orleans based companies that sold primarily to New Orleans residents and/or tourists to New Orleans. And on August 30th, 2005, every one of those clients effectively fired us. There was no reason to advertise, thus no reason to have an ad agency.

We had no clients. Which meant we also had no income… and because we were partners, that meant no household income.

To make matters worse, our sales prospecting database was full of companies that looked just like our current clients. So that meant we also didn’t have any sales prospects.

The Value of Social Agents in Sales Prospecting

While my sales prospecting database was next to worthless for me, it contained a little sliver of sales prospecting gold — my Social Agents. These were folks that probably would never buy from me and in many cases couldn’t buy from me because they too worked in advertising, but they could tell everyone they knew to buy from me – the hidden secret of all great social selling programs.

Social Agents are the folks you meet at cocktail parties, PTA meetings, networking events and industry conferences, as well as your friends and family.

But as true salespeople we can get stuck in a Glengarry Glen Ross Always Be Selling (ABS) kind of mindset. We meet these folks and upon sensing they’re not a qualified sales prospect, we conveniently excuse ourselves to get a drink refilled or visit the bathroom.

So there I was on August 30th, 2005, with not a single sales prospect or Client, but I had a lot of Social Agents located in the Dallas advertising community (that’s where I worked after college and where I’d evacuated to before the storm hit). So, I start prospecting for a project the only way I could — by reaching out to those Dallas based Social Agents.

READ ALSO  On Page SEO - Everything You Need to Know

I start texting everyone, since that was the most convenient way for me to reach out and for them to reach back.

In less than 48 hours, I get a text back from my former boss… not only does she know of a great short-term gig that I’d be perfect for… but it was working at my old agency, for her (my old boss) and on my old account (American Airlines)!

Can you say slam dunk?

Webcast, January 24th: Cold Email That Converts: Why Message-Persona Fit is the Key to Success

We talked via phone, she tells me what she’s looking for, the projected duration of the project and says that I just need to come in an interview with the new Account Director. But she points out that all my old bosses (more Social Agents) have already told him he’d be crazy not to give me the project, so I shouldn’t be worried about the interview.

She tries to set something up for that afternoon but I politely decline noting that I need to go buy an interview outfit, since I evac’d from New Orleans with only a couple of pairs of shorts, t-shirts and running shoes 😉

The next day, I interview with the new Account Director as well as stopping by to say hi to all my old colleagues. Before I can make it back to the hotel, my old boss texts me that the project is mine. I can start Monday and at a rate that will make up for all of the lost client revenue due to the storm.

Why You Shouldn’t Always Be Selling

If you’re always selling, it’s all about you. And honestly, folks really don’t care that much about you… UNLESS you’ve invested in them first.

Look, the honest truth is that we live in a world where everyone thinks they work for Alec Baldwin (another gratuitous Glengarry Glen Ross reference) and should always be selling or trying to close a deal. It’s all about them and how great they are and why they matter. It’s a me, me, me kind of world.

And folks are just plain tired of it. It doesn’t stand out anymore.

You know what stands out?

We live in an attention starved society and absolutely nothing stands out more than honest, focused attention being paid to you by someone else. It’s seductive even. And if you’ll spend your days being interested in others and really trying to connect with them on a personal level, building a relationship vs just trying to close an opportunity, you’ll close a lot more deals. And knowing how to build those relationships is really the heart and soul of any effective social selling program.

The simplest way to be interested is to take notes. Pay attention to what’s going on in your sales prospects’ lives. Social media is an excellent tool for this, especially if you can get the prospect to connect with you in a platform like Facebook, where folks tend to share their private lives.

And when you do get a chance to talk to them directly via phone, at a conference or email, pay attention and then afterwards, jot down the important things you’ve learned so that you’ll remember at scale.

Call people on their birthdays. Seriously… no one does that. Sure folks will blow up their Facebook page with birthday wishes because Zuch makes it so easy for them to do it. They might even get a few emails and texts, but outside of their family, almost no one will call them. So, be the one that does and use it as a chance to check in, see how they’re doing and genuinely reconnect once a year.

Send helpful information, articles and such. Every day you should be reading information and if you’re paying attention, that information should be helpful to at least one of your sales prospects. So send it along. Group your prospects in your CRM using tags so that if you find a great tourism marketing article you can quickly send it to all of your tourism marketing sales prospects. If you’re using some kind of CRM, I currently use Nimble as mine, you can type up a quick group email message and then each person in the group will get a personal email with the article or link without seeing a big CC list of others.

The bottom line here is that in sales,

So make it personal and grow your sales as a result.

Tom is 20+ year veteran of the marketing and advertising industry with a penchant for stiff drinks, good debates and digital gadgets that helps digitally challenged companies create innovative and effective digital marketing strategies. He is the founder of Converse Digital , author of The Invisible Sale and a contributing writer for … View full profile ›