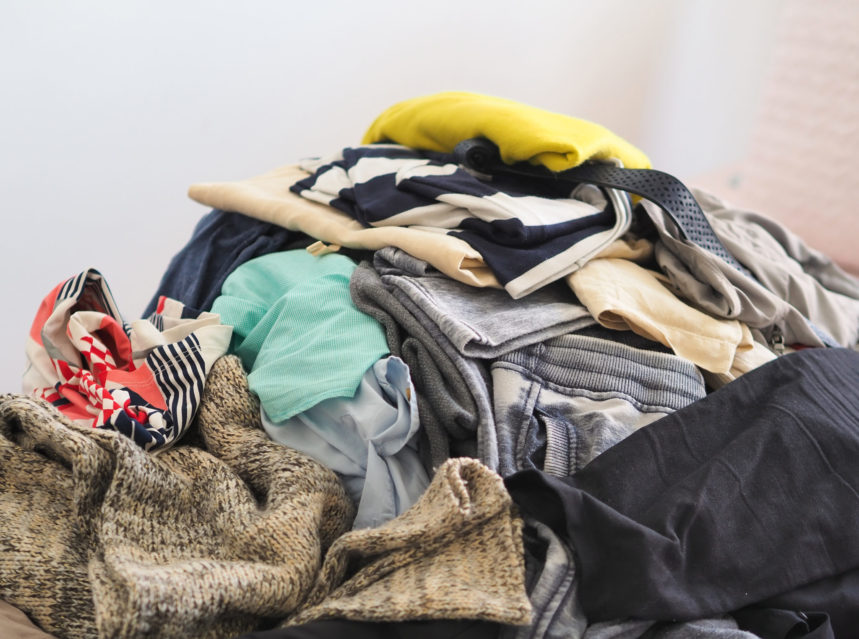 Using behavioural research and insights to
reduce the amount of unrequested goods sent during times of humanitarian crises.

This is a story about an unexpected truth, one that does not make
intuitive sense for many good willed people. Here is the truth; most
unrequested goods sent to humanitarian disaster zones end up in landfill, they
actually do more harm than good. These goods are sent by kind, well intentioned
people who are only trying to help, however there is an alarming gap between
what they think their goods will achieve and what actually
happens to the goods they send.

Recent examples of humanitarian disasters in the Pacific region include
Tropical Cyclone Pam in 2015 and Winston in 2016. These Tropical Cyclones
caused mass devastation to the local environment and communities. Media
coverage of these disaster zones prompted good willed people to send
unrequested goods to the humanitarian disaster zones; items such as old
t-shirts, jumpers, shoes and toys. Despite being sent with good intention,
these unrequested goods cause significant problems; they block supply chains, they
create more work for the resources on the ground and also cost the local economy
millions of dollars in sending them to landfill.

For example, 10 months after Tropical Cyclone Pam hit Vanuatu in 2015,
the Australian Red Cross reported that there were still 18 shipping containers
full of unrequested goods left on the wharf in Port Vila. These containers had
reportedly accumulated approximately USD$1.5million dollars in storage,
handling and container rental fees – costs borne by the Government of Vanuatu.

The concept of sending unrequested goods may be an unfamiliar thought to
many, however our research revealed that 12.1% of Australians over 16 years-of-age
say they would be very likely or extremely likely to send goods if a
Pacific Island Country (i.e. Fiji, Vanuatu) had a humanitarian disaster. This
is equivalent to more than three million Australians and represents major
financial and logistical issues for future humanitarian crisis zones.

Our clients, the Australian Council for International Development
(ACFID) and the Australian Department of Foreign Affairs and Trade (DFAT) were
looking to surface insight on how to better understand and influence this
long-standing behavioural problem. Prior to our research, very little was known
about the behaviour of unrequested goods donors. It was easily assumed that
donors have good intentions and simply want to help those in need, however,
there was no research to understand why they continue to send goods when they
receive no feedback about the receipt of their goods or that they have had any
positive impact. The brief for the
research and strategy project identified a clear behavioural challenge; how can we reduce the amount of unrequested
goods sent to humanitarian disaster zones?

There was no research to understand why they continue to send goods when they receive no feedback about the receipt of their goods.

Insights from Behavioural Science were used to generate hypotheses about
donor behaviour. One of the key hypotheses was that donors were operating in a
System 1 mode of thinking, an automatic mode that triggered goods donation behaviour,
without stopping to consider the possibilities.

The behavioural research was conducted in various locations along the
Eastern seaboard of Australia. The sample included a variety of different donor
groups; holiday-makers, community groups, businesses, religious groups and
diaspora from the Pacific Islands – all of whom had donated goods to
humanitarian disaster zones in the past. The research was carried out in
context and over time, looking to explore and understand the external and
subconscious influences on donor behaviour.

This foundational piece of contextual research unlocked key insights
into how to solve the behavioural challenge.The hypothesis about a System
1 mode of thinking was not only proven, but the research provided further
insight. As it turned out, this System 1 mode of thinking was very prone to
errors. Donors were simply imagining the positive impact their goods would
have, despite the fact that there was no evidence for their visualisation, it
was a key source of motivation. Furthermore, we observed additional triggers
such as the social norm of the community, the public commitments made and the
seeking out of confirmatory evidence for their behaviour. All of these
behavioural triggers contributed to ‘locking-in’ their goods donation behaviour.

It was very clear that this System 1 mode of thinking needed to be
disrupted. We needed to find a way to encourage donors to stop and reconsider
their decision to donate unrequested goods. The existing global strategy was to
promote messaging that states, “cash is best”. The challenge with this
strategy is that it does not disrupt donors’ existing beliefs about the
positive impacts of donating goods. If donors inherently believe sending goods
is a better way to help those in need, simply telling them that ‘cash is best’,
will not be enough to change their behaviour.

Using principles from Behavioural Economics we developed four nudge ideas to be used in communications. Each of the nudge ideas was designed to test a different behavioural hypothesis;

In February 2018, the four BE inspired nudge messages were taken into
quantitative testing with over 1000 Australians who had either donated goods previously
or were highly likely to do so in the future.
Of the four messages, the one that stated the fact that “most
unrequested goods end up in landfill”, was significantly more disruptive, and
subsequently, more behaviourally effective than the others.  The
‘Landfill’ communication reduced the likelihood that a participant would send goods
by 50.1%. The ‘cash only’ message, which is currently used globally, achieved
only a 23.4% reduction in likelihood to donate goods. The landfill message was more than twice as effective as the
communications that are currently being used globally.

Given the significant difference in effectiveness of the nudge ideas we conducted further analysis to understand why the landfill message was so effective. The word ‘landfill’ and image featured in the concept provided a quick System 1 shortcut, or heuristic for ‘waste’.  There is cognitive ease associated with the message, a mental picture of landfill is very easily brought to mind and can only be a negative association. It is a definitive ‘full stop’ to the journey of a donated good, and therefore, there is no ambiguity or possible rationale that could still provide justification for sending goods.

In contrast, the messages about delays, clogging and cash are more ambiguous and invite System 2 thinking and evaluation. With all three of these messages, likely donors found ways to justify why a delay might be a good thing, how clogging could be avoided or why cash is incorrectly anchored to the misappropriated spending of NGOs.

In concluding this
project, there was an important distinction that needed to be made clear; reducing
the amount of unrequested goods sent does not automatically result in increased
cash donations. The two behaviours; sending goods and donating cash, are not
opposite sides of a coin – reducing one does not automatically result in
increasing the other. In fact, the quantitative
research showed that despite the ‘landfill’ message reducing intention to send
goods to single digits, there was still 40% of people who stated that they
would not give cash. There is a need for further research into the behaviour of
donating cash to fully understand how to maximise cash donations.

There is a need for further research into the behaviour of donating cash to fully understand how to maximise cash donations.

This foundational piece of behavioural research into understanding the
motivations and rewards of unrequested goods donors was the first of its’ kind.
It has surfaced genuinely new behavioural insight as well as guided the
development of highly disruptive and behaviourally effective nudge ideas that
have been shown to reduce the likelihood of sending unrequested goods at twice
the rate of current communications. This contextual research, together with
insights from Behavioural Economics, have produced a behavioural strategy and
nudge idea that is currently being distributed amongst ACFID’s NGO members. These
insights will also be developed into communication tools that can be shared the
world over, helping to reduce the negative impact caused by unrequested goods that
are sent to humanitarian disaster zones.

This article by Melissa Gil is based on the paper that won the ESOMAR Best Paper Award at ESOMAR’s APAC 2019 conference.