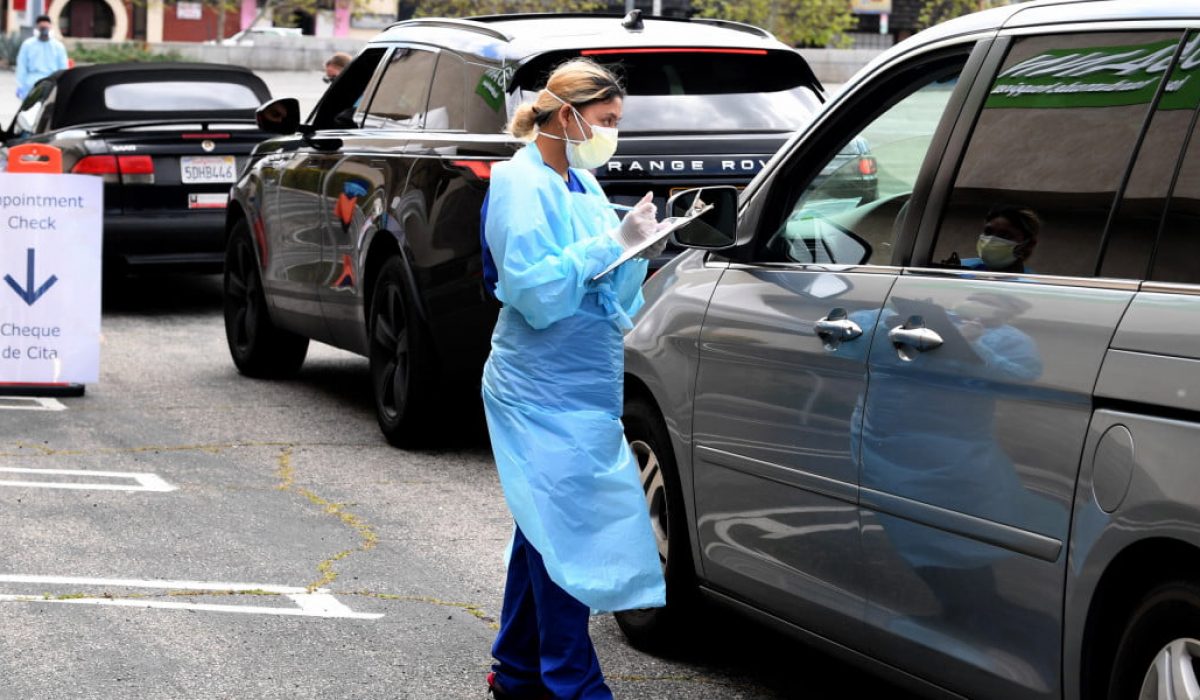 There is widespread agreement that the only way to safely reopen the economy is through a massive increase in testing. The US needs to test millions of people per day to effectively track and then contain the covid-19 pandemic.

This is a tall order. The country tested only around 210,000 people per day last week, and the pace is not increasing fast enough to get to millions quickly.

The urgency to do better is overwhelmingly bipartisan, with the most recent legislation adding $25 billion for testing a few days ago. Fears are growing, however, that testing might not scale in time to make a difference. As Senators Lamar Alexander and Roy Blunt wrote last week, “We have been talking with experts across the government and the private sector to find anyone who believes that current technology can produce the tens of millions of tests necessary to put this virus behind us. Unfortunately, we have yet to find anyone to do so.”

We believe that it can be done. The scientific community has the technological capabilities today to test everyone who needs it and enable people to come back to work safely.

To be clear—the senators are right that simply scaling up current practices for covid testing is insufficient. However, with a bit of innovation, the US can meet the need without inventing entirely new technologies. The necessary scale can be achieved by deploying the fruits of the last decade of innovation in biology, including the dizzying advances in DNA sequencing, genetic engineering, industrial automation, and advanced computation.

We speak from experience. We have worked with and helped engender many of these technologies across academia and industry. Scaling them for widespread testing will require investment, infrastructure, and determination, but nothing technologically or logistically infeasible.

Tests for mass screening may have different requirements and characteristics from the tests run in clinical labs today that are approved by the Food and Drug Administration. So what might a solution look like?

It must be scalable, meaning tens or hundreds of thousands of tests per day per facility, or at-home tests. It must be sensitive to early stages of infection, detecting the actual virus rather than immunity to it. And it must be less bound by health insurance and regulatory constraints, to allow fast and broad testing, contact tracing, and isolation. These differences do not mean lower standards. In fact, screening at this scale will require stringent requirements for safety, accuracy, and reliability.

The life sciences community is rising to the challenge. We are repurposing our labs to advance new centralized and at-home methods that solve the bottlenecks preventing testing from reaching global scale. This community is moving fast, with shared purpose and a commitment to open collaboration. As a result of these efforts, several promising avenues are emerging.

Some rely on DNA sequencing tools that have improved a million-fold since the completion of the Human Genome Project nearly 20 years ago. Not only can these tools now read trillions of base pairs of human DNA every day, but they can be readily repurposed to test for the presence of coronavirus at mass scale, using instruments that already exist across the country. Some methods, such as SHERLOCK and DETECTR, harness CRISPR DNA and RNA recognition tools to enable rapid, distributed testing in doctor’s offices and at other sites. Other efforts are removing critical bottlenecks, such as sample purification, to make the existing approaches more scalable.

There are additional possibilities, and the US needs to place bets on several of them at the same time. Some of those bets might fail, but the severity of the moment requires that we try. Chances are, we will need more than one of them.

As important as the diagnostic technology itself is the need to fuel innovation at all stages of the testing process, including sample collection, regulation, logistics, manufacturing, distribution, scale-up, data infrastructure, and billing. These are solvable problems. The solutions may sometimes differ from current clinical testing conventions, but these are not conventional times.

Maybe cotton swabs or saliva can be used for collection rather than traditional nasopharyngeal swabs, which are in critically short supply. Maybe mass screening tests don’t have to have the tested person’s name and date on every collection tube but could instead include a bar code that you snap a picture of with your phone. Maybe these tests can be self-administered at home or work rather than conducted by trained professionals in clinical settings. Maybe samples from low-risk, asymptomatic people can be pooled together for initial testing and further screened only in the event of a positive result. This would allow many more samples to be analyzed at once.

State or federal regulatory agencies could make these adjustments to conventional practices more easily if they were willing to treat mass screening for bringing people back to work differently from the testing used in clinical settings. In addition, mass screening efforts will require unconventional partnerships with private companies, nonprofits, universities, and government agencies to support the logistics, collection, manufacturing, scale-up, and data infrastructure to make such a system possible. All this can be done, and some of it is already starting to be done—but we must not lose hope.

The United States’ capabilities in the life sciences and information technology are unmatched in the world. The time is now to rapidly build a massively scaled screening program that will save lives while allowing us to reopen our economy and keep it open. This can be done, but it will require urgency and determination to make multiple, simultaneous bets on infrastructure, regulation, and technology, as well as collaboration to put it all together.

We have united before to face far greater challenges as a nation, and we can do so again.

Sri Kosuri is cofounder and CEO of Octant and an associate professor in the Department of Chemistry and Biochemistry at UCLA. Feng Zhang is the James and Patricia Poitras Professor of Neuroscience at MIT’s McGovern Institute, a core member of the Broad Institute, a Howard Hughes Medical Institute Investigator, and cofounder of Sherlock Biosciences. Jason Kelly is cofounder and CEO of Ginkgo Bioworks. Jay Shendure is a Howard Hughes Medical Institute Investigator at the University of Washington School of Medicine and scientific director of the Brotman Baty Institute.