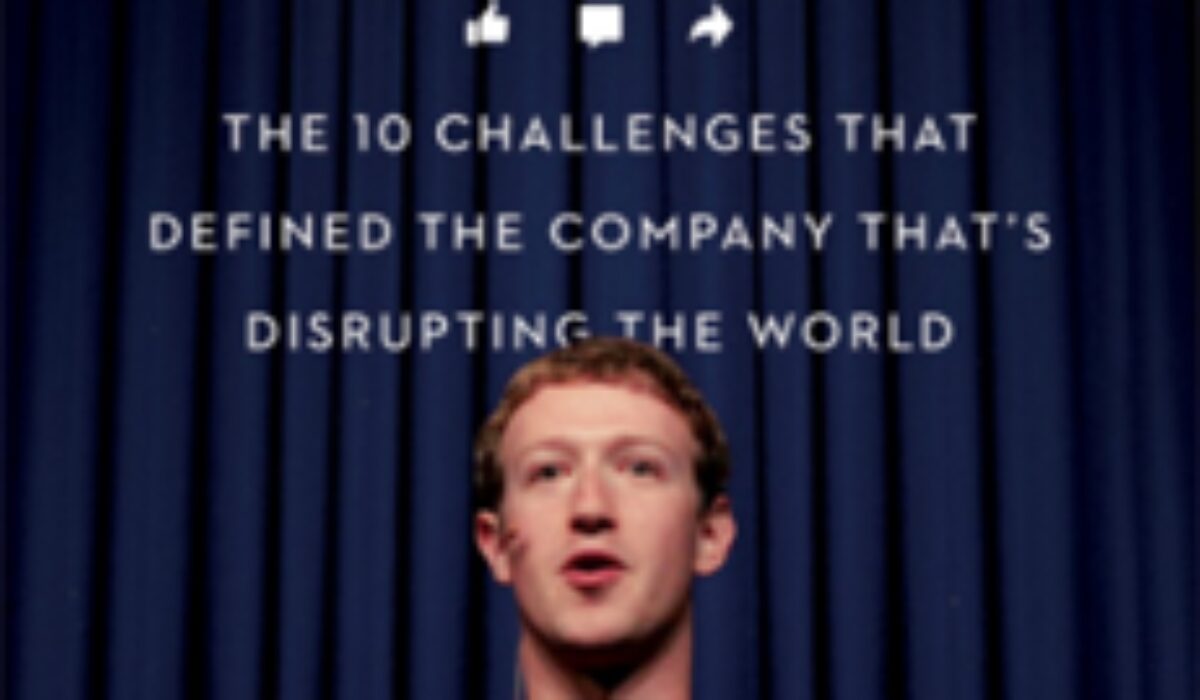 
If you have ever wondered about Facebook behind the headlines, Becoming Facebook: The 10 Challenges That Defined the Company That’s Disrupting the World” might be for you. This book, written by the company’s former head of global marketing, showcases the growing pains and struggles of Facebook, an idea created by a group of college students that became a world-disrupting, and technologically-enhanced global superpower making billions of dollars helping people share themselves with the world. What business lessons can you learn from the billion dollar, world disrupting empire known as Facebook? That is the focus of Becoming Facebook: The 10 Challenges That Defined the Company That’s Disrupting the World. In Becoming Facebook, Mike Hoefflinger offers some hint at the answers. Hoefflinger worked for seven years with Facebook as the Head of Global Business Marketing. His book shares the behind-the-scenes (and rather public) struggles of Facebook as it evolved from a college student’s idea into a billion dollar social media empire bent on changing the world as we know it.

Most of us know the origin story of Facebook. A Harvard student and programming prodigy, Mark Zuckerberg, created a social networking site for his fellow students at thefacebook.com. The site would have more than 1,000 students in one day and half of the undergraduate population in a month. The site grew like wildfire beyond its humble beginnings to other schools and high schools. In 2006, it was opened to the general public and Mark Zuckerberg never looked back. The little idea he started with some roommates would become a billion dollar empire with its public IPO announcement in 2012.

Not bad for a business that launched as the idea of a group of college students in 2004.

Becoming Facebook tells the same story from an insider’s perspective. The book follows Facebook’s growing pain as it transitioned from a cool site for university students into a billion-dollar business empire. In the beginning, Facebook faced many of the same issues as every other business does when starting out. These included:

Becoming Facebook shares how Facebook navigated (and in some cases failed) in meeting these challenges, but always persisted on in its world disrupting mission of making the world more connected and open. By adopting and staying focused on such a bold mission, the book insists, Facebook has been able to achieve technological marvels like sharing, collecting and categorizing over a billion posts per day. This world changing mission, however, doesn’t exempt Facebook from possible disruption. Just like any other business, it must continue to adapt and thrive. This combination of world changing mission and innovative tenacity is the secret sauce other businesses can take from Facebook’s story to apply to their own operations.

Mike Hoefflinger has over 25 years of experience in Silicon Valley as a builder and marketer. His Silicon Valley career began with Intel as a design engineer. Hoefflinger worked himself up the latter, eventually becoming Intel’s General Manager of Worldwide Partner Marketing. He continued his career at Facebook for seven years as the Director of Global Business Marketing. Currently, he serves as the Entrepreneur-in-Residence at XSeed Capital, a speaker, and advisor to startups and entrepreneurs entering the tech market.

Becoming Facebook provides a thoroughly intriguing look at Facebook behind the headlines. This is the Facebook most never see, but as some may envision it to be. Hoefflinger shares how Facebook dealt with several crises in its path to becoming a global powerhouse. These included advertising difficulties, user experience problems, competition with Google, lawsuits, and naysayers who believed a company using Facebook’s business model couldn’t make it. The book shares more than the story, however. It shares what was happening behind the scenes too. Readers learn what Facebook staffers were trying to do, what pressures they faced, and how the company learned from its victories and flops.

READ ALSO  5 Reasons Why You Should Hire an SEO Agency

While Becoming Facebook is an incredible look into the inner workings and technical side of the company, the applications from the story could use a little more work. The book doesn’t provide enough detail about how businesses, especially small businesses, can benefit from the incredible story they have just read about. Though it shares some thought provoking questions and attempts to draw out insights for application, more detail is needed. For example, if a small publisher wants to balance quality with quantity in advertising, how can that publisher do so without being Facebook?

The majority of small business owners are invested in Facebook, either because they have a personal or business account — or both. Even if you have no plans for an account, you can’t fail to be impressed with its awe inspiring origin story or the technological innovations of a company like Facebook. Becoming Facebook offers a peek into the mindset behind it all: the bold mission, the unchartered territory, the public flops, and the global collection of people who work every day to allow other people to share themselves with the world. It is a powerful story, especially if you are a tech geek. If you ever wanted to see how Facebook operates and how its leaders think, so you can apply some of that mindset to your workplace, this book might be for you.