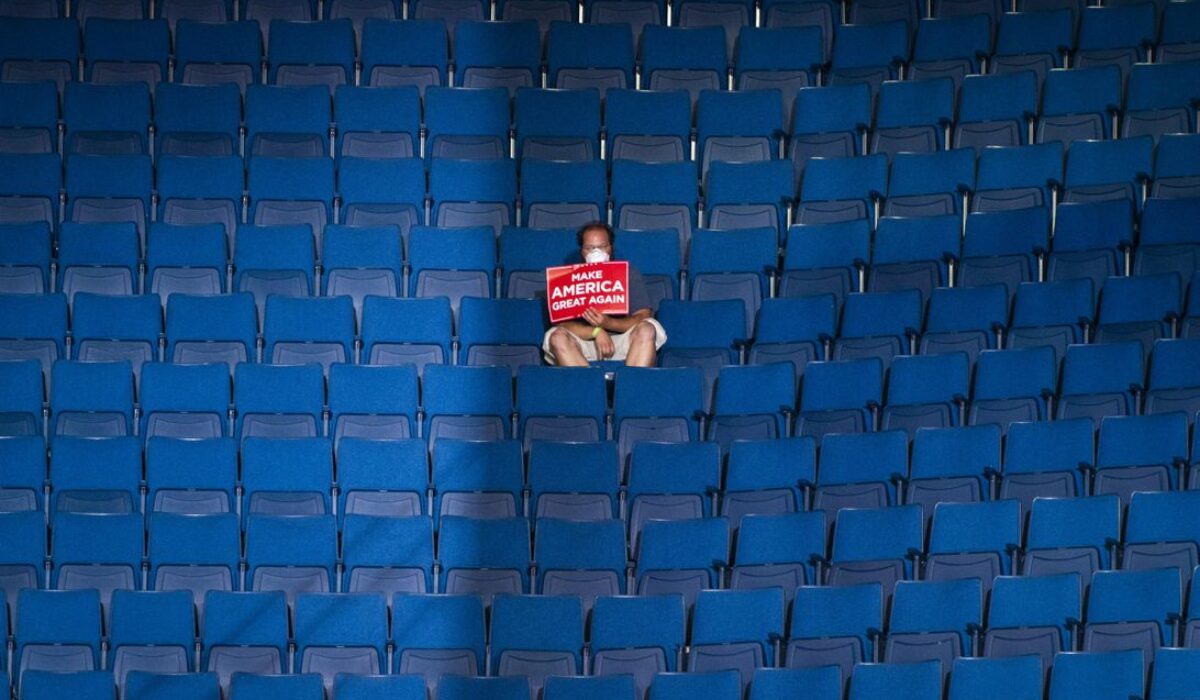 President Donald Trump’s rally in Tulsa, Oklahoma, on Saturday didn’t produce the huge crowds he’d promised, and TikTok users and K-Pop fans say they helped reduce attendance by reserving thousands  of tickets online with the intention of not attending.

Trump’s re-election campaign had received more than 1 million requests for tickets to the rally, according to a tweet Monday by campaign Chairman Brad Parscale, but reporters on the scene of Saturday’s rally noted attendance was below expectations at the 19,000-seat BOK Center.

After Trump’s official twitter account invited supporters to request tickets to the event on June 11, K-Pop fan accounts encouraged their followers to register for the event and then not attend. TikTok videos with millions of views encouraged viewers to do the same, CNN reported on Tuesday.

Parscale tweeted that “radical protestors” had “interfered” with attendance, Twitter users declared the effort a political victory on Saturday.

“Actually you just got ROCKED by teens on TikTok,” Rep. Alexandria Ocasio-Cortez, a Democrat from New York, tweeted in response to Parscale’s tweet.

Steve Schmidt, a Republican political strategist, added:  ‘My 16 year old daughter and her friends in Park City Utah have hundreds of tickets. You have been rolled by America’s teens.

TikTok is a social media app where users, mostly teens and young adults, post videos of up to 15 seconds long, often synced with music. The app is owned by Chinese firm ByteDance, currently the most valuable startup in the world.

The app has surged in popularity in the first quarter of the year, logging more than 2 billion times from the Apple App Store and Google Play store, analytics firm Sensor Tower reported in April.

TikTok and the Trump campaign didn’t immediately respond to requests for comment.

READ ALSO  The future of advertising could be staring you in the face
Fans, KPop, Rally, sabotaged, TikTok, Trump, Users