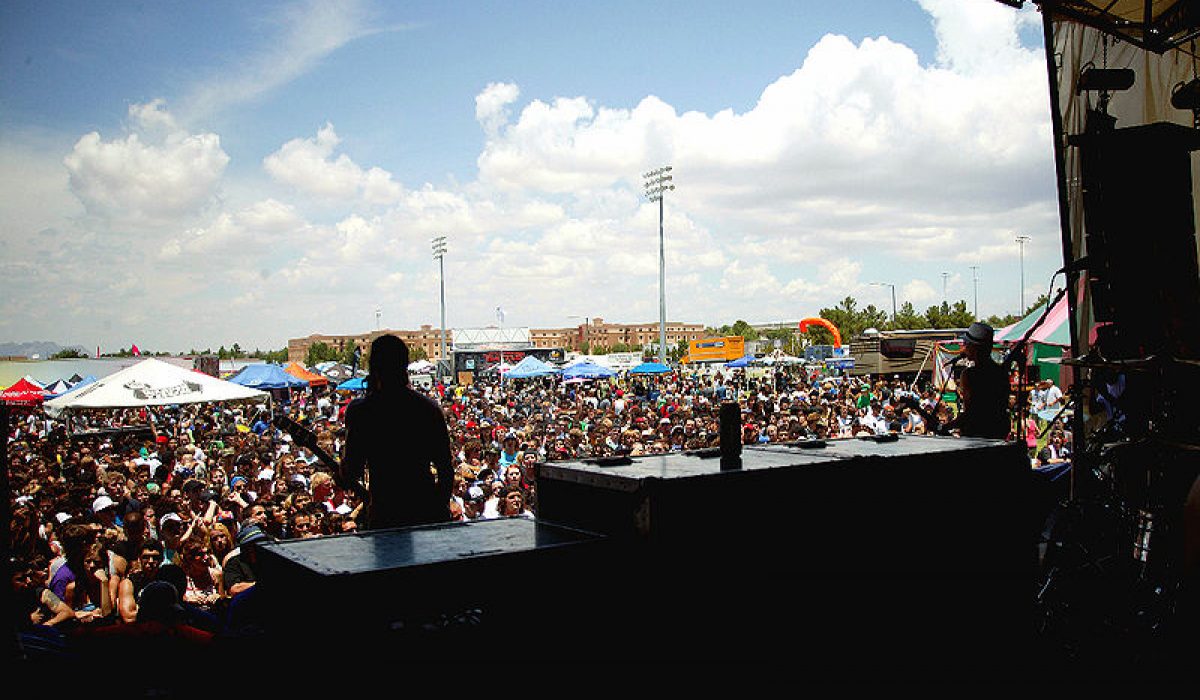 Vans Warped Tour is hitting the road one last time next year. The traveling music festival announced Wednesday that the final cross-country run of the summer tour will be taking place in 2018—one year before its historic 25th anniversary.

In the official announcement, Warped Tour founder Kevin Lyman wrote, “Today, with many mixed feelings, I am here to announce that next year will be the final, full cross-country run of the Vans Warped Tour. I sit here reflecting on the tour’s incredible history, what the final run means for our community, and look forward to what’s to come as we commemorate the tour’s historic 25th anniversary in 2019.” He also looked back on some of the first bands to play the tour, including Sublime and No Doubt, and others throughout the years; Less Than Jake, Paramore, Fall Out Boy, Blink-182 and many more.

In an interview with Billboard, Lyman explained that multiple factors contributed to the full tour ending, including “an evolving summer festival industry, a shrinking pool of bands, and declining ticket sales amongst its teenage demographic.” Next year’s tour will kick off in Pomona, California on June 21 and conclude August 5 in West Palm Beach, Florida. “It will be bittersweet each morning when I see the sun rise and then watch it set knowing that this will be the last time I get to witness it from that exact spot,” Lyman wrote.

While Warped Tour will no longer be traveling across the country after 2018, Lyman did preview a special celebration in 2019 for its 25th anniversary. No additional details, including the line-up, were provided.

Many people took to social media to share their best memories of the festival and what it meant to them. See how Twitter users reacted to Warped Tour ending below:

The Warped Tour introduced me to the counter-culture, the music and the DIY dream that inspired me to create and perform. Without it, I probably would not be where I am today. Honored to have been a part of the legacy. Thanks @KevinLyman & everyone involved over the years. https://t.co/9FLmzzpJuY

warped tour was instrumental in shaping my love of music. it gave me something to look forward to each summer. it was an honor to enjoy the festival as a patron, and to play it as a musician. thank you for everything.

The Warped Tour was something we all grew up dreaming about. Even just attending would have been insane. Thank you for everything Kevin. We wouldn’t be where we are without you and everyone else behind the scenes. Some of the best days of our lives ✌️ https://t.co/bcKwZxu8oh

I’ve just been informed that 2018 will be Warped Tour’s last tour; no one speak to me for the rest of the year.

Warped Tour has been a huge part of TWLOHA’s story for the past 11 years. A thousand thank-yous to the @VansWarpedTour team for letting us be a part of theirs. It’s been one heck of a journey. https://t.co/VihBsHDFOX

Spent over 20 years backstage and on stage at the @VansWarpedTour.

Very sad to see this tour go. It was the connection for so many, sometimes in places that no other bands would visit, literally in the middle of nowhere.

So many miles and so many people, farewell Warped Tour… https://t.co/xYEU4bnTD2

Last year of @VansWarpedTour next year. The memories are absolutely endless. From going to attending every year as a fan since I was 14, to finally playing it this year with Sylar. Nostalgia is an understatement. Thank you for an amazing ride, Warped tour. pic.twitter.com/ck8SIxcBX6

Warped tour helped me discover some of the bands that shaped who I am as a musician. I am so sad to see it ending but am excited to celebrate what it stood for next summer. Thank you Kevin Lyman https://t.co/lvpjoK3n5f

One of the best summers of my life. https://t.co/PPl9ZzMLer

If this isn’t the best lineup ever assembled i’m suing all of you https://t.co/pti0SZs2Yy

can’t believe this… there will never be anything else like it https://t.co/6Q2o2npX5V

This summer we met the best friends and family ever because @KevinLyman gave us the opportunity of a lifetime. This news genuinely makes us do a big cry. Warped tour forever pls https://t.co/Jpilpe5x8c

My biggest goal growing up was photographing a full summer on warped tour. I’ll never forget that first time in 2013 and how I felt like I had accomplished something so meaningful to me.

So so so many emotions! My dream throughout high school was to work with @VansWarpedTour and boom, it was my first job after college. This tour defined and shaped so much of me for so long- showed me what music meant to people…and what it meant to me. https://t.co/xUg74uTQEb

How do you feel about Vans Warped Tour ending its full cross-country run next year? Will you be going to the festival in 2018? Sound off in the comments section below!