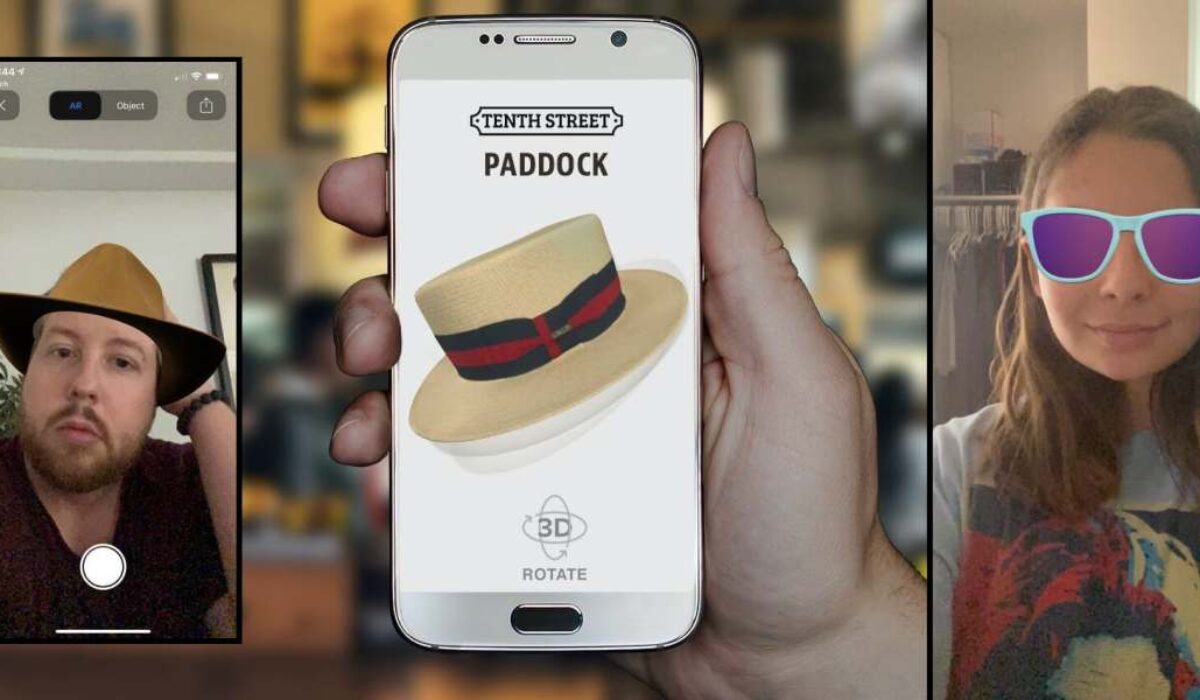 If brick and mortar retail stores weren’t already in enough trouble prior to the COVID-19 pandemic, they’re now facing widespread customer concerns about touching products — including hard-to-disinfect goods such as clothes — that were previously handled by strangers. Augmented reality tech developer Vertebrae announced today that it’s ready to help clothing retailers address this challenge with a new web-based try-on tool that brings shopping directly to users’ phones, notably without requiring an app download.

The latter element is key to Vertebrae’s appeal. While some fashion brands might be able to convince frequent customers to download standalone apps for AR clothing try-ons, requiring an app often stops casual shoppers from trying or buying clothes. Vertebrae’s tool also has two other advantages over prior alternatives: It’s fast, and it uses the depth-sensing front cameras on modern smartphones to accurately measure the user’s size. Consequently, sunglasses, hats, or jewelry can be composited on the user’s live visage at the original, proper scale, though the level of augmented realism will depend on both the fidelity of the digital objects, and need for depth-based occlusion.

“This is the perfect solution for shoppers who want to see and experience a product, but don’t necessarily feel comfortable going into a store to try them on,” Vertebrae CEO Vince Cacace told VentureBeat. “Because our solution is web-based, retailers can deploy these virtual try-on experiences in any digital channel, all through a single platform.” Cacace noted that stores can offer a customer multiple sizes of AR items to try on, enabling only the right-sized real item to be delivered.

Vertebrae is initially rolling out the technology with hat retailer Tenth Street Hats, which has a “virtual 3D try-on” section on its website. Using the feature is as easy as selecting a hat from the 3D section and pressing “try it on,” with Vertebrae’s technology compositing the hat on your head and moving it in 3D with your head motions. In our experience, the AR hat compositing wasn’t perfect, but good enough for its intended purpose; it ran faster and smoother on a 2019-vintage smartphone with a depth-sensing camera than on a 2020 laptop without one.

Another retailer, Goodr, will use Vertebrae’s AR solution to retail sunglasses, with an emphasis on accurately representing each digital object’s size relative to the real wearer’s head. The dimensions are particularly critical for solid consumer goods, reducing or eliminating the customer’s need to ship back pairs of glasses that are too small or too large for a given face, whereas soft clothes may have more give to accommodate different sizes. We tested several advance samples of Goodr’s retail pages with glasses that realistically tracked and occluded with a user’s face, but they looked more flat-shaded than photorealistic.

As Vertebrae’s client list already includes Adidas, Coach, Crate and Barrel, Microsoft, and Toyota, it’s likely that instant web-based AR try-ons will expand beyond the upper torso in the foreseeable future. The company previously developed tools to place digital objects such as luggage, furniture, and cars in real 3D spaces, as well as an ad insertion engine for VR and AR environments.