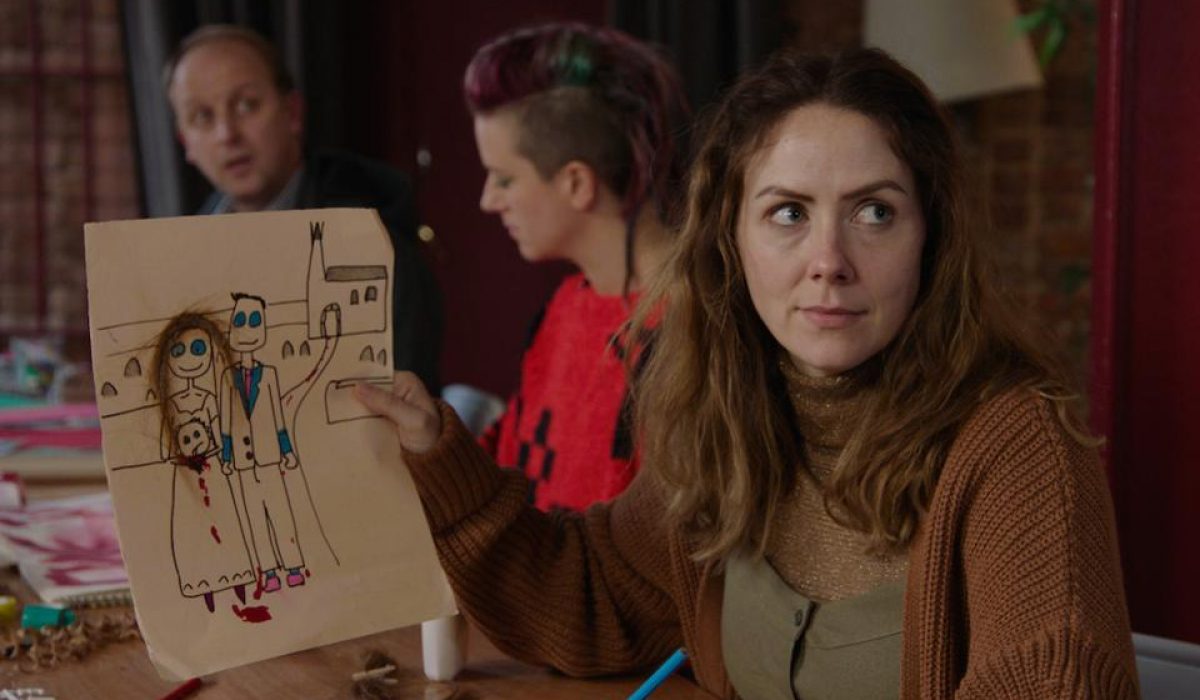 The year-old Viacom Digital Studios International will create a series of short- and mid-form digital video series for Facebook Watch, for distribution across Europe, Asia and the Western Hemisphere in various languages.

Under the deal, the Viacom Digital unit will create 75 episodes over the next year for Facebook Watch, the online-video service tucked in one part of the Facebook interface. Facebook Watch has been notable in its first couple of years mostly for unscripted/reality show programming such as Ball in the Family, about the basketball-playing clan.

Some of the Viacom programming will be meta-content, shows about shows similar to what AMC does with its hit The Walking Dead and the separate talk show about each week’s episode, The Talking Dead. Other programming is essentially getting a tryout, like minor league baseball players, to see if it can become popular enough to be elevated to the linear Viacom channels, or localized into other languages.

The international wing is not just taking material from the U.S.-based Viacom Digital unit headed by online video veteran Kelly Day that has production facilities in New York and Los Angeles.

The international unit has production studios in Buenos Aires, London, and is planning one in Asia, said Joanna Wells, the VP of digital content for Viacom’s Comedy Central and MTV International. Her shop runs MTV News online, localized into 10 different languages. Wells’ unit also creates much of the short-form digital content from the two channels internationally.

“This deal is really significant for us,” said Wells. “These are really mid-form 10-minute episodes. They’re filling a real interim gap (in programming offerings).”

Under the Facebook Watch deal, in the United Kingdom, Viacom Digital and MTV UK will create spin-off digital content around several of MTV UK’s linear series, including More Love and More Lies, featuring the winning couple from Season 1 of reality show True Love or True Lies?; Geordie More, featuring cast members and guests from another reality show, Geordie Shore; and JTOU: What Was I Inking?, featuring couples talking about the aftermath of new tattoos they received on Just Tattoo of Us.

The UK shows will be localized into French, Italian and German languages as well, said Wells.

Viacom Digital will produce two Portuguese-language series for Brazil, including: Useless Life-Hacks, a show satirizing the “fixes” offered online for many non-problems; and Na Quebrada, a game show hosted by comedian Thiago Ventura. Each series will consist of eight episodes of 4 to 8 minutes in length.

The first four of eight previously announced series targeting Asia will debut later this year, with the rest to come next year, including: 5 in 5, a studio-based show featuring celebrities doing things they always wanted to do; The Ride, spotlighting Asian celebrities talking about their lives and careers; Generation Change, mini-documentaries featuring change makers; and Positive Inking, featuring people talking about the significant life events that led them to get commemorative tattoos. Each series will consist of eight episodes of four to eight minutes each.

The programming isn’t always the simplest to pull together, Wells said. For instance, More Love and More Lies will include 12 shows produced over as many nights, to track the competition in the parent linear show. Wells said the content is all optimized for mobile first, and for young, digitally savvy audiences.

“We don’t see this as a linear production,” Wells said. “It’s digital at the heart of all of it. It’s not an add-on.”

Yam said the digital unit provides a way for Viacom to connect its brands to younger audiences in a variety of ways.

“I think what we bring to the table is a number of things,” Yam said. “As the cable-TV model matures, we become a really important vehicle for reaching younger people with our IP. What we’re doing is creating platform-specific programming. We’re not trying to move an audience back to linear TV.”

“It’s really great to have a specific home for this content within the overall strategy,” Yam said.

The company’s international brands have also seen views up 101 percent, and watch time up 134 percent the past 12 months, Yam said. The company’s internal metrics show that its digital products have attracted 5.9 billion views a month, and 10 billion minutes of viewing.

The new Facebook Watch shows fit into a broad range of existing digital productions, some 100 in the first year, for outlets such as Snapchat in various parts of the world. Yam said.

“It’s not a one-size fits all model,’ Yam said. “We’re looking for different things from different partnerships. Some we’re happy to continue on a digital level. We have a diversified business model with these different tiers of distribution. We’re bringing the creativity on a global basis, plugging into a lot of monetization structures.”

The company is “looking for content that can travel,” Yam said. It does 26 localized versions of lip-synching music competitions just for its global linear channels, for instance.

A smaller format involves two comedians trying to save world problems. The show “resonated pretty well,” Yam said, so for the second season, Viacom Digital created 10 localized versions featuring different comedians, taking on some similar topics, and then some that were specific to a given market. And then Viacom Digital took material from the shared topics to create another show called Global Comedians Solve World Problems.

The formats have proven attractive to brands too, Yam said.

‘Brands are looking for safe, trusted media companies with the ability to reach audiences at scale,” Yam said. “We’ve got a great pitch there because we’ve got the scale.”

Viacom CEO Bob Bakish, who is tabbed to run the combined company when the CBS merger is completed, built his reputation with controlling shareholder Shari Firestone while running Viacom’s international operations.

At last week’s Mobile World Congress – Americas, Bakish proclaimed what he called the era of premium mobile video, a trend that fits nicely with the short-form content featuring name-brand performers in the Facebook Watch deal.

“The time for premium mobile video is now,” Bakish said in a keynote address at the big mobile technology show in Los Angeles, which was largely focused on the opportunities in video, gaming and other sectors created by super-fast 5G networks. “All the enablers are in place to build a valuable mobile video ecosystem.”