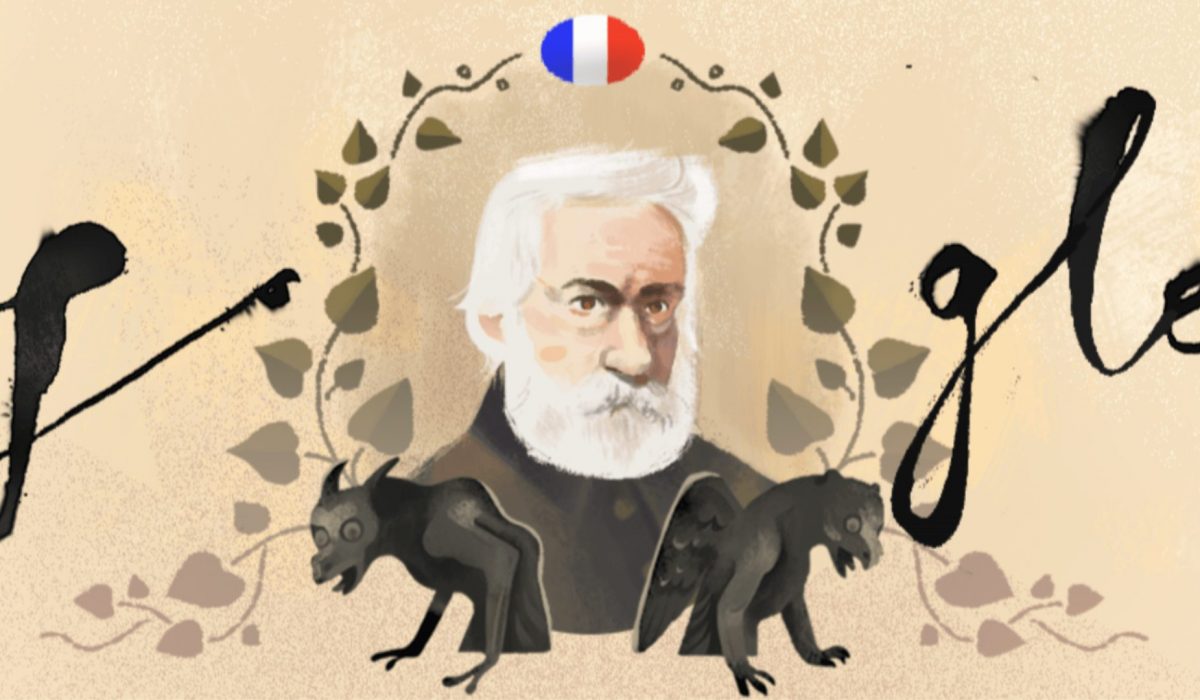 Today’s Google doodle is a callout to French novelist, poet and human rights activist Victor Hugo. The doodle marks the publication date of what is arguably his most well-known novel, “Les Misérables.”

“Before he turned 30, Hugo was already an established poet, dramatist, artist, and novelist,” writes the doodle team on the Google Doodle Blog. “Hugo appeared on a French banknote and is honored with streets, parks, hiking trails, and statues in most large French cities, as well as in Guernsey, where he lived in exile.”

Designed by doodler Sophie Diao, the doodle leads to a search for “Victor Hugo” and includes a slide show depicting key scenes from his work.

The Hunchback of Notre Dame

Google notes that Hugo was exiled for nearly 10 years because of his political views, and it was during that time that he wrote numerous poetry collections and books about social injustice. He would go on to start the Association Littéraire et Artistique Internationale, an organization supporting artists’ rights.

Sophie Diao, the artist behind today’s doodle, has been the creative force for many of Google’s doodles, including last November’s Louisa May Alcott doodle, celebrating the “Little Women” author.

Last year, Diao gave Search Engine Land a glimpse behind the curtain and answered our five most pressing questions about Google’s Doodle team and the work they do: Creating Google doodles that ‘Surprise & Delight’: 5 Questions with Doodler Sophie Diao.

READ ALSO  5 Types of Keywords Every Company Needs to Track