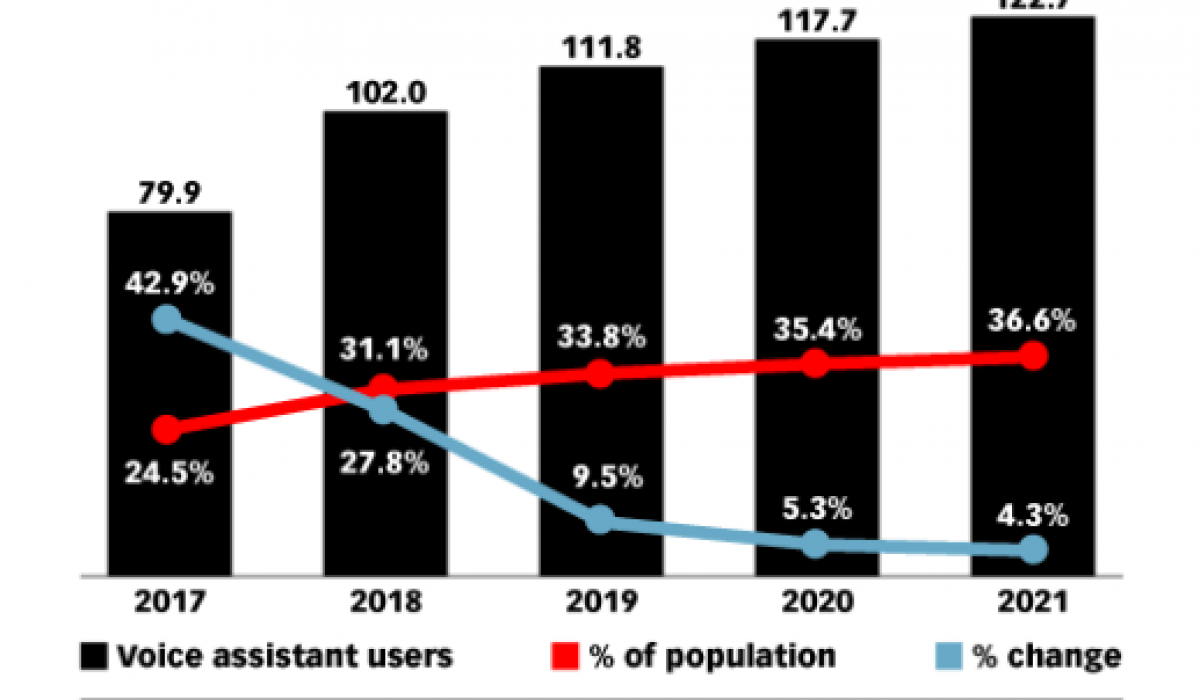 In the past, some people referred to search as “the universal interface.” That role is gradually being taken over by voice assistants.

112 million monthly users. A new estimate from eMarketer pegs the number of monthly users of voice assistants at roughly 112 million, up from 102 million in 2018. The firm characterizes this as “critical mass,” although it still represents a minority of internet users (40%).

By 2021 eMarketer says about 123 million people will be using voice assistants at least monthly.

Smart speakers lag smartphones. More voice search and engagement happens on smartphones than smart speakers, which eMarketer says are used by 77.6 million people. The actual number of devices in U.S. homes may be greater than the number of individual users.

Separately, last week, Loop Ventures released its latest comparison of virtual assistants. The report focuses on smartphones and rates Google Assistant, Apple’s Siri and Amazon’s Alexa in their responses to 800 questions across a range of categories: local, commerce, navigation, information and “command.”

Loop said that the biggest gap in the scores happened with commerce-related queries (e.g., “order more paper towels”). Google Assistant correctly answered 92% of requests while Alexa had a score of 71% and Siri 68%.

The report also expressed surprise at the continuing rate of improvement in accuracy. “There have been dramatic improvements on each platform and in each category in the few short years that we have been tracking the progress of digital assistants.”

Why we should care. A 2018 Microsoft survey found that Google Assistant and Apple’s Siri had identical usage share (36%). But because Microsoft doesn’t own a smartphone platform its digital assistant Cortana has been compelled to reposition (and was not included in the comparison above). For the same reason, Amazon’s Alexa is at a disadvantage vs. Apple and Google.

Ultimately Google Assistant is in the strongest position and will likely become the dominant voice assistant, with corresponding advertising and commerce implications for marketers and brands. An open question is whether or how much voice will eventually supplant traditional search on mobile devices.