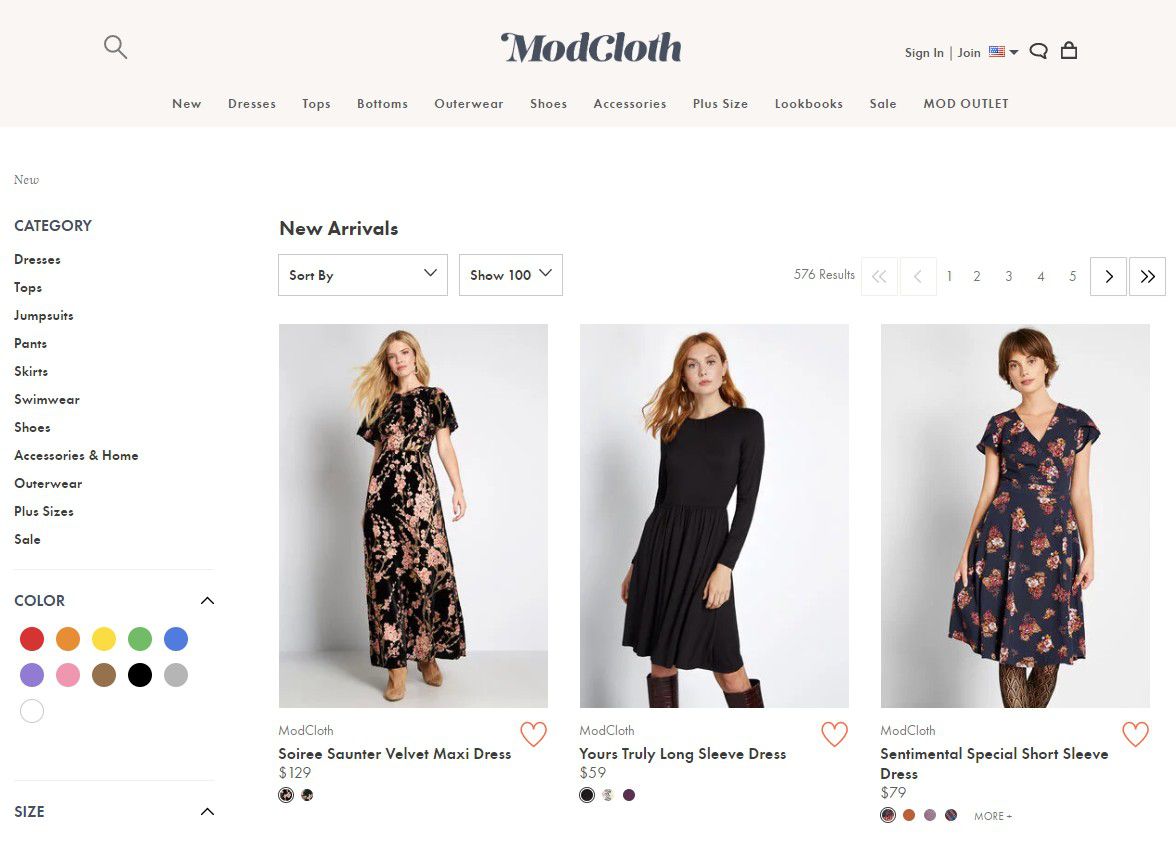 Walmart is selling off women’s clothing company and online retailer ModCloth, just two years after acquiring it. The brand will now be a part of investment firm Go Global Retail, though it will continue to operate independently.

“We expect they will continue in the same direction as before,” Christian Feuer, managing director of Go Global Retail, told The Verge. “I don’t think the customer will see a change. If they do, I hope they’ll be happy with what they see.”

“I don’t think the customer will see a change. If they do, I hope they’ll be happy with what they see.”

Susan Gregg Koger started ModCloth in 2002 as an independent, online fashion retailer. It was known for casting real people as models and being one of the first clothing brands to take the No-Photoshop pledge.

When the company sold to Walmart in March 2017, many customers reportedly felt betrayed. “The thing I loved about ModCloth is that I knew the clothes I bought there couldn’t be found at Macy’s and weren’t worn by the masses,” Connie Warner told The Los Angeles Times. Warner started a Boycott ModCloth Facebook page to protest the store’s new owners. “No more. I’ve unsubscribed from their emails. I refuse to shop at a store owned by Walmart.”

For Walmart, the deal was part of a larger strategy to ramp up its e-commerce business in an effort to compete with Amazon. “When we acquired ModCloth, our primary focus was to build assortment through proprietary, digitally-native brands,” a Walmart spokesperson told The Verge. “Our approach has evolved and our current focus is on building direct to consumer brands that we can leverage in an omni way. Similar to online grocery, we are putting our investments in areas where our omni capabilities and unique advantages put us in a position to win.”

In case you didn’t follow the “omni” jargon, Walmart is trying to focus on products that play well on stores and online. And that makes sense — Walmart has sunk billions trying to compete with Amazon. While some of that money has paid off — online sales went up 40 percent last year in the US — the e-commerce division is projecting losses of more than $1 billion this year.

Hours after the ModCloth deal was announced, The Wall Street Journal reported Walmart was also looking to sell its personal shopping brand Jetblack. The boutique service lets customers shop via text message and have their items delivered within hours — but it was losing lots of money. “As of early this summer, Jetblack was losing around $15,000 per member annually,” The Wall Street Journal wrote.

For ModCloth loyalists who jumped ship in 2017, it might finally be time to come back. While Feuer plans to grow the brand in the US and abroad, he wants it to stay true to its roots. “We’re all focused on ModCloth being a specialty retailer with a specific orientation towards women’s fashion,” he said.