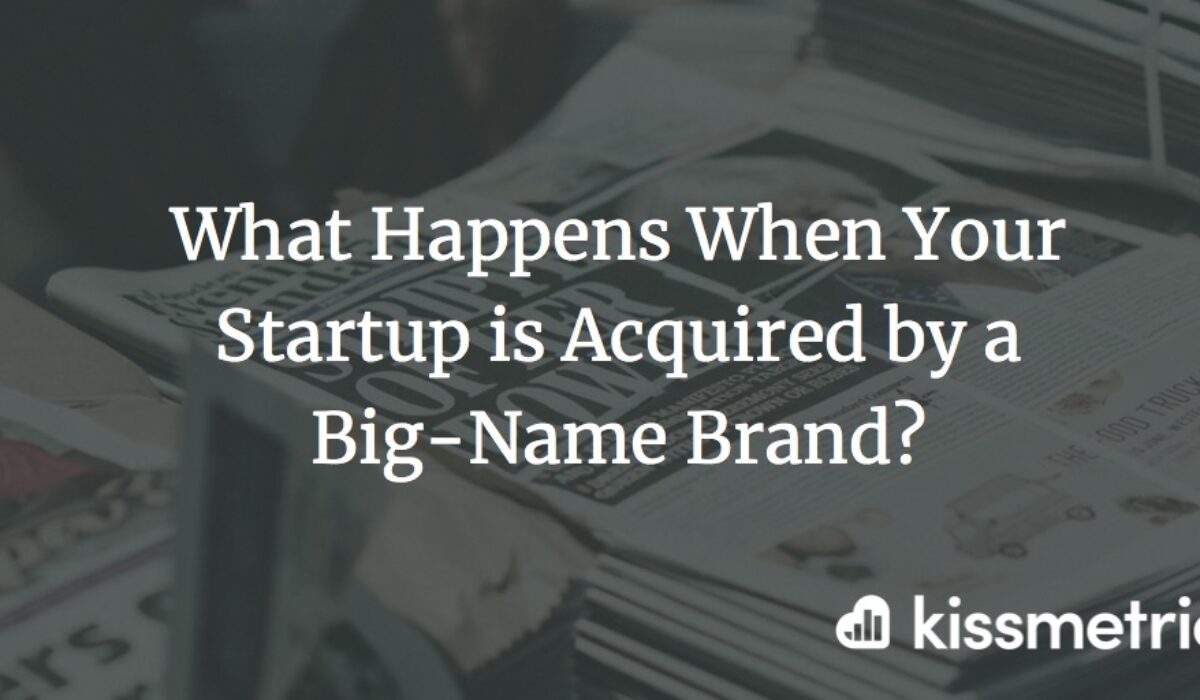 Editor’s Note: Jeff Seibert spoke at Stanford University to discuss what he learned by building and selling startups. This post is a summarization of the talk.

It finally happened. Your promising little startup finally found its niche, got noticed, and got acquired by a big-name technology company. So what’s next? One need only look at Jeff Seibert, former senior product director at Twitter, to learn valuable lessons about how to proceed when your startup is acquired by a larger brand.

Jeff’s first company, Increo, was sold to Box in 2009. His second startup, Crashlytics, was sold to Twitter in 2013, and then, when he became the senior product director at Twitter, he got to see things from the other side of the table. What happens from the big brand’s perspective? How is the startup integrated as smoothly as possible? Jeff played a major role in several notable Twitter deals as well – Periscope being the largest of those. Here are just a few of the many lessons he learned.

Increo was a company founded on the sharing of ideas and collaboration. The company’s first product Feedbackr, was build around the simple premise of uploading a document, and then getting feedback on those ideas and making changes to the file accordingly. Feedbackr was designed during Seibert’s senior year of college, and was launched in May – just a few weeks before graduation.

The product was featured on TechCrunch, where it enjoyed an initial spike of traffic, and then flat-lined. Seibert mistakenly thought that getting showcased on TechCrunch was their big break into the world of startups — but it was only the first step on what would become a long and ever-changing journey.

Throughout that summer, Seibert and his team continued to work on and refine the product – eventually paving the way for it to accept 100 different file formats — a feat that was fairly complex for the time. Since everything was in real-time, people could be drawing on the document while others left comments and notes. The product was immensely popular with freelancers, but never really broke the 20,000-user mark.

Back to the Drawing Board

The pressure was on to keep the company afloat. Despite over three-dozen interviews around Silicon Valley to acquire funding, nothing was happening. Keep in mind that this was 2009, a time when investors were wary of spending a lot anyway because of the lessons learned from the first dot-com bubble burst.

The team went back to the drawing board to look at their core product. There were lots of companies out there that dealt in documents, but very few of them would let you display those documents in the browser, much less add markup and such to them. So the team theorized that instead of having a standalone product – they could partner with other companies to allow their document conversion to power their own platform.

Not a Partnership – An Acquisition

The companies that Seibert and his team approached had a few notable constraints. They wanted exclusive use of the technology and they had to be able to host it themselves, since using a third party would’ve opened them up to all kinds of legal snafus.

Jeff and his team stepped back — realizing this looked a lot less like partnership and more like an acquisition. Suddenly, offers were on the table. Pros and cons were quickly hashed out, and some really pertinent issues percolated to the top. Most importantly:

READ ALSO  Data, Data Everywhere — But Where are the Campaign Insights?

All of these questions helped the Increo team rule out different offers before finally being acquired by Box. Not only was Feedbackr Seibert’s first experience with having a company acquired, but it was also Box’s first experience acquiring another startup.

Making Up for Lost Technology

One of the biggest lessons Seibert (and Box) learned from this acquisition was that even though the deal was small and simple, they couldn’t afford to rest on their laurels. Other companies, like Crocodoc, were leveraging new technology to make document conversions and previews even more user and technology-friendly. Not one to be left behind, Box purchased them as well.

If you’re the purchaser – the one place you don’t want to find yourself in is making up for lost technology — by concentrating too much on what you have, and not what else is out there, it gives your competition time to seize upon something newer and fresher — and being an afterthought is not what you want to be.

Jeff’s second product was actually born out of a frustration with the complexity of syncing systems together. After some time working with document previewing technology, he began working on Box’s sync project to help users keep versions of files neatly synced up and updated. Working on systems to make this happen is highly complex, buggy and cumbersome. These kinds of clients crashed constantly — which in turn lead to the idea of Crashlytics.

In short, Crashlytics detected crashes and uploaded reports to the server. In the beginning, it was cryptic at best, but through further refinement, the process could be automated: detect when the crash happened, where it happened, and save it to the server. As you might imagine, developers and programmers loved the idea — the waiting list was long and people couldn’t stop talking about it.

One of Crashlytics big brand customers was Twitter. They became very attached to the technology and used it in their apps. So focused were they on how useful Crashlytics was that they continued to invite the team to come out to their headquarters and consider working for Twitter. Seibert and his team had no intention of leaving Crashlytics or even selling it to Twitter. They were 100% focused on their own goals and creating a product that people loved.

With a bit more prodding, a few of the Crashlytics team, including Jeff, met with Twitter executives. That’s when it became apparent that Twitter had a set vision for the future of mobile and software development kits — a vision that perfectly gelled with Crashlytics own vision. Here was this complete strategic alignment that meshed together so fully that it was impossible to deny.

READ ALSO  The Scanner: How an accused Bay Area fraudster may have gamed Google to hide Chronicle story

Yet Crashlytics was still its own company. Twitter invested heavily in the company and helped them further build and refine their own product, while the Crashlytics team helped Twitter reinvent their brand and rework their focus on bringing in the very developers that helped make Twitter great.

So here you have one person with two very different acquisition perspectives — one of having their product become part of another brand that needed what they had created, and another where the result is less of an acquisition and more of a “melding of the minds” to create something bigger and better than either could have done alone.

What Big Companies Look For in Startups

Beyond the cultural and technology fit, as well as future plans, there’s the team. It may sound like a small and insignificant piece of the puzzle, as there are countless highly qualified individuals out there. But they must be willing to work within the established company’s culture and brand.

Can they build a solution that’s powerful, scalable, and elegant to solve a pressing need? Have they already built such a solution? And perhaps most importantly, can they, and the solution they’ve built, help win over this market? There’s a big focus on building a team that’s highly energized, highly intelligent and highly productive. The people are what makes the product, and the product is what solves the need. If some of these things aren’t in alignment or agreement, the deal doesn’t happen — which is more often than not.

That’s right. According to Seibert, almost all deals fail. This is just something you come to expect as you do it a few times. From the startup’s point of view, you can’t afford to be burnt out, tired or simply floating about day-to-day, unsure of where or how to best spend your energy. From the company’s point of view, they can’t afford to invest in something that’s just a hobby or an experiment. They need a long-term solution because they have strategies in place both today and well into the future. If both groups aren’t completely committed – things are not going to end well.

Striking the right balance is the bottom line. Making sure everyone is clear and amenable about the path forward is what’s going to make or break an acquisition. Sometimes it works out, sometimes it doesn’t — and there’s nothing wrong with that.

Have you been part of a startup that has been acquired, or were you the one involved in the acquisition? We’d love to hear your perspective on buying, selling or valuing a startup. Share your thoughts and comments with us below!

Kissmetrics combines behavioral analytics with email automation. Our software tracks actions of your users across multiple devices allowing you to analyze, segment and engage your customers with automatic, behavior-based emails in one place. We call it Customer Engagement Automation. Get, keep and grow more customers with Kissmetrics.